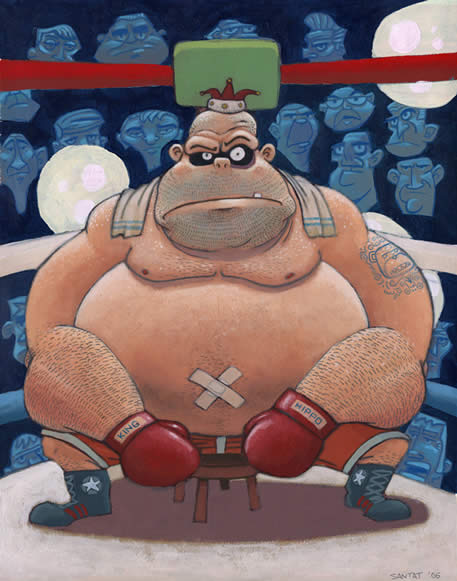 ^ Image above from a cool art site called lifemeter

This rumor stems from N-Philes and is reported on Gonintendo’s site. The rumor is of a new Punch-Out!! game being developed for the Wii. Nintendo apparently renewed a patent for Punch-Out!! in April of ’05. So it’s very likely to assume that they could be developing it for the Wii.

This is only a rumor, but it seems like a logical step for that series to be continued on the Wii.