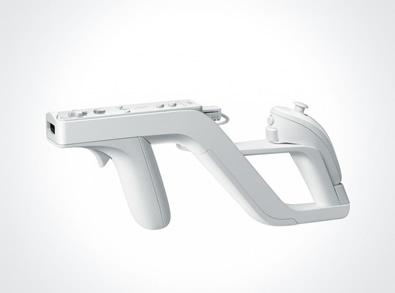 An interesting rumor has popped up this morning on Kotaku about what game will be packed with the Wii Zapper accessory.  There is a Gamestop managers’ meeting going on in Las Vegas and Nintendo supposedly showed off the Zapper with a version of Zelda called, Zelda Crossbow Training.  Here’s a quote from someone who saw it in action:

“The game looked beautiful. I’m pretty sure it was running on the Twilight Princess engine. It’s a third-person game, and you had some control over Link. While the video was way too short to get a good idea of the gameplay, it looks like a light-gun inspired Zelda title.” – GameStop Leak from Opposable Thumbs

And if that wasn’t enough to whet your appetite, the tipster also states that the bundle will only cost $20!  I would hold out on this one until we get official confirmation, but it would be pretty rad if this really happened!