Till we eat again.

Sakuna: Of Rice and Ruin is a side-scrolling action game that’s complemented by a robust crafting/cooking and farming sim. It’ll be released on November 10th in both digital and retail formats, including a limited Divine Edition.

I first met Sakuna back at E3 2019, and apparently was already exhausted from the very notion of the work ahead. 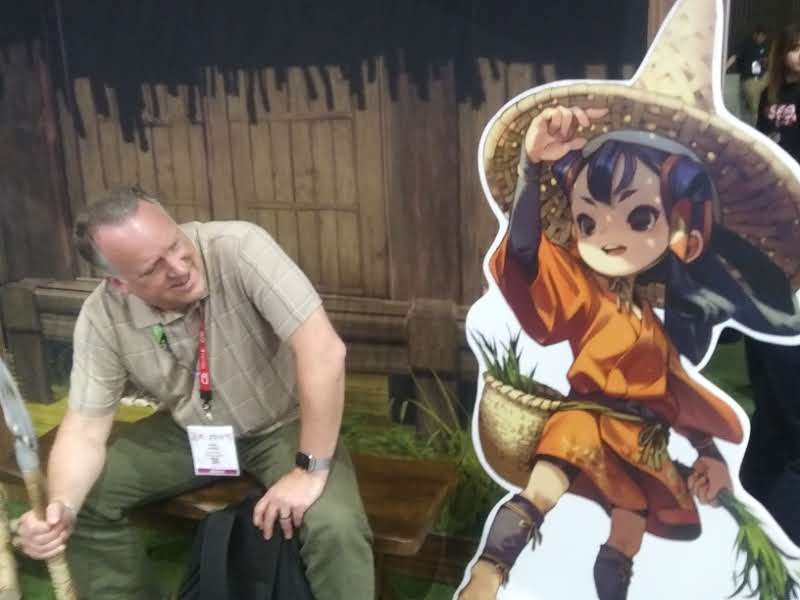 I remember liking the fluid movement and the vivid graphics in the hands-on demo, but was otherwise not terribly moved.

Now that I’ve been able to try out a full preview, consider me terribly moved. I’ve spent a few days now playing Sakuna: Of Rice and Ruin on the Nintendo Switch, and here are my early bullet-point impressions of the full game. Full disclosure: I didn’t meet this boss during my preview. There’s plenty more to discuss here, but I’ll save it for the full review. In the meantime, I’ve played enough to know that if you’ve been even mildly interested in Sakuna: Of Rice and Ruin, you have reason to be excited. The balance and relationship between combat and farming are effective, and both are equally entertaining.

Sakuna: Of Rice and Ruin will be available in the Nintendo eShop and in retail stores on November 10th. For more information, visit sakunaofriceandruin.com.