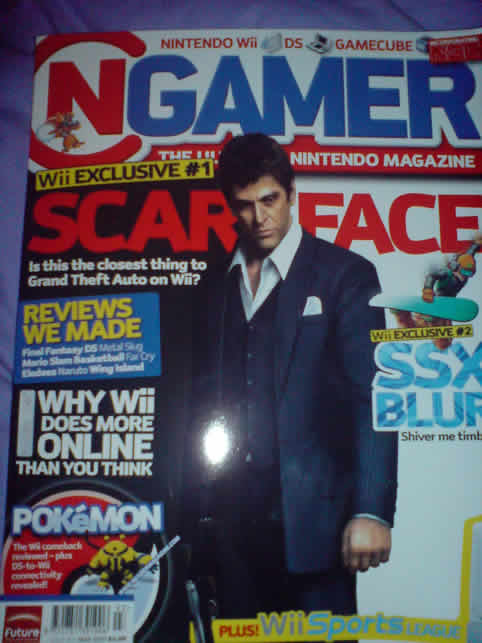 This is great news! Scarface is on its way to the Wii! The game has been out for a little while, but with the promise of a Wii version; I’m more excited for the game than ever!

UPDATE: A few tidbits from the magazine:

Shooting – a key part in most missions – is mapped on to the remote pointer, with players able to direct the aiming reticule around the screen, leaving a trail of Miami dead in its path. Moving your hand to direct Tony’s gun while your body remains still captures Montana’s steadfast mentality perfectly, that stubborn determination to stand his ground – an anchor with an AK.”

“The famous filmic image is of Tony standing in his office doorway, legs wide open, determinedly bolted to the floor with his “little friend” the M16 held firmly in his hands. On the Wii, players will be able to adopt this pose, spraying bullets as one with Montana – gaming and filmic iconography merged into one.”