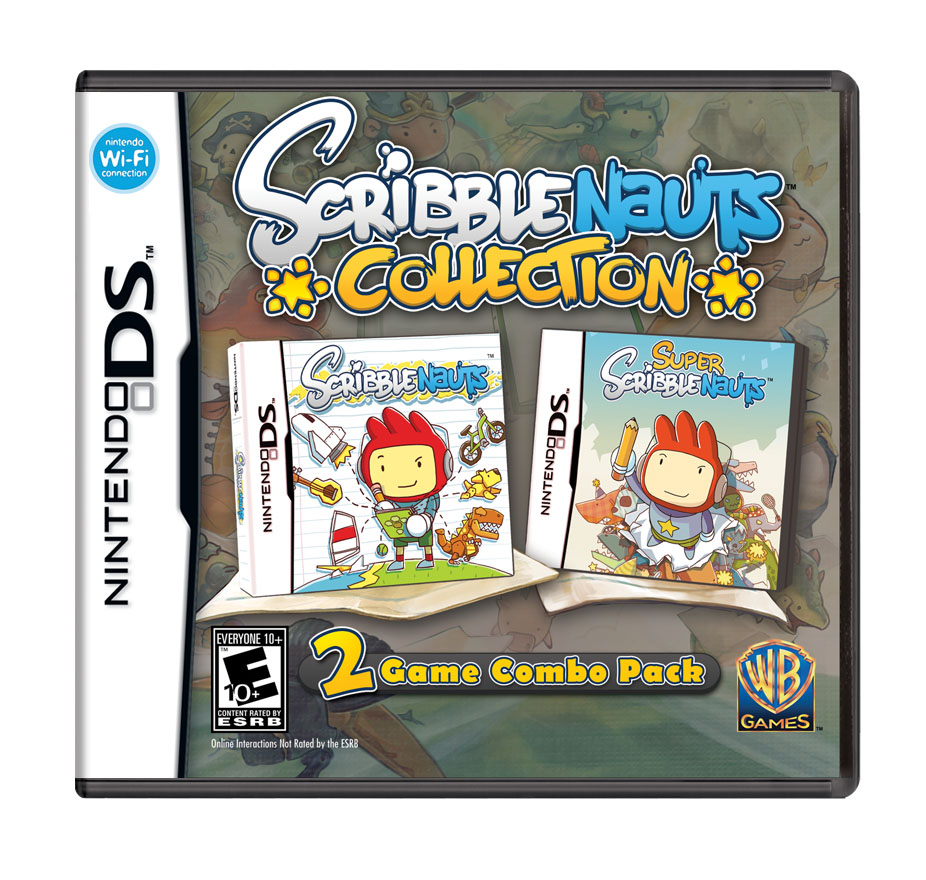 Scribblenauts Collection offers new players an easy introduction to both popular games which challenges players to “write anything, solve everything,” while also providing experienced fans the ultimate collector’s edition for their Nintendo DS system. Players can conquer more than 340 puzzles, get creative in sandbox-style playgrounds and combine countless objects to create completely new scenarios opening up the game to extensive endless replay. Updated with new controls schemes, players now have four different ways to control Maxwell for an easy-to-play gameplay experience.

Scribblenauts is the revolutionary game in which players help their character Maxwell acquire the “Starite” in each level by solving a series of puzzles armed with their stylus, notepad and imagination. Players jot down the word for any object that comes to mind in order to reach the goal.

Super Scribblenauts expands the innovative elements from the acclaimed original with many inventive new features, including an adjectives system that allows players to push the limits of their imagination.  Players have the ability to use thousands of adjectives to change the color, size, style, behaviors and many other aspects of objects to help Maxwell on his quest.

Created and developed by 5TH Cell, the Scribblenauts franchise has won more than 50 industry awards and sold more than six million units worldwide.

Scribblenauts Collection is rated “E10+” and is now available at retail stores throughout North America for S.R.P. of $29.99.