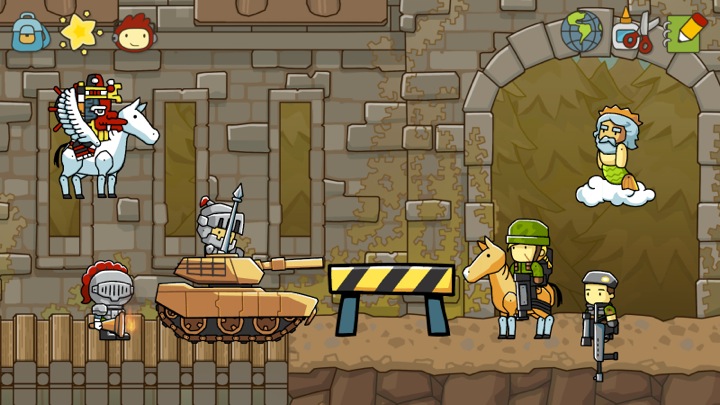 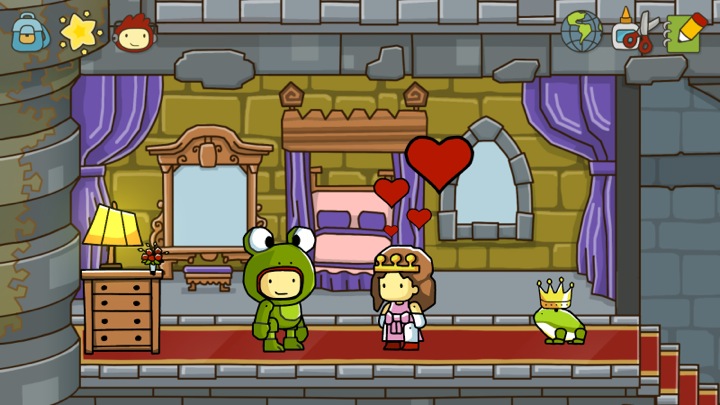 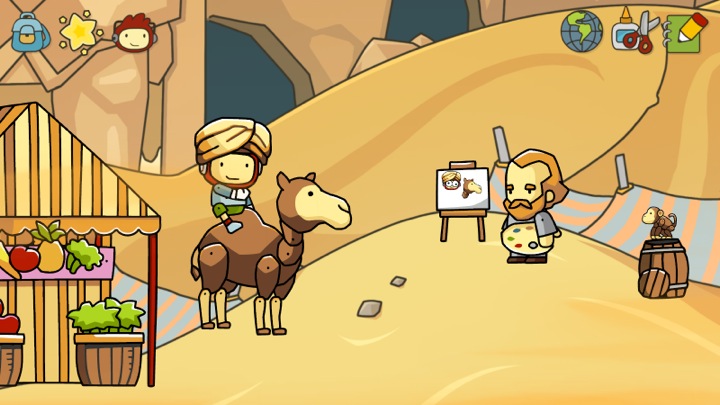 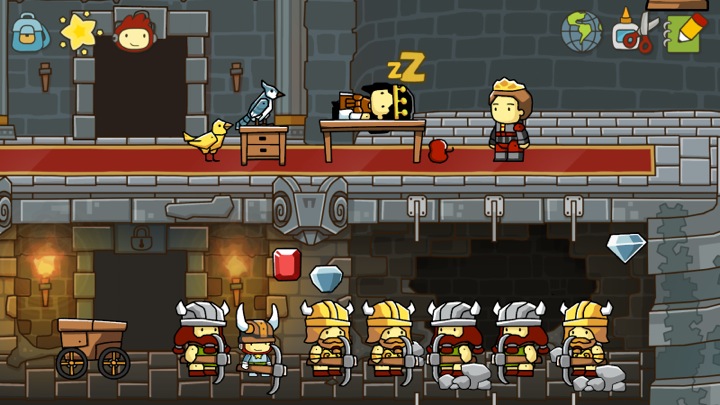 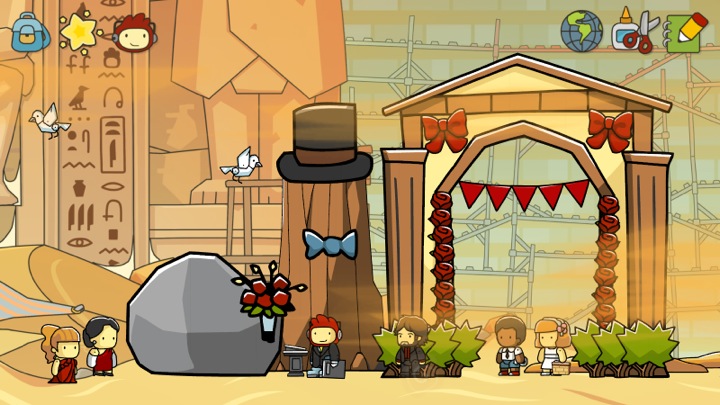 BURBANK, Calif. – November 13, 2012 – Warner Bros. Interactive Entertainment announces today’s North American launch ofScribblenauts Unlimited, a new game expanding upon theaward-winning, video game franchise that challenges players to imagine anything and bring it to life in the game. The popular Scribblenauts series has sold more than five million units to date – making it one of the most successful video game franchises.  Created and developed by 5TH Cell, Scribblenauts Unlimited is available today for the Wii U™ system and Nintendo 3DS™ hand-held system and will be available for PC both physically and digitally via Steam and other digital portals on November 20.

Scribblenauts Unlimited fosters unlimited creativity, unbounded exploration and fun, social elements that create an original experience for fans of all ages. The game features a huge side–scrolling open world with high–definition, hand–drawn scenery and objects where players can help the game’s hero, Maxwell, solve robust puzzles and challenges by summoning any object they can imagine.  Players also learn the backstory of Maxwell’s parents, his twin sister Lily, and how he acquired his magical notepad.

“Scribblenauts Unlimited expands the franchise to its first home console, making it easier and more fun for groups of people to get involved,” said Samantha Ryan, Senior Vice President, Production and Development, Warner Bros. Interactive Entertainment. “The Wii U offers players original ways to interact with the action and the ability toshare the experience with friends and family cooperatively.”

Both Wii U and PC versions include a new “Object Editor” feature that elevates the game’s creativity by giving players the same tools as the developer to make, name, and then share their creations online.  Players can create their own objects from scratch or customize any object in-game by setting properties for how it behaves, and can change itsappearance by resizing, disassembling and altering its texture and color. The user-generated objects can then be shared with all players for use in theirworlds too. Previously summoned objects and players’ own creations can be stored in Maxwell’s “magic backpack” for easy access and future use.

Scribblenauts Unlimited is even bigger with the addition of Nintendo themed bonus content.  Players can summon dozens of their favorite characters and items from the Mario™ and Legend of Zelda™ franchises exclusively in the Wii U version of the game.

Players will delight in producing fantastical and sometimes hilarious interactions between the Mario and Legend of Zelda characters and objects, alongside everyone’s favorite word-wielding Scribblenauts adventurer, Maxwell.  Discovered Nintendo characters and objects will behave in the fun and familiar ways they do in their respective game worlds.

For the first time, cooperative gameplay comes to the Scribblenauts series in the Wii U version of the game.  While one player is in control of Maxwell, a second, third or fourth player can join in using a Wii Remote™ to take control of any object created.

The Nintendo 3DS version of Scribblenauts Unlimited includes StreetPass™ functionality that allows players to see what object other players have used to solve puzzles, plus stereoscopic 3D enhancements for the game’s cinematics.