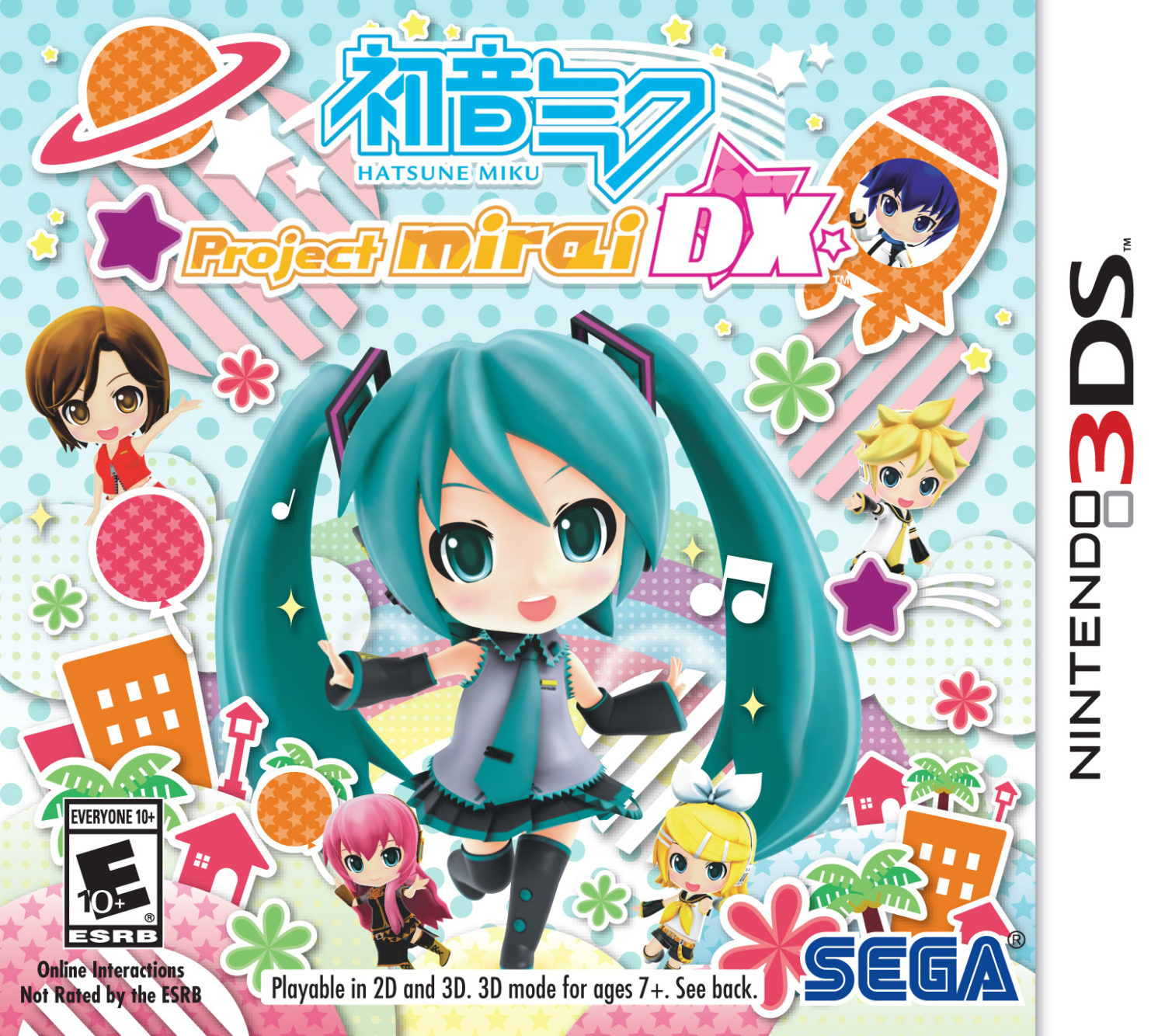 Before we begin, let me just say that, yes, we have reviewed this game once before, and you can check it out here.  Second Chance Reviews is a new segment where we take a look at games that may have deserved a second look. The original score will still stand, but the Second Chance score will stand along side it.  Now onto the review.

This comes as no surprise, but much of the content in Hatsune Miku: Project Mirai DX is catered more towards fans of vocaloid music than to fans of rhythm games in general. Don’t worry, as the game still has something to offer for the rhythm game fan. Each of the beatmaps feel distinct and challenging enough to keep the experience fresh from track to track. While the game’s strength lies in the rhythm mode, the other elements and modes feel a bit neglected. Ironically, even though this is a music game, I’m not going to comment too much on the music itself. I was never a fan of J-Pop, and Hatsune and her gang did not do much to change that opinion. Some songs like “Piano x Forte x Scandal” and “On the Rocks” have merit, but I’ve always had a bias towards Jazz, Funk, and other Big Band pieces. The vocaloid singing itself sways back and forth on the uncanny valley spectrum, and I’d rather hear a live human perform over a vocaloid. Sorry, Miku fans. The real meat of the game lies in playing through the tracks, of which there are over 40. Players can choose to play by tapping or hitting buttons. Increasing difficulty adds another input, as well as more beats. In most cases playing on normal, players won’t run into too much trouble. The real challenge lies in topping your score, and earning more Mirai Points (the in-game currency). However, boredom may set in quickly unless you move up to hard mode once you get the mechanics down. Performing well enough on some songs will unlock an even higher level. High ranks also unlock new furniture and outfits for your vocaloid partner. For those who go that extra mile, some songs have an super hard mode which unlocks after obtaining an S rank in hard mode. Playing through songs multiple times also unlocks the tracks sung by other vocaloids, which I feel is  a good selling point of their entire vocaloid concept. Even in this hectic mode, all of the beatmaps feel challenging enough without seeming unfair or impossible. Tapping controls amount to tapping and swiping, while button controls consist of simply pressing the correct input at the right time. Both schemes feel solid, and it is certainly satisfying to hit the beat at the perfect moment. The only caveat is that the mapping changes from the beat, to the lyrics, to the individual syllables multiple times in one song, so getting the timing can feel pretty wonky at first. The beat line running all over the screen doesn’t help matters either. After a few repetitions, though, players will be able to make sense of the rhythm. I would also recommend turning down the SFX, so the constant percussion you are producing doesn’t drown out the song.

Once you leave the rhythm section of the game, things begin to fall apart for Mirai DX. You team up with a vocaloid partner, but the partnership is closer to that of The Sims. You can adorn your pad with furnishings and decorations, and purchase clothing to dress up your partner. Finally, there is an alarm/bedtime function. Setting your favorite songs as an alarm seems like a good idea, but the 3DS has to be open and on for the function to work. Putting the partner to bed turns off the music, but you still have to deal with a glowing screen if you want to use the alarm. There is also an affinity system, but aside from unlocking some pajamas, I can’t find any sort of benefit. 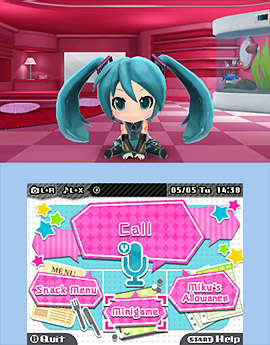 This is a music game, so there is no surprise that you can create a playlist of your favorite songs, or just listen to all of them. The music plays regardless of having your 3DS open or closed, so you can listen to music on the go, which I feel is a nice touch. You can also watch any of the music videos you cleared without having to focus on timing; just sit back and enjoy the show. 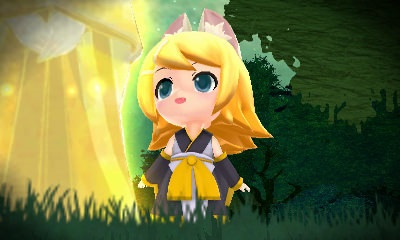 Players can also create their own songs, but options are very limited. There are only two octaves, no ability to create chords, and the game only allows you to compose a few bars of music. Considering actual vocaloid software prices reach into the triple digits, I’m not put off that a 3DS game isn’t able to compete. Players can also flex their creative muscles by coming up with a dance routine. Here, you have a decent variety of dances to choose from, so finding the perfect combination may lead some fans to sink an hour or two into this mode.

Project Mirai DX’s biggest draw is the rhythm mode, which it handles competently. The game provides a solid variety of songs, and the challenge and score-chasing elements will keep fans coming back for more. Unfortunately, most of the features outside of the rhythm game are just set dressing, and don’t really add to the experience. Even something like a basic story, even if universal to all of the vocaloids, could have given the hang-out mode so much more weight. When composing music, even just a couple more bars could have improved the experience tremendously. If you are a fan of Hatsune Miku or rhythm games, you really can’t go wrong with Project Mirai DX.