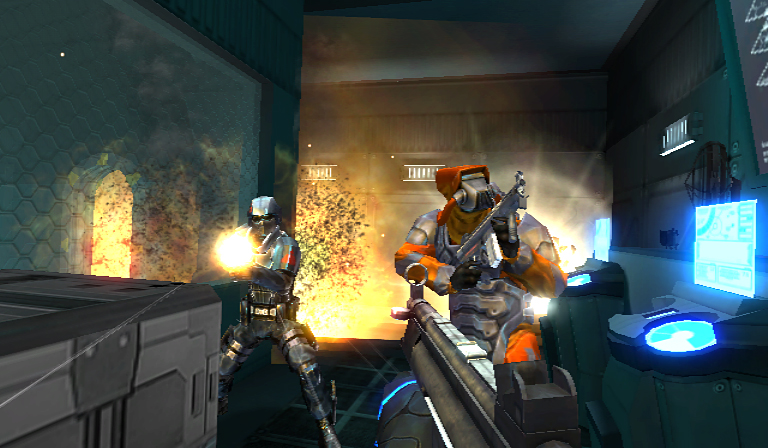 Come next year, you’ll have the chance to play the epic sequel to last year’s award-winning Wii-exclusive, The Conduit. With the overwhelming positive response at both E3 and PAX, High Voltage Software came up with new ideas and took in fan feedback. Because of this, the game is extending its development a few more months in order to bring players the most complete shooter on Wii. Conduit 2 will support the new Headbanger Headset for Wii , classic controllers and features additional modes, weapons and epic boss fights!

We also have a brand new trailer showing off some of the new weapons, enemies and environments you’ll encounter next year. Oh, did we mention split screen and online multiplayer combat? Head on over to the asset link above and check it out!

Picking up on the heels of its predecessor, Conduit 2 puts you on the embattled front lines of the war to save humanity from the alien onslaught. Travel to the far ends of the earth to put an end to the struggle. The enemy is everywhere and the deck is stacked — trust no one. Turn the tide with the most powerful arsenal ever assembled, and bring the alien menace to its knees.

Conduit 2 is set to release February 2011 exclusively for Wii. The rating for the game is currently pending. For more information on the game, please visit the SEGA website at www.conduit2game.com.