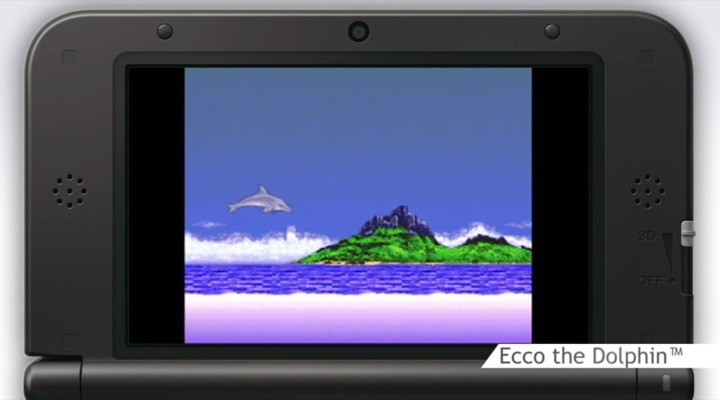 I’m glad to see some more 3D Classics coming to the 3DS.  I can’t remember the last game that released as a 3D Classic.  The last one I downloaded was Excitebike 3D if that tells you anything.  I’m glad to see that SEGA has finally announced dates for several 3D Classics like the original Sonic, Ecco the Dolphin, and Altered Beast.  The games were announced back in July during a Nintendo Direct Mini so it’s nice to see they’ll be available before the end of the year.

Which of these 3D Classics are you most excited about downloading this Holiday?

SAN FRANCISCO & LONDON – October 30, 2013 – SEGA® of America Inc. and SEGA® Europe, Ltd. today announced details on the highly anticipated 3D remake of iconic and arcade classics for the Nintendo 3DS™ hand-held system. Each of these titles will be priced at $5.99/€4.99/£4.49 and available for download in the Nintendo eShop on Nintendo 3DS. Release dates for the titles are as follows:

“These games were completely re-built to offer a robust 3D experience that offers more modern gameplay while still keeping true to the original,” commented John Cheng, President and COO, SEGA of America. “We look forward to bringing these classic SEGA titles to Nintendo 3DS for fans – both old and new.”