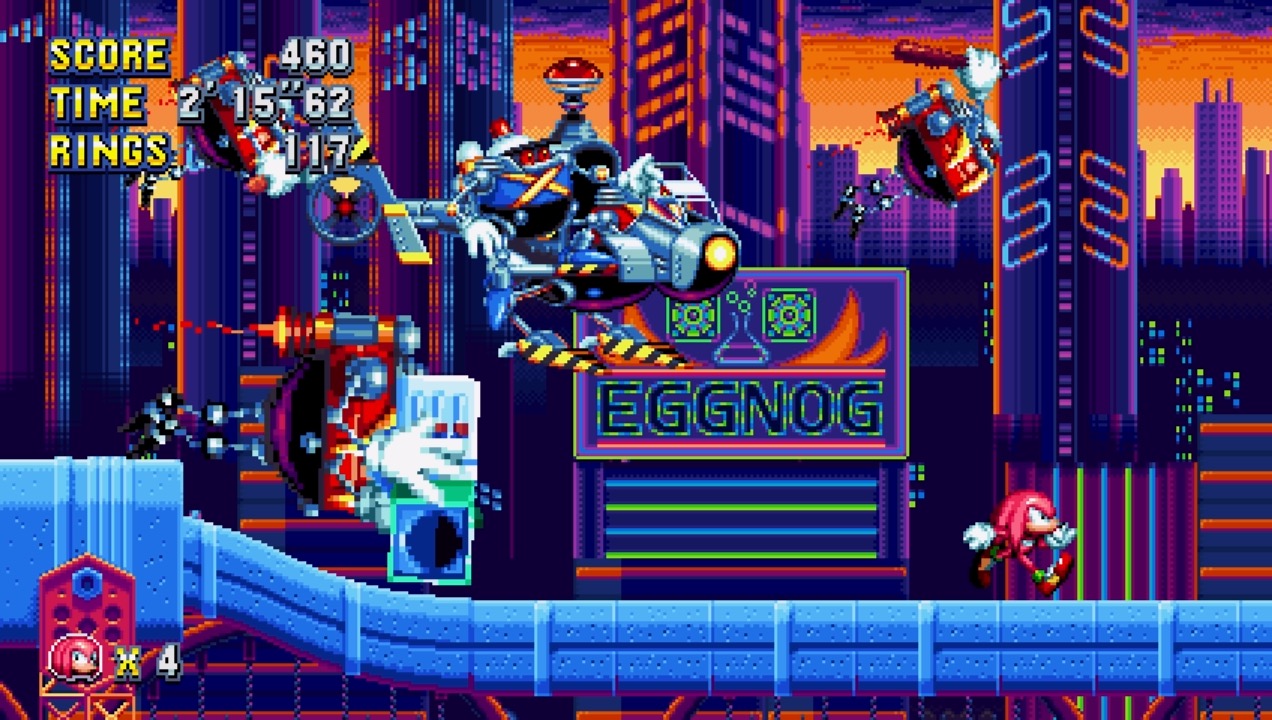 Burbank, California — March 10, 2017 — Today, SEGA released footage of a new Act, as well as revealing a brand new boss, that will be featured in the upcoming classic 2D platformer Sonic Mania. Green Hill Zone Act 2 presents an all-new area exclusive to Sonic Mania, expanding upon the tropical setting of Act 1, now with new mechanics, obstacles, and secrets to uncover. You like fire, right? Now you can use it to burn log bridges and collect rings and power-ups! Green Hill Zone Act 2’s boss is also notably different from the original, but we won’t be spoiling that yet.

Also revealed today is the first in a series of new bosses, called the “Hard-Boiled Heavies”. These unique foes are part of Eggman’s new arsenal, each equipped with special skills designed to make a blue hedgehog’s life much harder.

The first of these, “Heavy Gunner”, will appear at the end of the Hollywood-inspired Studiopolis Act 1, and is a large, decorated robot who can take to the sky with his helicopter. Heavy Gunner is armed with a powerful rocket launcher that he uses to discourage “speeding”. (Sources from Studiopolis confirm this method is, generally, highly effective.)

Sonic Mania is the ultimate celebration of past and future, blending Genesis-era Sonic platforming with New Zones, Powerful Bosses, and 3 Playable Characters, all presented at a gorgeous 60 FPS. In the span of 25 years, Sonic has collected countless rings across various Zones, and Sonic Mania revisits what it was that first made Sonic great, all while building upon that foundation and giving old and new fans alike an experience that will leave them smiling.

Sonic Mania is developed by SEGA of America in collaboration with Christian Whitehead, PagodaWest Games, and Headcannon. It will be digitally available for PC, PlayStation 4, Xbox One, and Nintendo Switch in Spring 2017.

Sonic Mania will also be shown on the show floor at PAX East from March 10-12 at the following booths, with fans able to follow livestreams during the following times: