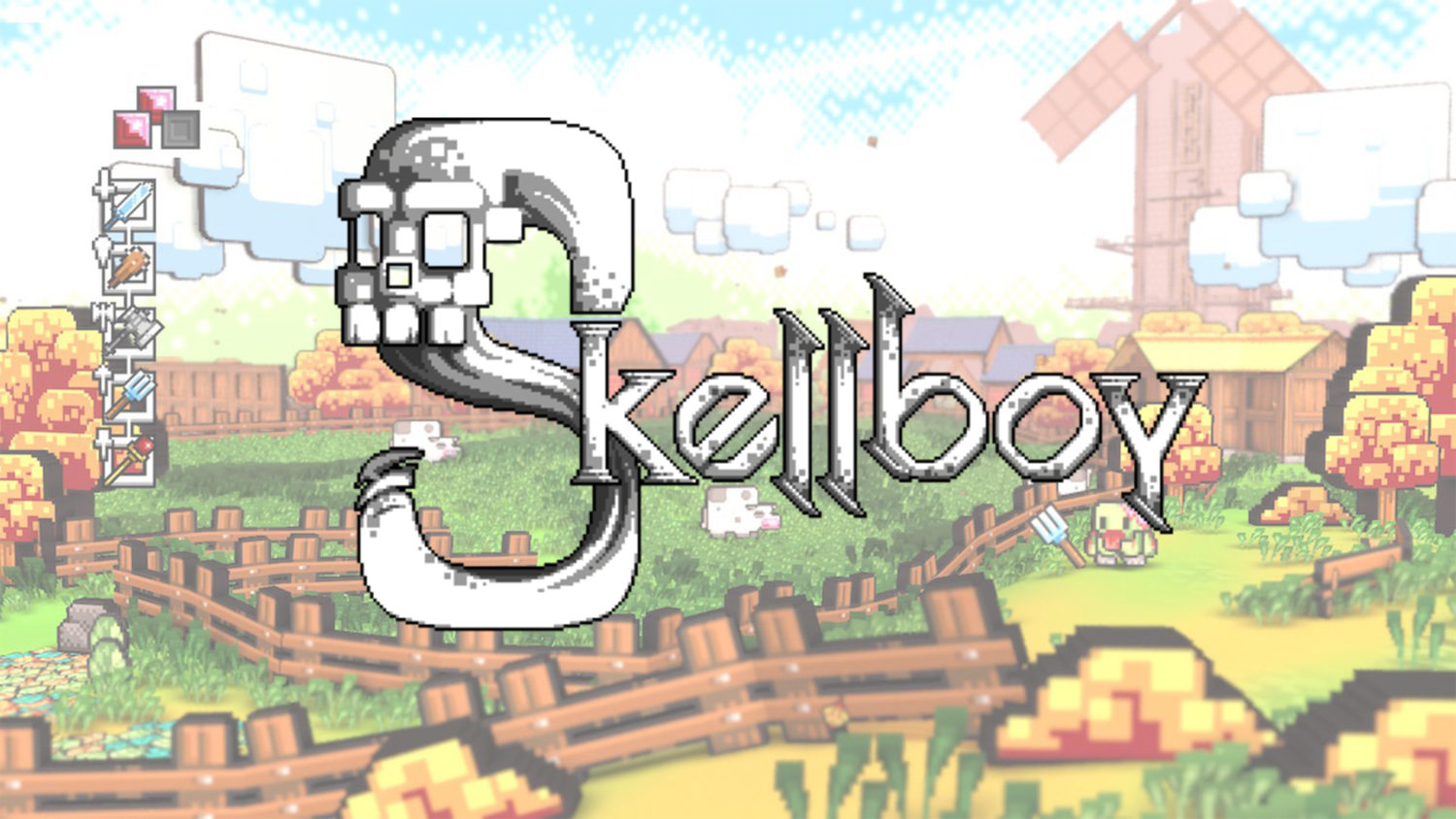 Considering the massive influx of titles hitting the Nintendo Switch every week, it’s easy to fall in love at first sight with games, especially if their visual direction is far-flung from the pack. Skellboy certainly falls into this category. 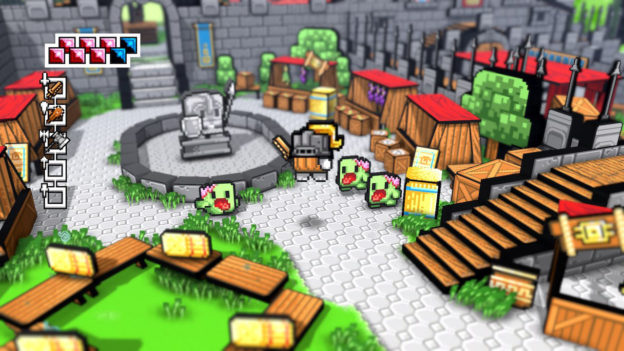 The game takes place in a 3D voxel land called the Cubold Kingdom, where you play as Skippy, a skeleton who must save the land from the evil wizard, Squaruman. Skippy may be nothing but a pile of bones, but he’s got a knack for wearing many hats. And feet, torsos, and heads for that matter.

After slaying certain enemies, Skippy can take pieces of their defeated corpses and put them on, effectively giving himself their abilities. This whole concept seems pretty grisly, but considering the game’s design is incredibly cartoony, it’s far more Paper Mario than God of War. Much of the game is helping Skippy harvest new pieces of – let’s call it “outerwear” –  to reach new heights, and in some cases, unlock new areas.

Initially, the game smacks of a 3D Link to the Past clone, where a sword-wielding character must attack hoards and traverse through puzzles to advance. One gameplay element that shakes things up a bit is the fact that much of the game involves platforming. Unfortunately, it’s incredibly static.

There isn’t much leeway when it comes to jumping. It’s not as clunky as Castelvania on the NES, but it’s far too easy to barely miss the mark. This is especially annoying at the beginning of the game, easily the game’s slaggiest part. There were times I wanted to put down Skellboy for good after a few times because of the rarity of checkpoints in the first dungeon.

Skippy is also armed with a slew of more recognizable weapons, including swords, lances, wands, bats, and other basic armory you would expect a knight to have. Each of these allows Skippy to unlock new paths or reach places that were blocked off before.

And while Skellboy’s voxel graphics are beautiful, sometimes the dedication to themes makes the game look muddy. Dungeons are muddy and dark, making it difficult to see where you are in relation to everything else. I suppose a pit with poor lighting may have been thrown in as a challenge, but it felt more like a chore, and worse, an eyesore. 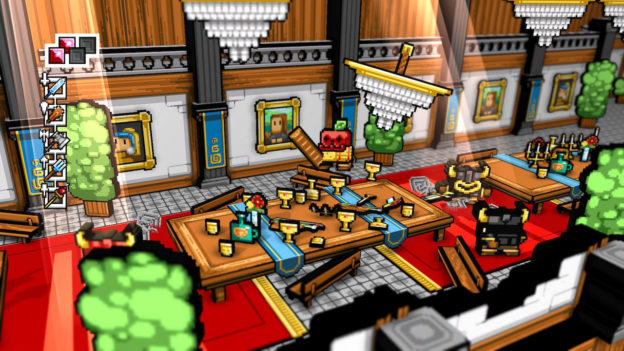 That said, when Skellboy is good, it’s great. The body-stealing mechanic is inspired and makes for some interesting abilities later on. I won’t spoil anything but one garment involves fire and lots of it. And despite some areas looking less polished than others, the voxel graphics are gorgeous and add plenty of personality to this new entry.

If you put Zelda’s action-RPG system, Paper Mario’s platforming, and a heavy dash of voxel graphics into a blender, you’d likely get something resembling Skellboy. At times, admittedly, the game lacks polish and can drag quite a bit, especially in the beginning. Nevertheless, it brings new ideas to the platforming and RPG genres, while looking pretty stellar to boot.