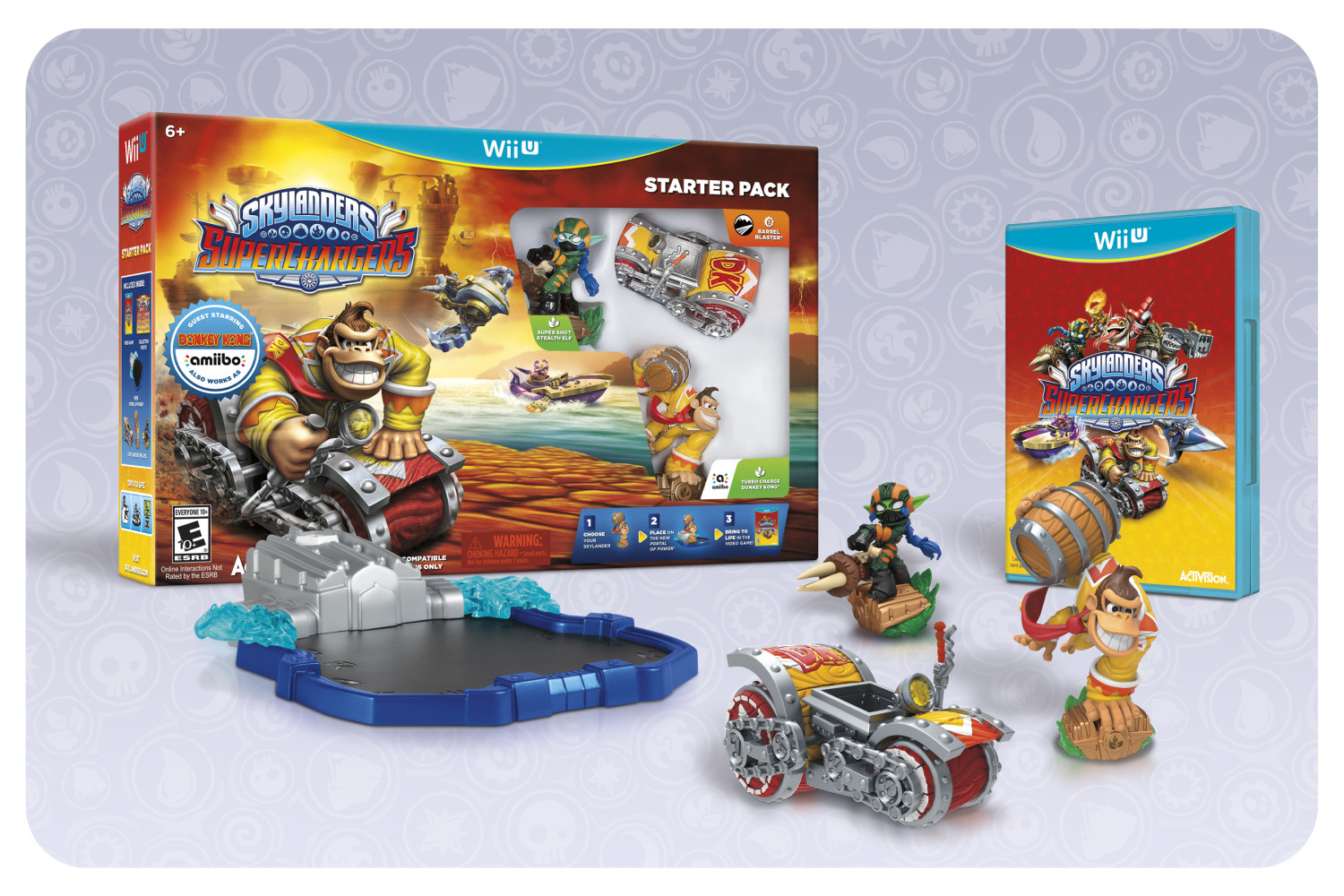 The leading toys-to-life series is about to become even more popular as amiibo support will be included in the Nintendo Wii and Wii U versions of Skylanders SuperChargers!

These hyrbrid Sylanders/ammibo figures were introduced during the Nintendo Digital event by Karthik Bala from Vicarious Visions.  He showed off two unexpected guest stars -Turbo charged Donkey Kong with his Barrel Blaster vehicle, and Hammer Slam Bowser in the Clown Cruiser. 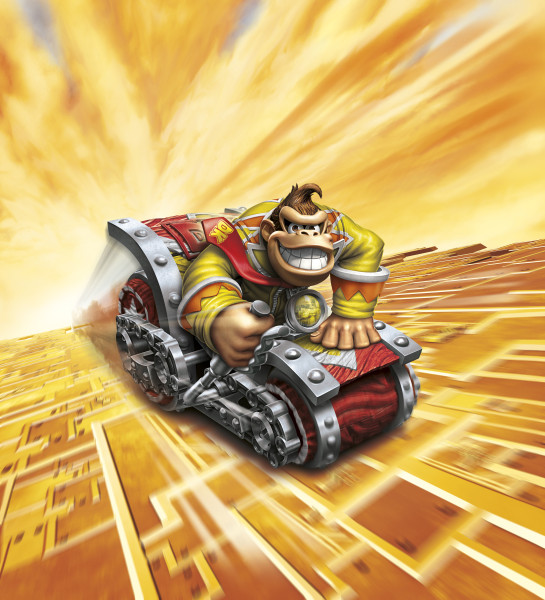 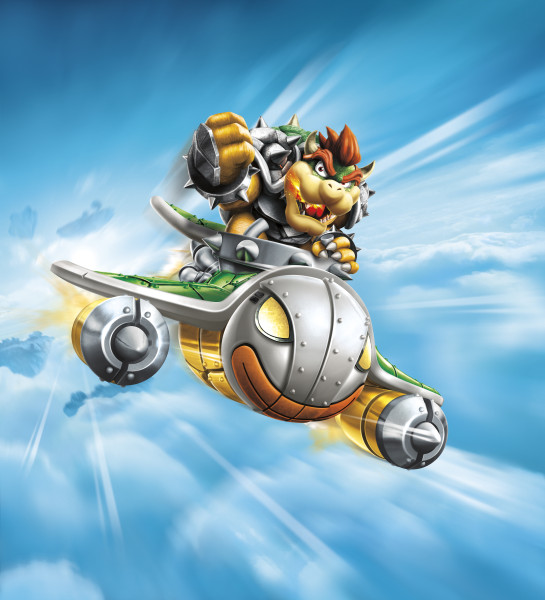 Both figures are upgradeable with classic and unique move sets.  The base of the characters can be twisted, to act as either Skylander figures or ammibos. 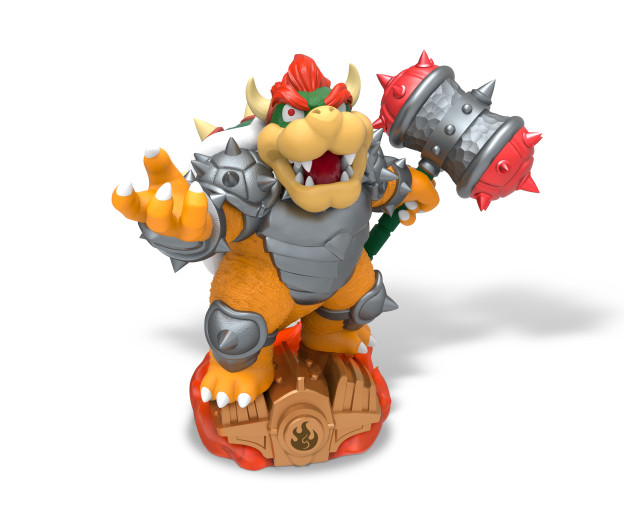 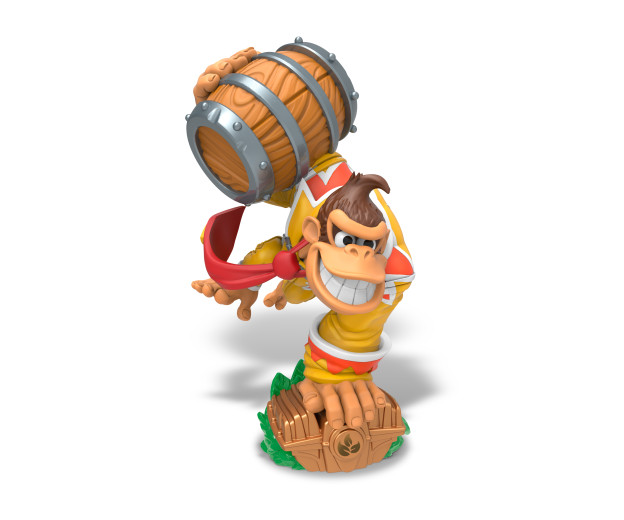 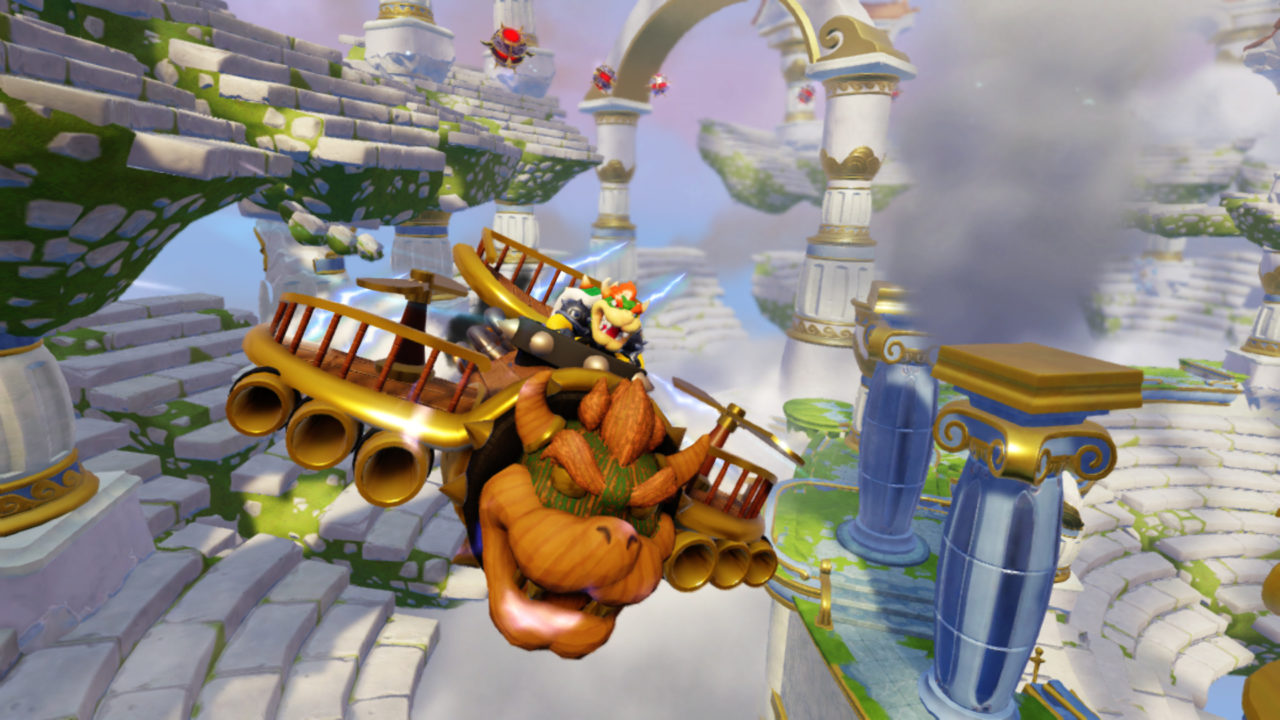 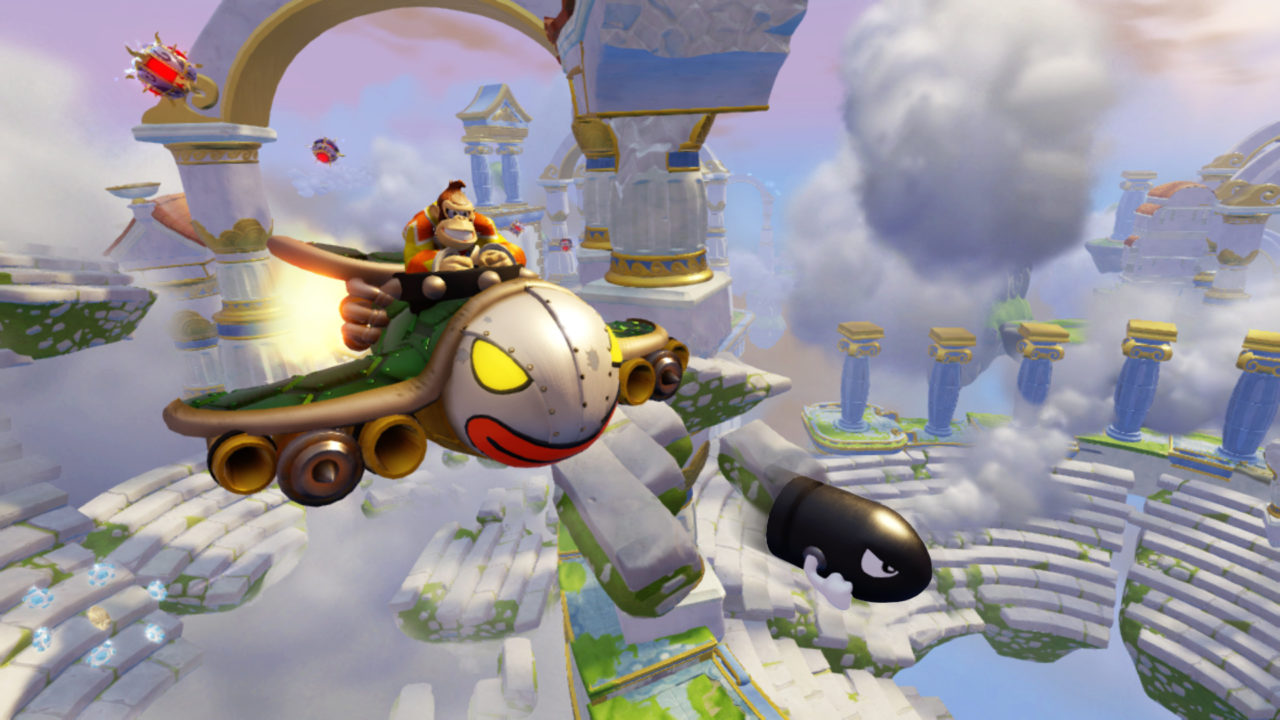