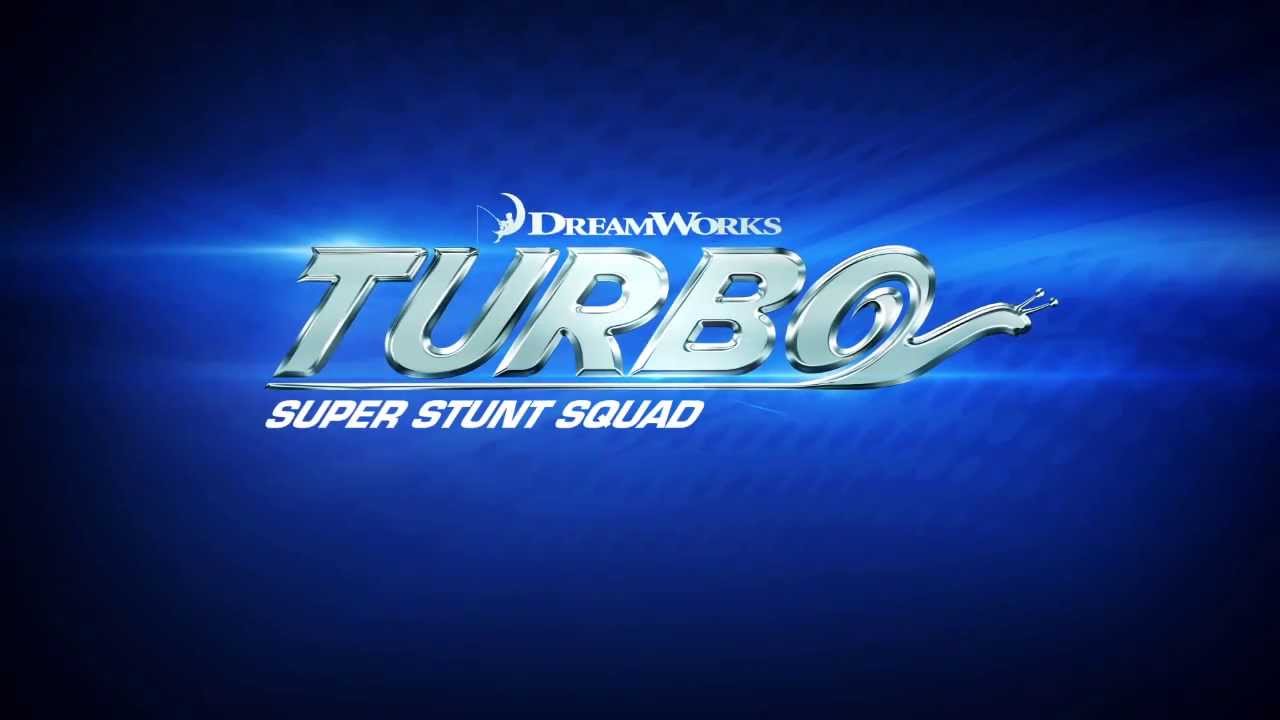 Turbo: Super Stunt Squad is the companion game to the upcoming DreamWorks film, Turbo. In a press release, we received a quick intro guide to the characters that will be playable in the game. Each character has a unique “Signature Trick” which hints to differences between the playable characters, but I wonder if it will extend to disparate stats with the characters, like faster top speed, acceleration and turning. Also, I am a little freaked out by the character “Skidmark”, not only because of the odd innuendo attached to his name, but also his unnerving look. 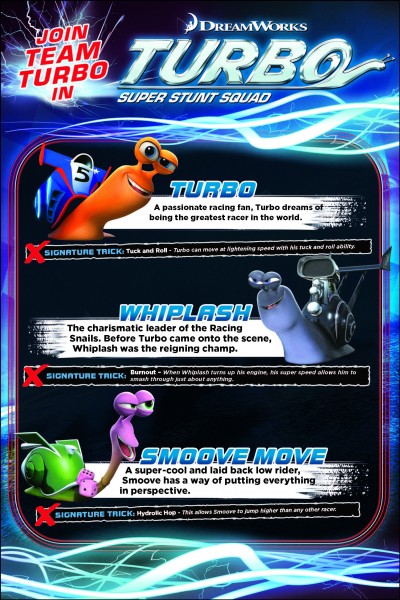 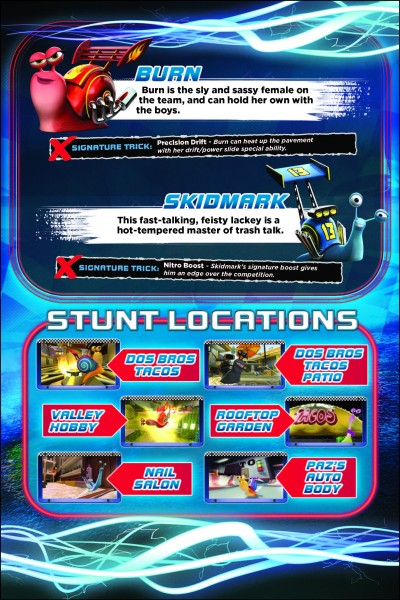 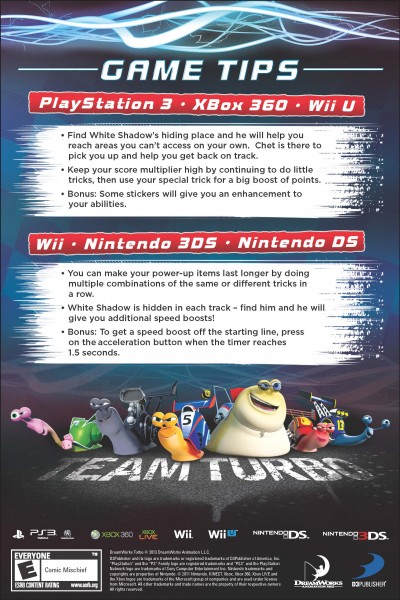 Ladies and gentlemen, start your snails! D3Publisher has released a brand new Character Reveal Guide for Turbo: Super Stunt Squad featuring character profiles, game locations, and tips to help you race your way to being a champion.

Based on DreamWorks Animation’s upcoming animated film about an ordinary snail getting the power of super-speed after a freak accident, Turbo: Super Stunt Squad is a high-velocity action game featuring a crew of super-charged characters in the movie. Turbo: Super Stunt Squad will be available for Wii U, Wii, DS, 3DS, Xbox 360 and PlayStation 3 on July 16 to coincide with the domestic theatrical release of the film on July 17, 2013.