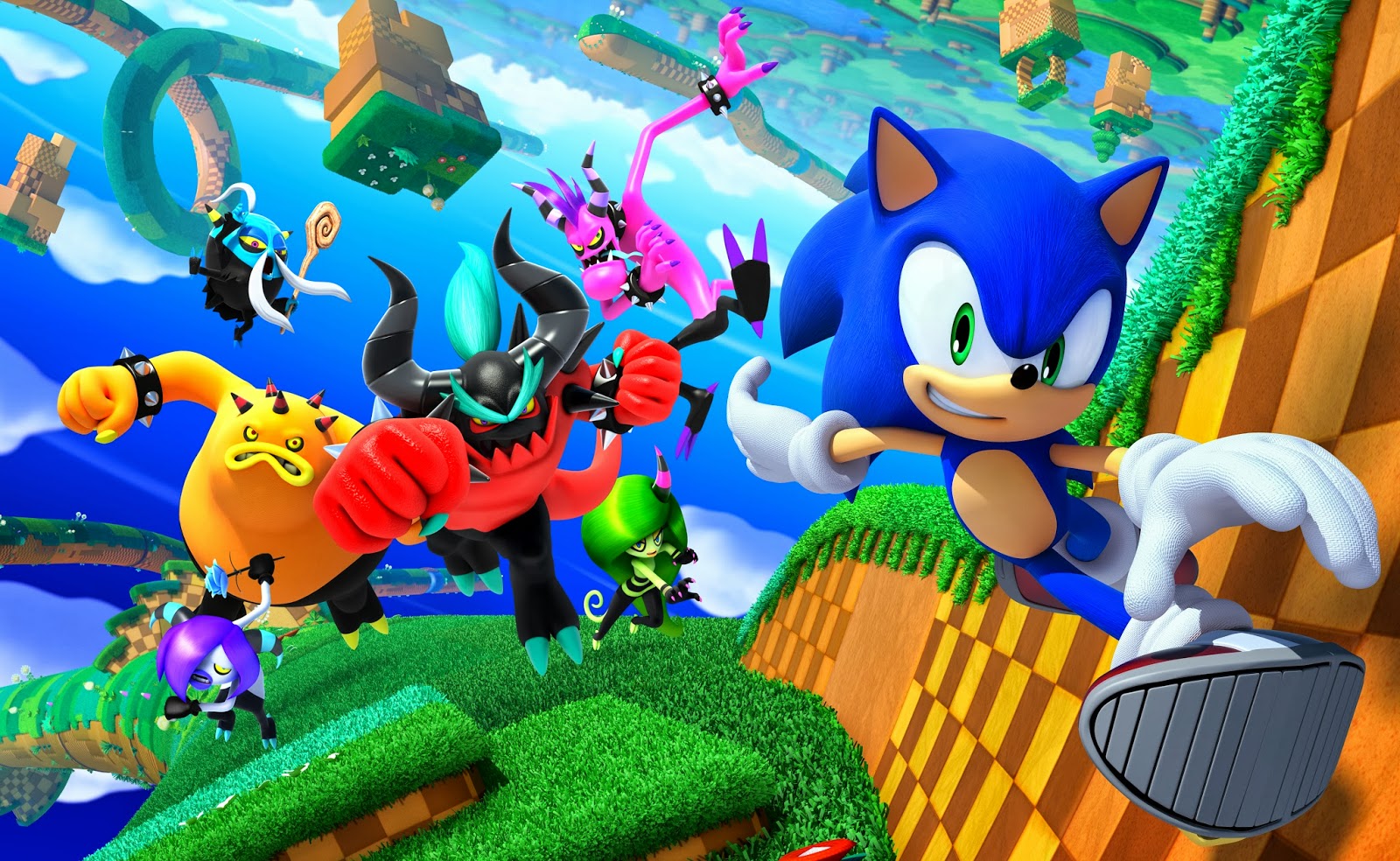 Below is some concept art that Sega has posted on their blog.  Each of the images below also has some notes about the piece of concept art from the development team. 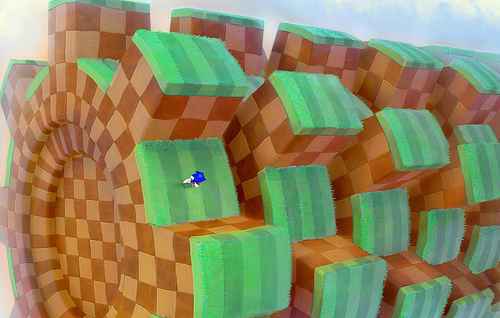 An early development idea which the gears are rotating in different direction. Looks painful if you get sandwiched. 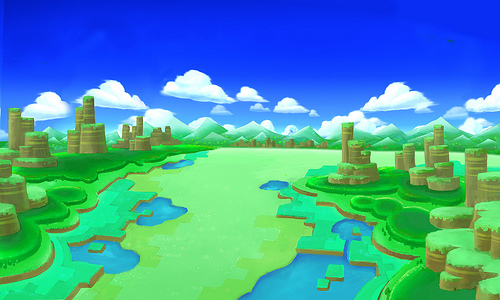 The concept was totally new, so we couldn’t decide the direction of the design. It was tough as we had to re-make this first stages over and over. 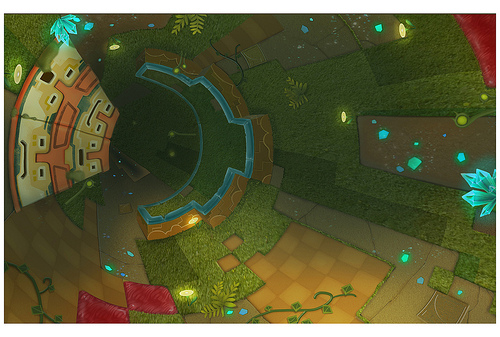 The inner cylinder was very confusing when designing as what it was ceiling would be a ground in next second. 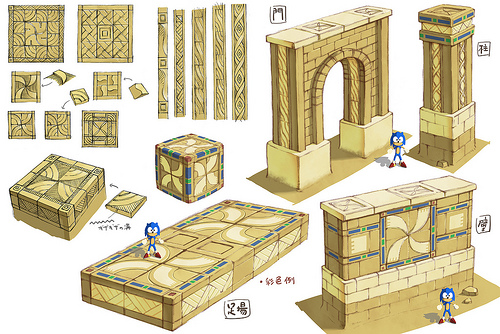 We were requested a simple design, but that makes it hard to create a sense of scale, and made Sonic look small. Taking balance to achive this was very difficult. 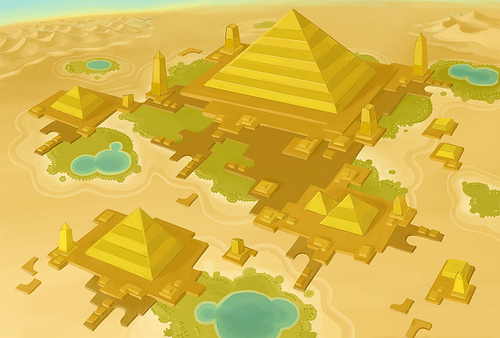 When you hear desert, you will imagine pyramid and oasis. It’s a stereotype, but we felt it was very understandable. 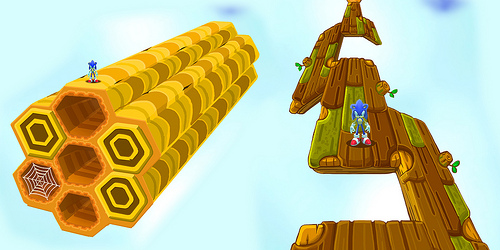 When you play the game, you actually can’t see the side part of this stage, but the design is based on a hornet’s nest. 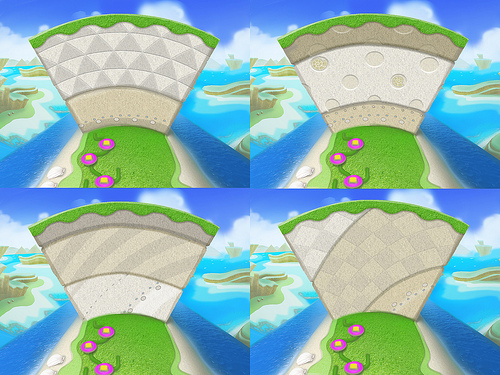 You are not copying the real world, so we sometimes get lost what kind of design is the best. 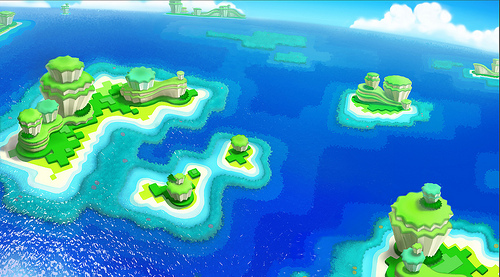 When you design a tropical stage, you really want to take an holiday and go there. I felt this way especially when I was making this stage. 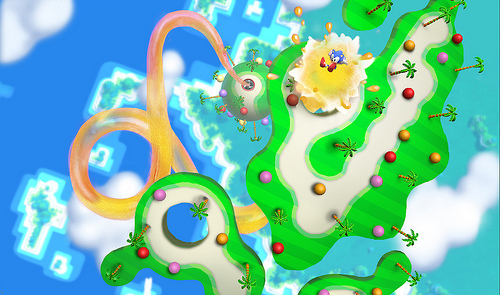 It looks flat in this art, but it is actually on a huge sphere, so it was very difficult to design. 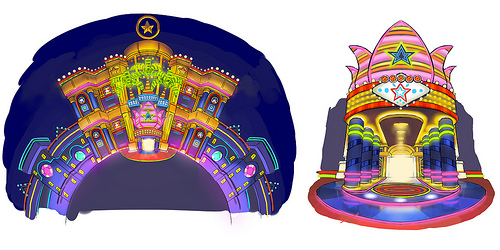 Very early image of the Casino stage. There are too many blue color and may be hard to find Sonic. 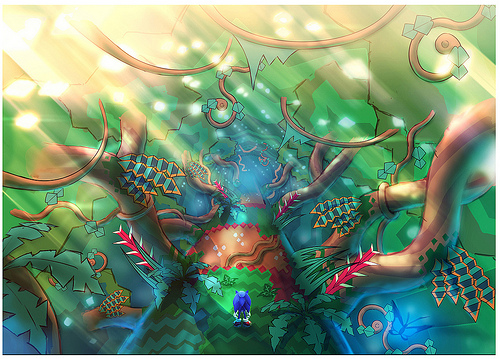 There are various types of plants and trees, we re-designed many times and it was very tough to make it look “Jungle”. 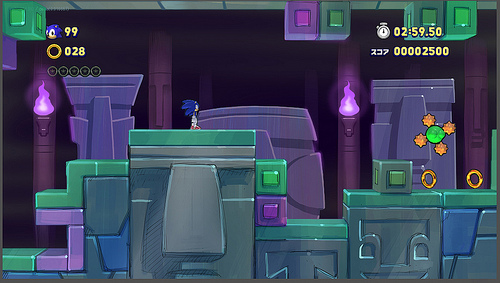 It may be hard to recognize, but we thought it’s funny if water was coming out from the eyes and nose of Moai in the background, so we did that. 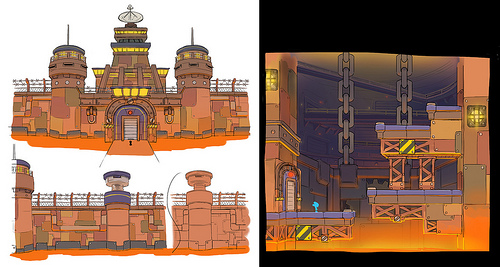 Did Eggman run out of budget in the final stage? You can see many patches and looks very easy to tear down this place.