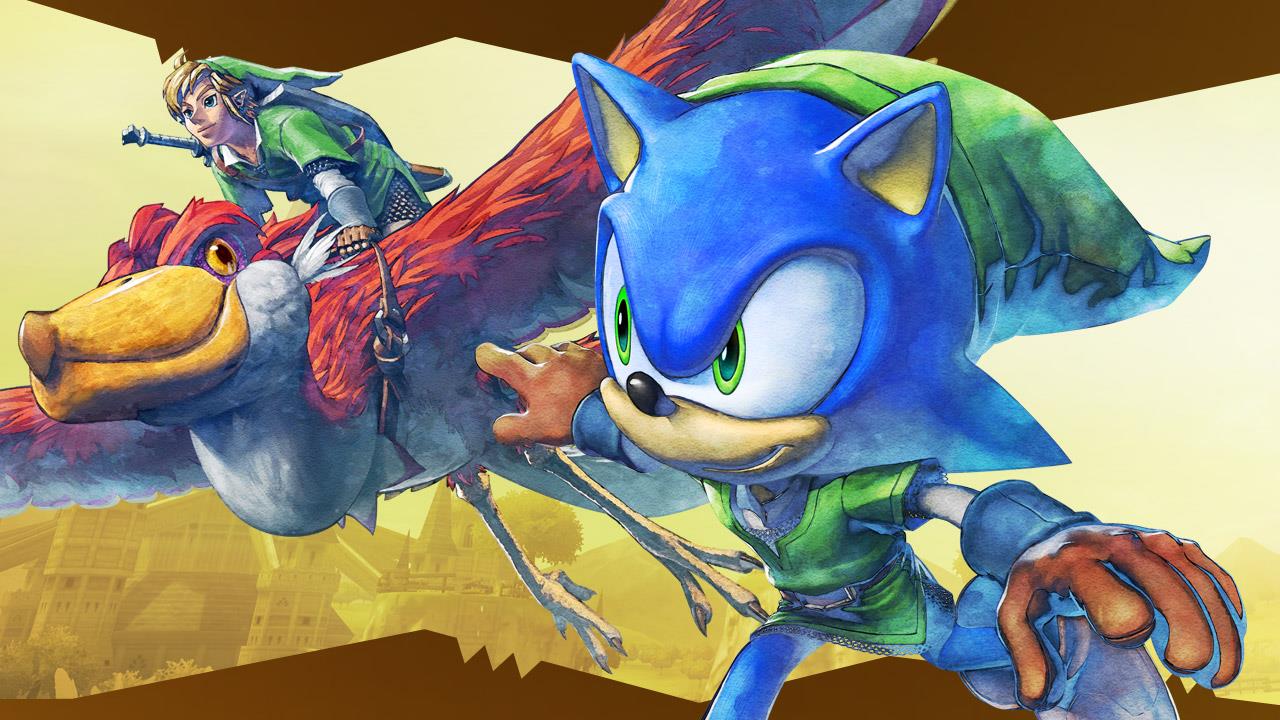 Here is some concept art for the recently released downloadable content for the Wii U version of Sonic: Lost World, The Legend of Zelda Zone.

More screens, gameplay video, and a trailer can be viewed here.

The latest DLC for Sonic Lost World is here and it’s LEGENDARY! In The Legend of Zelda™ Zone,  Sonic takes on a new quest, wears a new outfit, and explores a world inspired by one of Nintendo’s greatest characters. Available now to download for FREE on Wii U, Sonic will speed across the land wearing Link’s iconic green tunic while the hero himself flies on his Loftwing from Skyward Sword.  Classic Zelda locations, such as Hyrule Field and Dodongo’s Cavern, were the inspiration for this downloadable content. Players are able to use Black Bomb Color Powers to uncover secret rooms, find hidden chests, and gain exciting rewards. There’s plenty of surprises in store for even the biggest Zelda fans (including Cuccos!).