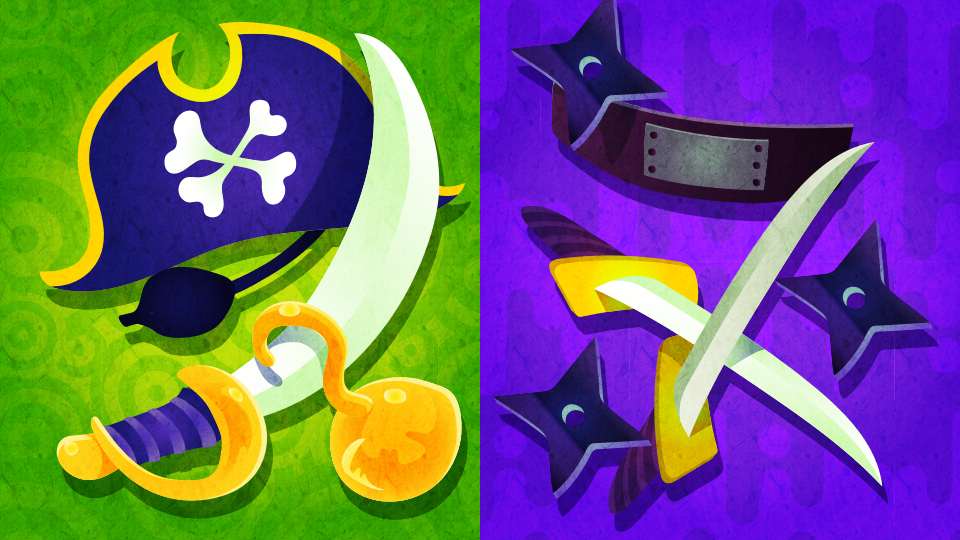 Nintendo has announced a special Pirates Vs. Ninjas Splatfest this Halloween for acclaimed Wii U shooter, Splatoon. The contest starts this Friday at 9pm PST and you’ll have 24 hours to play.

In Nintendo’s Splatoon game, regional Splatfest events occur once or twice a month, with players divided into teams to battle it out and settle ongoing debates. For example, previous Splatfest battles have determined the victors between Art Vs. Science and Cars vs. Planes. You pick your Splatfest team at the Splatfest booth in the plaza prior to the Splatfest. You won’t be able to change your team once you pick, so look deeply inside your soul before devoting yourself to a team. Or you could just flip a coin or something.

Results will be announced at the end of the Splatfest.

Splatoon was released for the Wii U earlier this year to become one to the best-selling games for the system. You play as an Inkling who can change between human and squid form. In Splatoon, you use different weapons to spread as much ink as possible, aiming to cover the most territory in your team’s color.

Will you be participating in the latest Splatfest this Friday? Let us know which team you’ll be choosing – Pirates or Ninjas – in the comments section below.