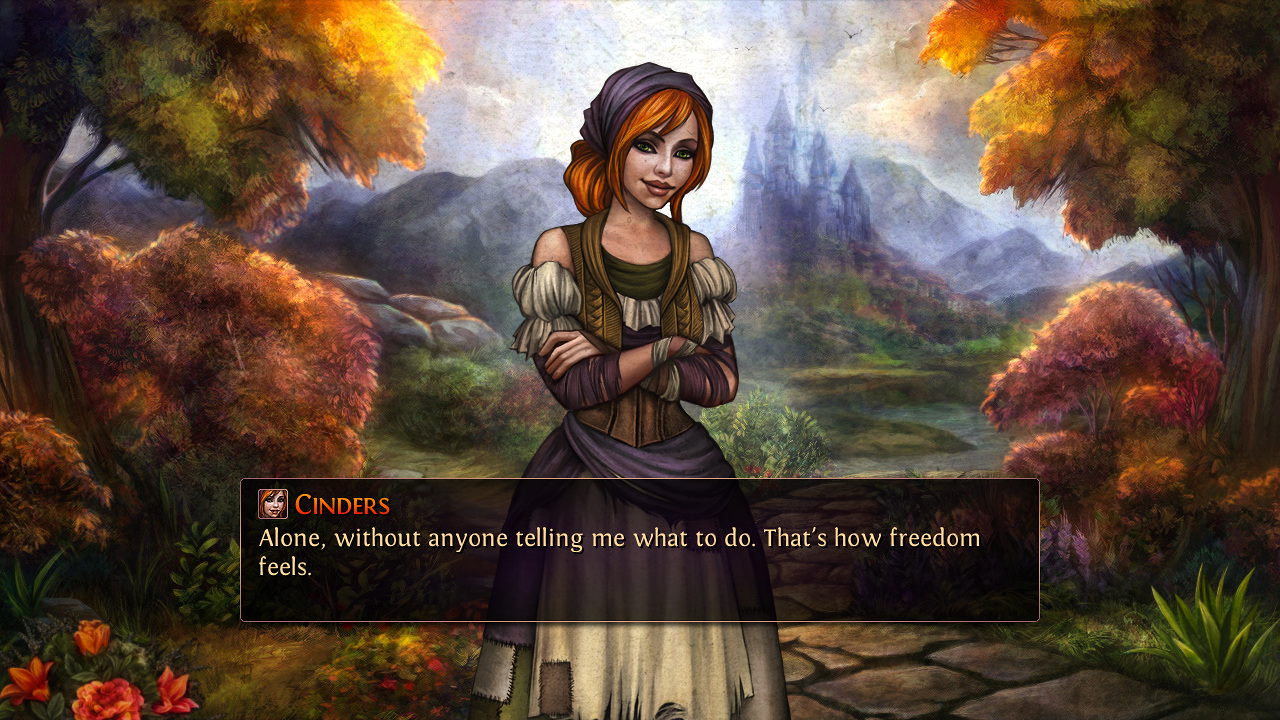 If your general takeaway from the Cinderella fairy tale is that it’s not mature enough, my first suggestion would be to go read the Grimm Brothers’ Aschenputtel. Your second, more relevant option is to wait until February 14th when Crunching Koalas releases Cinders for Nintendo Switch.

Billed as a mature take on the Cinderella fairy tale, Cinders is a visual novel where everything is about player choices. The has 120 decision points and over 300 choices that lead to multiple endings, so players will be able to take the well-known fable in pretty much any direction they want to go. Including something more in line with today’s definition of a “fairytale ending.”

Cinders is a witty young woman living with an overbearing stepmother and her two daughters, as if she was reenacting a certain well-known fairy tale. But unlike its protagonist, Cinders is not afraid of taking fate into her own hands. Even if it means breaking the rules…

The game takes a look at four women and what made them who they are. It’s a story about freedom, dreams, sisterhood, and finding your own Happily Ever After that may not exactly agree with the stale morals of classic fairytales.

Cinders is available now for preorder in the Nintendo eShop for $19.99. For more information, visit moacube.com.