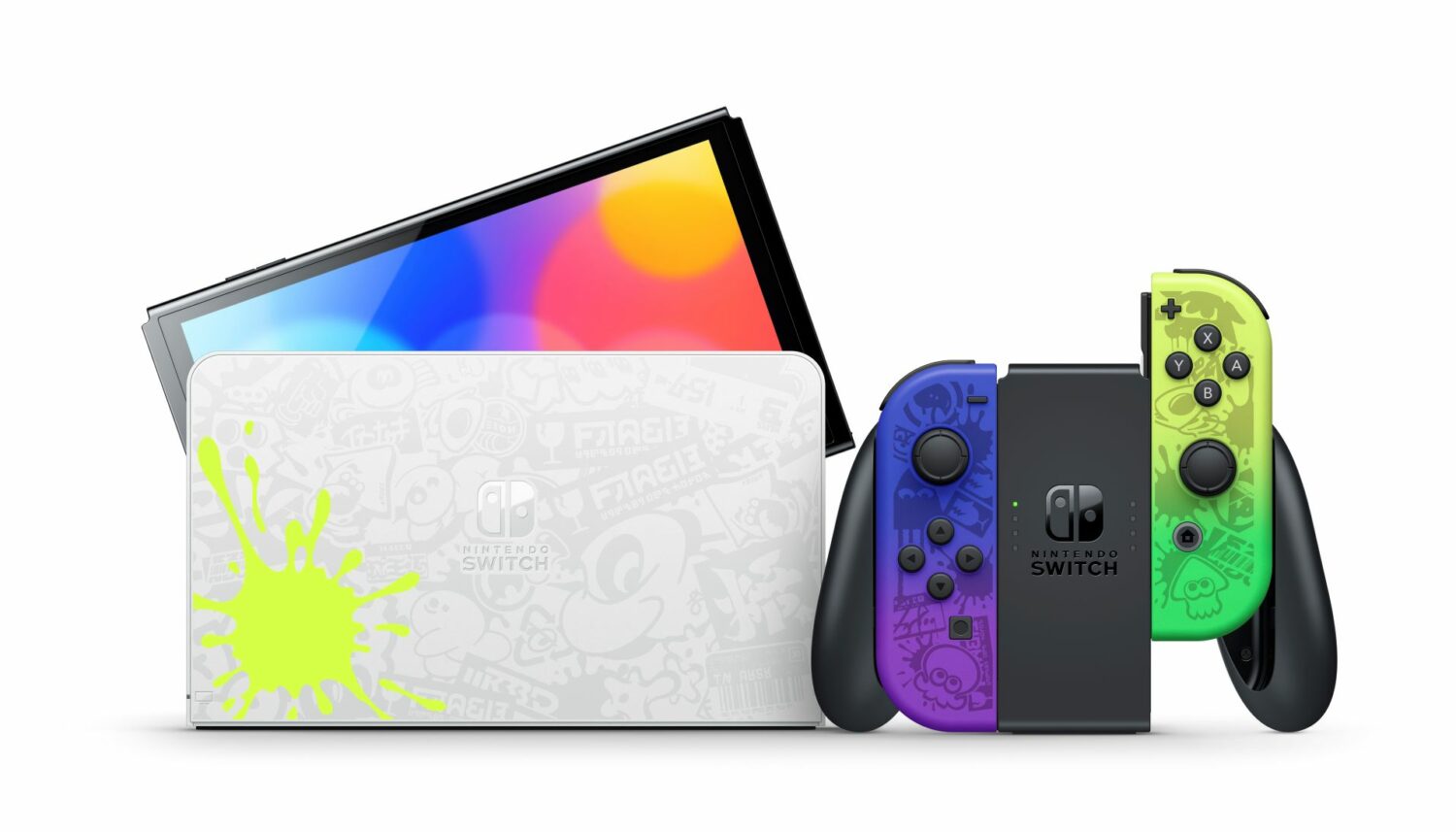 A new version of the Nintendo Switch OLED model has been revealed by Nintendo. The splat-tastic Splatoon 3 model will be available from August 26.

If you’re not familiar with the OLED model, it features a vibrant 7-inch OLED screen, a wide adjustable stand, a dock with a wired LAN port, 64 GB of internal storage, and enhanced audio in handheld and tabletop mode.

You can see the new system in action below. The vibrant colors and embedded design really fit with the edhy Splatoon style we know and love.

If you’re desperately waiting for the game itself – and who could blame you – Splatoon 3 will hit the Switch in just a few short months on September 9, retailing for $59.99. As if the OLED model isn’t enough, September 9 also brings a new Splatoon 3 Nintendo Switch Pro Controller, featuring striking colors and images fit for Inklings and Octolings alike. This one comes at a suggested retail price of $74.99, and is joined by the Splatoon 3-themed carrying case, retailing for $24.99.

In Splatoon 3, players will engage in chaotic 4-v-4 Turf War clashes across a new and returning stages, with Teams facing off to cover the most ground in their ink to win. There’s also a single-player campaign and the next iteration of the co-op Salmon Run mode. Join Agent 3 in the single-player story mode for a fight against the unruly Octarians and discover the secrets of a mysterious place called Alterna and the Fuzzy Ooze. There’s so much to look forward to!

Will you be decking yourself out in the specially themed gaming console and accessories? Let us know your favorite design!