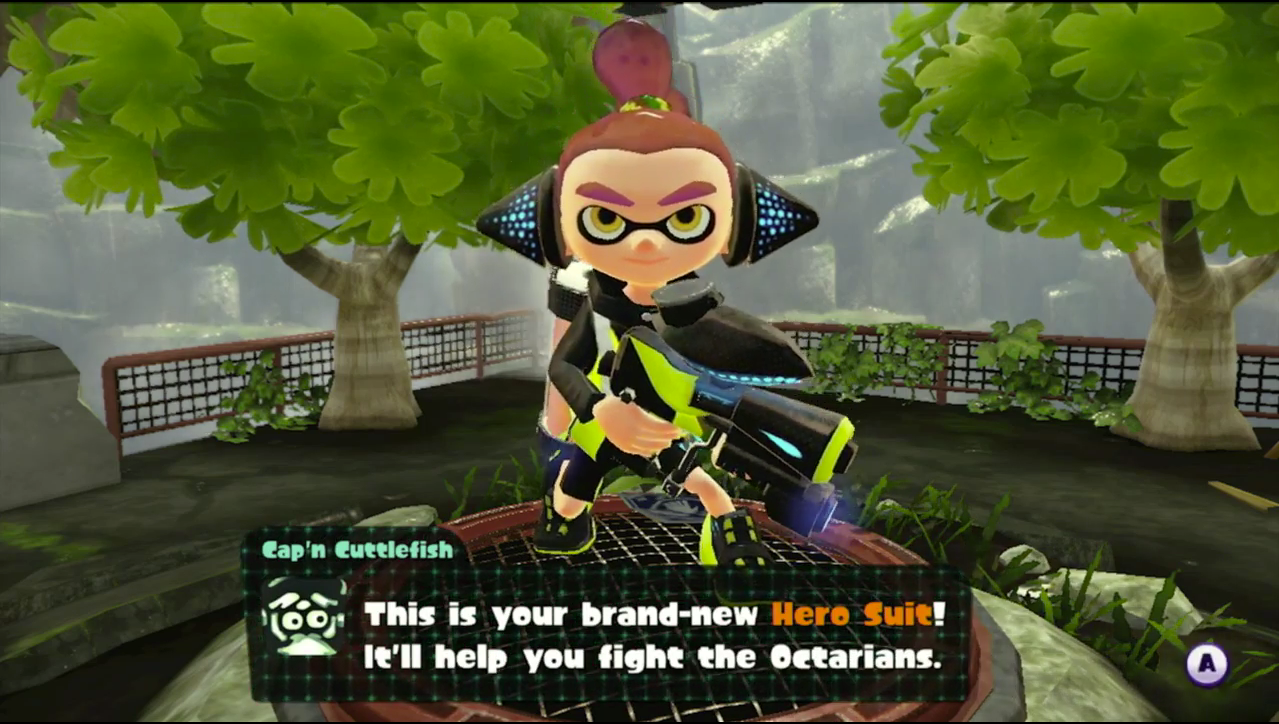 While players will be dropped into Inkopolis when the boot up the game, players can find a manhole somewhere in this hubworld to initiate single-player mode. This mode is a campaign to take on the octarians, and is designed to teach you everything you need to know to take on the multiplayer challenge.

Your mission in single-player mode is to recapture all of the Zapfish from the Octarians. Each level is designed to test your skills with shooting and platforming, with some very basic puzzle solving elements. As you progress from level to level, you’ll encounter boss fights, which range from giant machines to humanoid Octarians with similar abilities as yourself.

Power-ups, such as armor, can also be found throughout the single-player world. Finding power eggs throughout levels can also help increase the strength of your equipment. However, these power-ups are only limited to single-player mode, so you can’t carry them until the multiplayer events.

Finally, each level will have a Sunken Scroll. Each scroll gives you more info on the world around, but there does not seem to be any other major benefit to collecting them.

That is everything we have on single player so far. Splatoon releases globally on May 29th 2015.