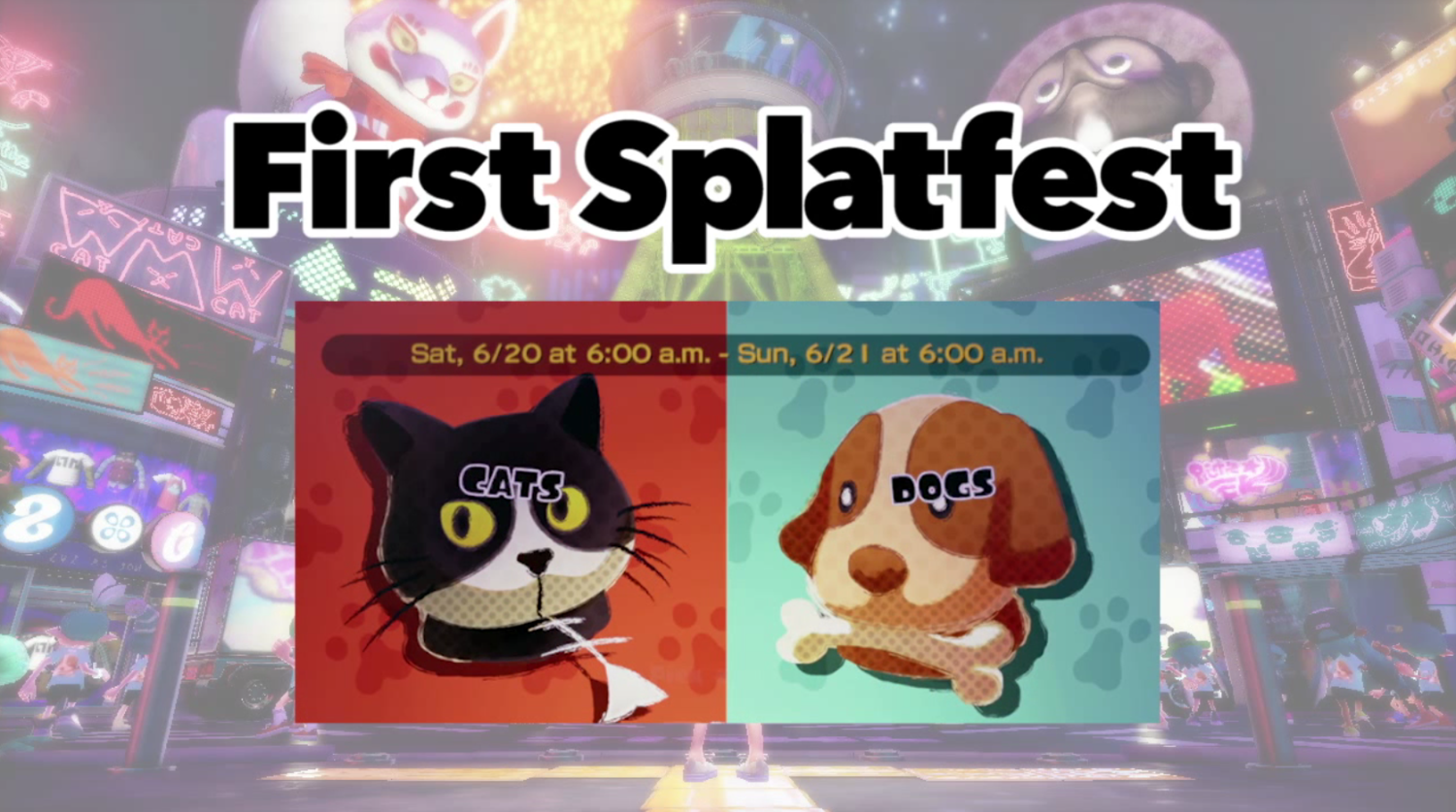 The squid pop-stars, Callie and Marie, will not only bring you multiplayer news, they will also host a series of events known as Splatfest.  Tale the Regular Battle format, players will not just be battling for turf, but for their opinions on critical issues such as, “Which do you like better – cats or dogs?”.  To enter a match, you need to place a vote.  Depending on your answer (the correct answer is dogs, by the way), you will be put into a match to defend your answer.  This is point-based system, rather than a turf war.  Depending on your ranking, you will be awarded Super Sea Shells, which you can give to Spyke in order to upgrade your gear.

These Splatfests will take place at certain times, rather than a constant series of events.  The first Splatfest will take place starting on June 20th (Sat) starting at 6AM PDT, and continuing until Team Dogs’ victory at 6AM the following day.