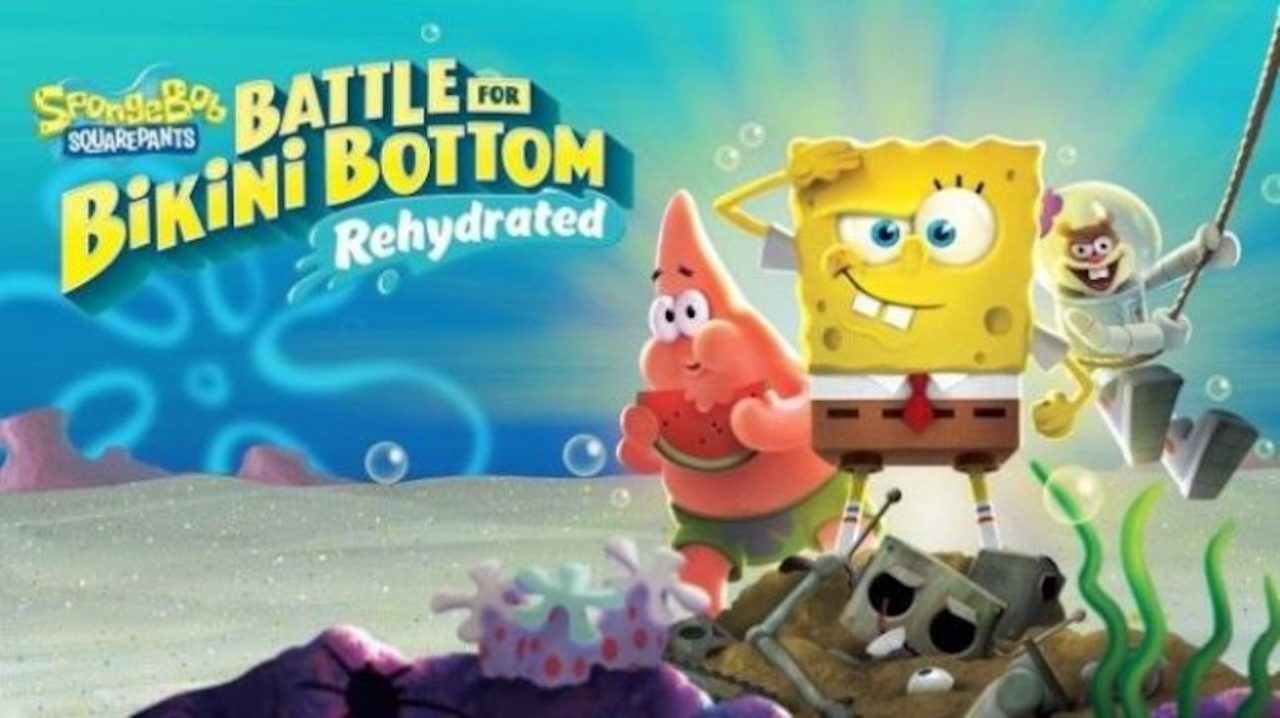 What was the main game I played on GameCube? You guessed it, SpongeBob SquarePants: Battle for Bikini Bottom! In fact, it was the reason I purchased a GameCube in the first place. Who doesn’t love SpongeBob?

On June 5th, THQ Nordic announced SpongeBob SquarePants: Battle for Bikini Bottom – Rehydrated (a remake of the beloved 2003 title). Whilst a specific release date has not been mentioned, we do know that it will launch sometime during 2020.

Details are scarce right now, though, we do know it will have a brand new multiplayer mode (yes you heard me correctly, the battle of Bikini Bottom is on!)

Below are the official details on SpongeBob SquarePants: Battle for Bikini Bottom – Rehydrated:

Are you ready, kids? The cult classic is back, faithfully remade in spongetastic splendor! Play as SpongeBob, Patrick and Sandy and show the evil Plankton that crime pays even less than Mr. Krabs. Want to save Bikini Bottom from lots of rampant robots? Of course you do! Want to underpants bungee jump? Why wouldn’t you! Want to join forces in a brand new multiplayer mode? The battle is on!

Will you be diving into SpongeBob SquarePants: Battle for Bikini Bottom, again, like myself? Will this be your first attempt at the battle? Or do you prefer not to get soaked in the water? Either way, we would love to hear your thoughts on this announcement in the comment section below or on our various social media pages!