Spore getting the Wii treatment? 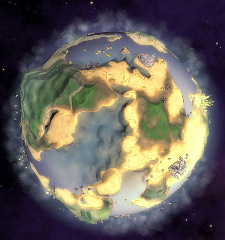 Rumor has it that Will Wright of Sims fame is considering bringing his new franchise, Spore, to next generation consoles including the Wii. Originally, Wright had said that Spore would be coming to the PC and handheld platforms. Now it appears we might be getting some very cool functionality from Spore using the Wiimote.