Star Wars Episode I: Racer to speed onto Switch this May

Star Wars Episode I: Racer to speed onto Switch this May

The game is an enhanced port of the Nintendo 64 version, originally released in 1999. In Star Wars Episode I: Racer, players take control of a podracing vehicle, as depicted in the Star Wars movie, The Phantom Menace. You’ll speed through sci-fi environments, like flaming methane lakes, Tusken Raider assaults, anti-gravity tunnels, and much more. In this intense racer, it’s all about the fight to the finish line. 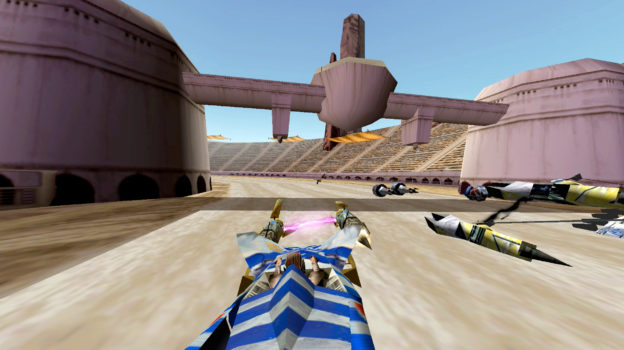 The game can be played in single-player of multi-player modes. There are 25 playable racers, including Anakin Skywalker, Sebulba, and Ratts Tyerell. Tracks span eight unique Star Wars worlds, such as Tatooine, Baroonda, and Malastare.

Star Wars Episode I: Racer will be available on the Nintendo Switch on May 12 for $14.99 USD.

The beloved game has been modernized for the most optimal gaming experience on Nintendo Switch … Star Wars fans should get ready to steer their racer to victory and leave their opponents in the dust.

Are you excited about playing this classic racer on your Nintendo Switch next month? What are your favorite memories of the original game? Let us know your thoughts and comments below.