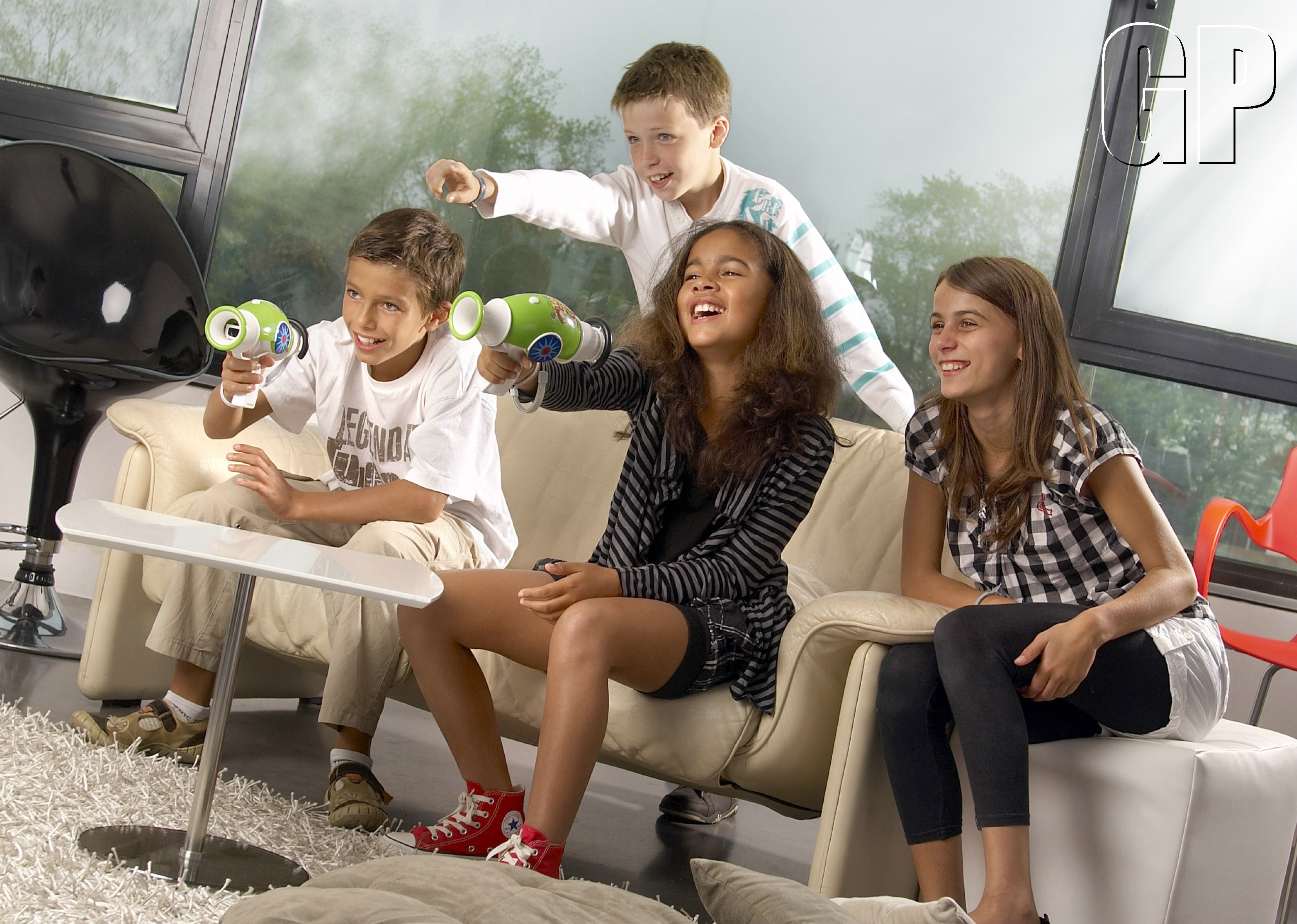 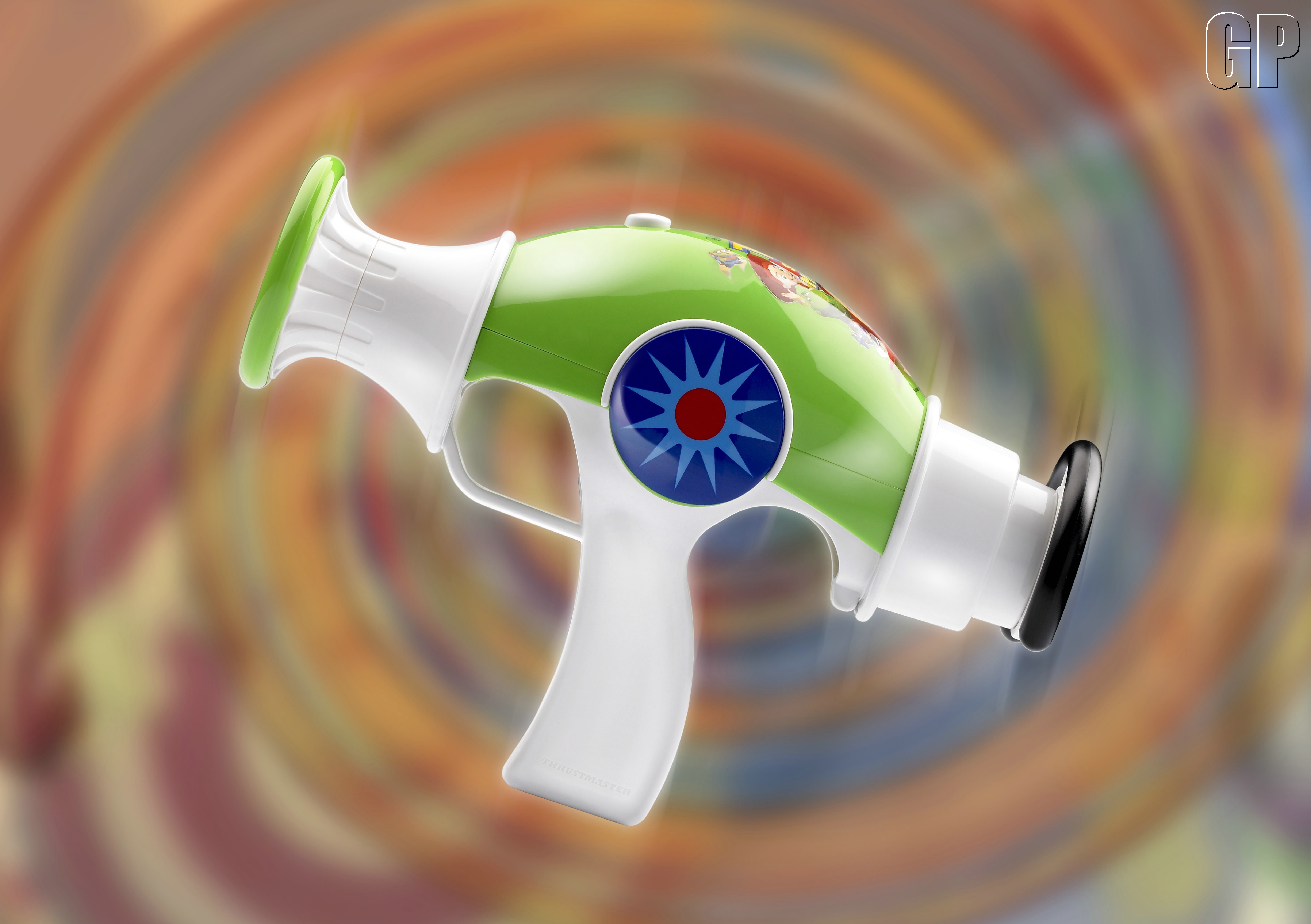 In creating this product, the Thrustmaster development teams drew their inspiration from the Toy Story franchise. The Ray Gun has been specifically designed for the Toy Story Mania! video game featuring classic Disney•Pixar Toy Story characters, Woody, Buzz and the gang.
The result is a faithful rendering of the distinctive spirit found in the Disneyland Resort and Walt Disney World Resort’s attraction.

“We are pleased to partner with Thrustmaster to develop a range of fun and innovative gaming accessories for Disney in Europe. Thrustmaster’s expertise and innovation track record in the gaming industry will bring a new dimension to the way kids play video games, and will deliver more fun and interactivity around Toy Story Mania!,” says Stephane Hareau, senior category manager, new business development at Disney Consumer Products Europe.

Toy Story Mania! features multiplayer competitive and cooperative modes supporting up to four players to provide hours of family fun. Ten fast-paced shooting galleries are featured, including some adapted from the theme park attraction and others that are original.

Thrustmaster has made it its mission to bring to life the gun used by the legendary Buzz Lightyear of Star Command. With its eye-popping shape and colors, an emphasis is placed on the fun that players can have in their own fun-filled carnival, featuring midway-inspired games.

The Toy Story Mania! Ray Gun is incredibly simple to use. Players remove the rear compartment, insert the Wii Remote™, put the rear compartment back in place, and they’re good to go! There are no batteries or wires to deal with – just tons of fun playing the game with the Ray Gun in hand. The Toy Story Mania! Ray Gun functions as a natural extension of the user’s arm, allowing them to simply aim and shoot.

• The Ray Gun NW will be available for the launch of the Toy Story Mania! video game at the end of September, at a suggested retail price of €14.99 (VAT included).

Check out all of our products at www.thrustmaster.com