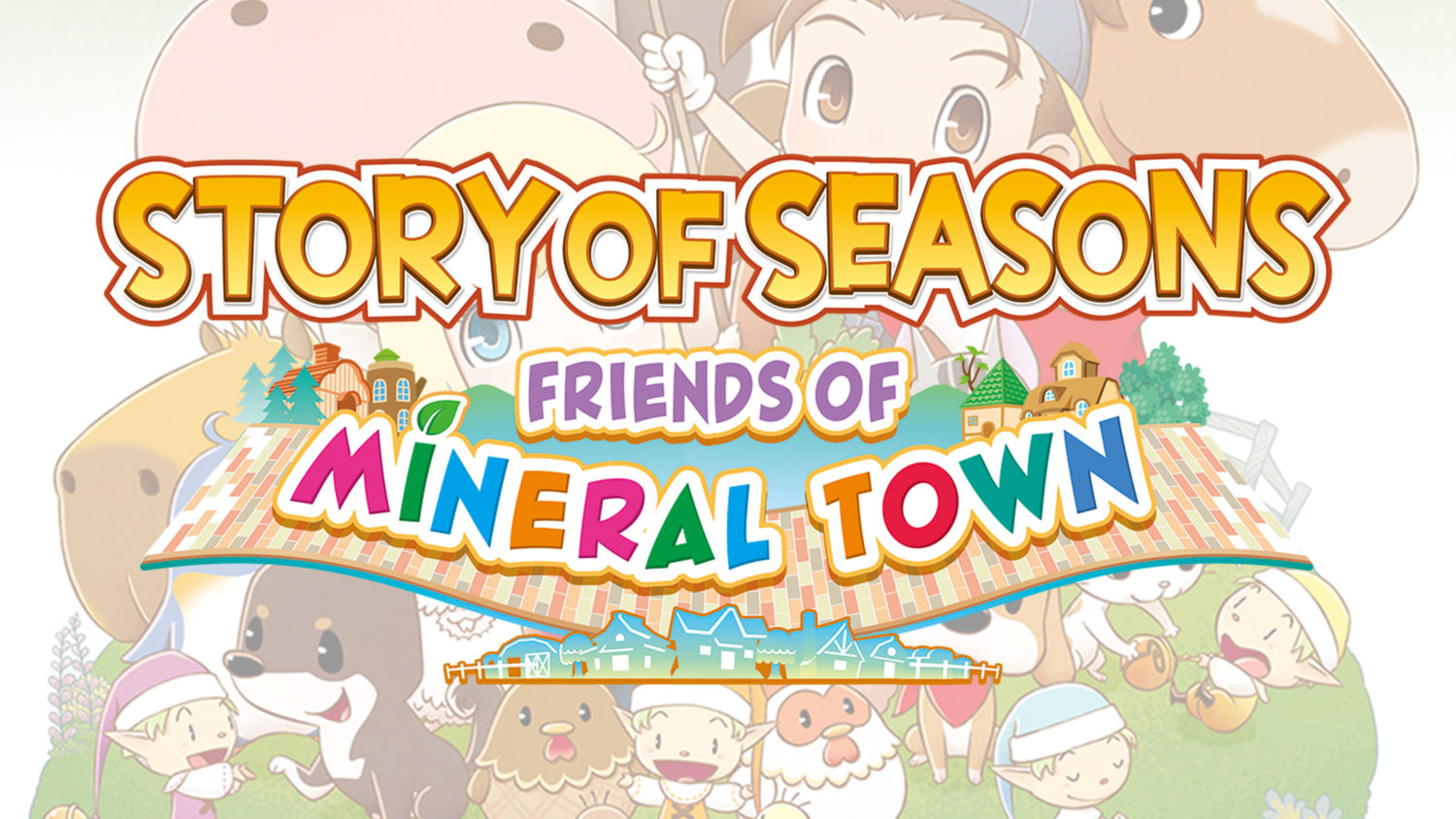 Sometimes, to innovate, you’ve got to take a step backward.

In a post-Stardew Valley world, playing even stellar farming sims always leaves me at least a little cold. Concerned Ape’s indie mega-hit takes serious inspiration from the Harvest Moon/Story of Seasons series, but as a dedicated fan and developer, he cracked the tricky alchemy to making a satisfying farming game. The introduction of crafting alone turned a genre that was becoming stale on its head. 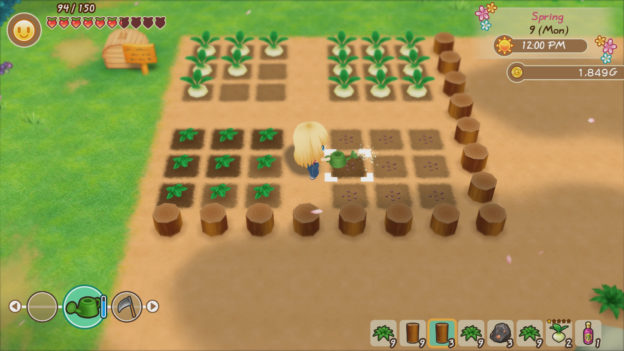 The reboot of the series with Story of Seasons in 2015 and later Story of Seasons: Trio of Towns and Doremon Story of Seasons offered quite a bit of new ideas and spins on the usual farming fol de rol. New isn’t always good, and in most cases, these new additions, from a cumbersome mining system to cheese aging made these entries feel like chores.

It’s difficult to dive deep into the remake without touching on what made Friends of Mineral Town special. If I had to distill the magic, it would simply be that it offered just enough to do without bogging the player down with cumbersome nonsense. You could farm a field full of crops, raise chickens, cows, and sheep, go fishing, dive deep into the mines, and even cook your bounty into tasty recipes. There were even five distinct bachelorettes to woo and marry, six if you count the Harvest Goddess. Plus, it was all in glorious 32-bit, not to mention portable.

Despite the graphics upgrade, Story of Seasons: Friends of Mineral Town felt incredibly familiar from the get-go. As the story goes, you’ve inherited a farm from your uncle, which has seen better days. It’s your job to bring the farm back to its former glory, and make a happy livelihood for yourself in the process.

Because of my familiarity, I was off to the races from the start. I was worried that some of the newer “innovations” would be shoehorned into my beloved Mineral Town. And some of them are, but all of them are welcome. Your stamina is now displayed in the top left corner of the screen, giving you serious insight into your daily power levels. Your pocket is much larger than before, and items stack into groups of nine, which makes everything from mining to harvesting far easier than before.

Before, plucking the middle crop in a 3×3 block was impossible, forcing you to leave a block exposed to reach it. Now, crops are far more flexible, and you can walk across everything from corn stalks to sweet potato plants and make that much more profit.

Even those intimately familiar will find plenty new to make the dive. You can play as either a male or female farmer, and choose between a classic or new look. There are even skin tone and outfit customization to personalize your protagonist. Six marriage options have ballooned into 16, and every single bachelor and bachelorette is available now. Mineral Town, like the real world, has adopted a more enlightened view on love, and you’re able to marry whomever you want, regardless of sex. Cool!

And the rest of the unnecessary stuff is left behind. There’s no cheese aging. Mining is challenging but streamlined. If you put eggs into a mayonnaise maker, it instantly spits out mayonnaise, instead of making you wait for hours, if not days. Instead of just cows, sheep, and chickens, there are also rabbits, alpacas, and even capybaras and penguins. 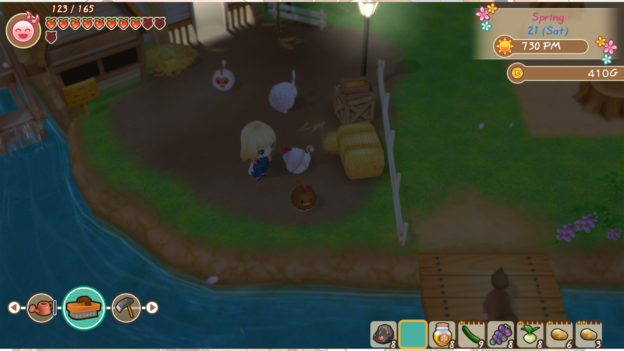 Sadly, there are a few annoyances. Your farmer still makes overdramatized unskippable actions such as shaking their head or falling down from exhaustion. It feels like I’m watching a soccer game. Especially now that stamina is in full view, this addition feels needless and cumbersome. Cooking without a recipe is gone too, which is also lame, granted, it does offer a reason to befriend villagers.

Story of Seasons: Friends of Mineral Town, I’m happy to report, strips away the fat, leaving behind the sort of lean mean farming title fans crave. The new additions and streamlining made an already fantastic experience on the GBA into a near-perfect one on the Switch.