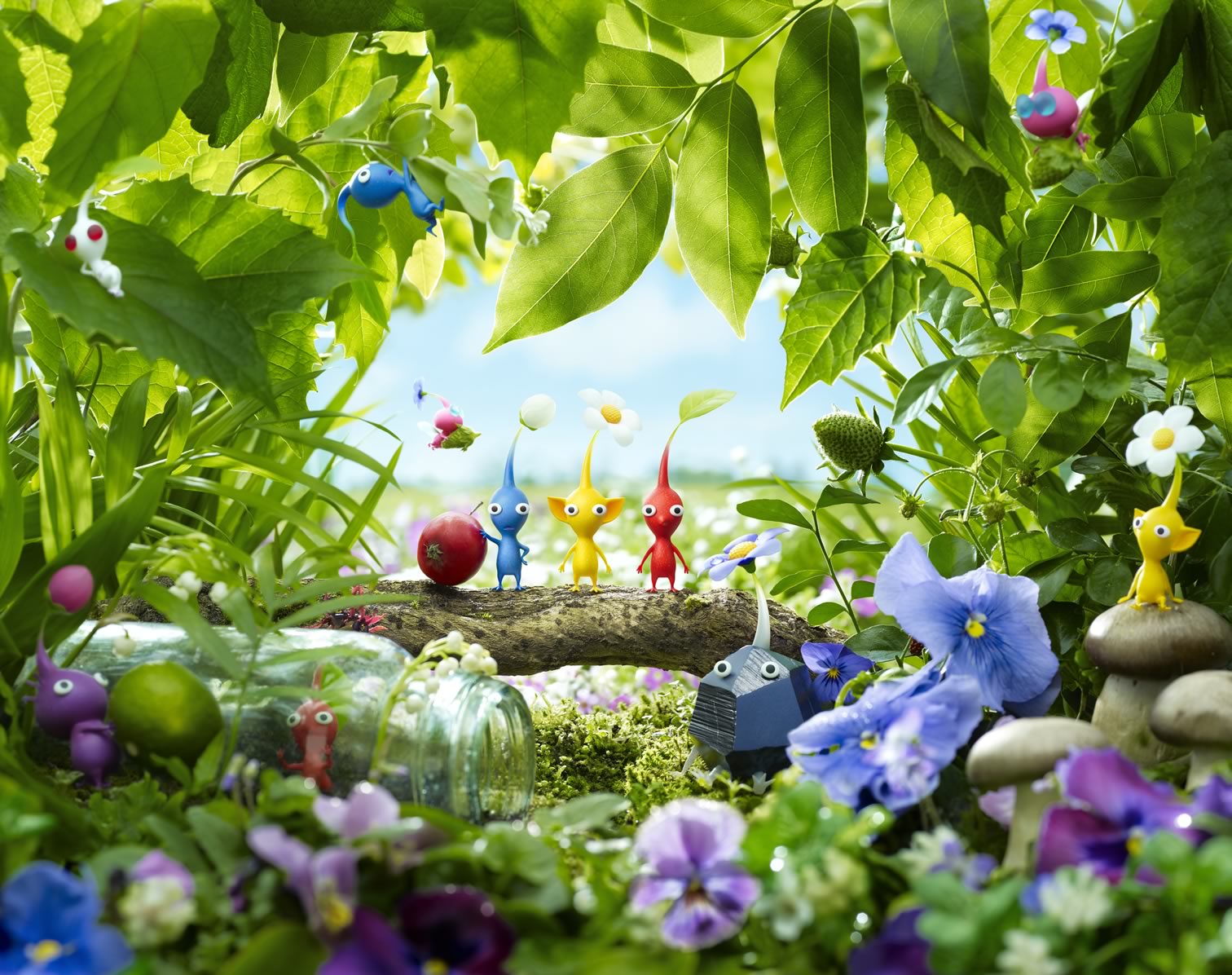 Nintendo has definitely had some ups and downs with the Wii U so far, and many would argue more downs than anything else.  With the launch of Pikmin 3 in North America this Sunday, Nintendo is hoping it’s the first of many big Wii U releases to help build momentum for the Holidays.  Pikmin 3 is definitely one of the best reasons to own a Wii U but I think we’ll have to wait til games like Super Mario 3D World and Donkey Kong Country: Tropical Freeze release before we start to see a big increase in Wii U sales.  By this Christmas, I think the Wii U will be selling a lot better than it is today.

The Long-Awaited Sequel Touches Down with New Pikmin Types, Gorgeous HD Graphics and a Variety of Single- and Multiplayer Modes

REDMOND, Wash.–(BUSINESS WIRE)– The sense of discovery from exploring a beautiful alien planet. The exhilaration of battling an imaginative array of strange creatures. The heartache of losing some of your devoted Pikmin to a hostile world. The satisfaction of leading an army of loyal Pikmin to victory. These are some of the feelings experienced when playing Pikmin 3, launching in stores and in the Nintendo eShop on Aug. 4, exclusively for the Wii U console. From the mind of Shigeru Miyamoto, the creator of iconic series like Super Mario Bros., The Legend of Zelda and Donkey Kong, Pikmin is back … and the intergalactic adventure of a lifetime is about to begin.

Pikmin 3 tells the story of three space explorers – Alph, Brittany and Charlie – who crash land on an alien planet and must collect fruit for their starving home planet. To accomplish their goal of collecting fruit, the explorers must gather and lead an army of different Pikmin creatures, battle the local wildlife and work to solve puzzles, all before the sun goes down at the end of each day.

There are five types of Pikmin, and each has a unique ability: Red Pikmin are immune to fire, Blue Pikmin can survive in water and Yellow Pikmin can withstand electricity. New Pikmin types appearing for the first time include Rock Pikmin, large Pikmin that can break objects and inflict more damage when thrown; and Winged Pikmin, a pink variety that can fly and carry items above certain obstacles. Players must strategically use the different Pikmin types to solve puzzles, overcome obstacles and fight in boss battles.

“Pikmin 3 is the first in a string of major Wii U games that will launch between now and the end of the year,” said Scott Moffitt, Nintendo of America’s executive vice president of Sales & Marketing. “The game has something for everyone – from fast-paced action and strategy to engaging multiplayer modes and great replay value.”

Pikmin 3 offers several unique uses for the Wii U GamePad controller. In game play, the GamePad can be used as a map of the game world, allowing players to see a top-down view of the action and reference various data points, helping them to plot out their movements. The GamePad can also be used to take pictures at the eye level of Pikmin in a new, first-person camera mode. This perspective is a great way to get a true view of what the explorers and Pikmin see. Once snapped, the pictures taken in this mode can be posted to Miiverse with an accompanying personalized message, allowing players with broadband Internet access a chance to share their adventure with friends.

While the main Story Mode offers players hours of game play, Pikmin 3 also features additional single-player and multiplayer modes to enjoy. In Mission Mode, one or two players are tasked with earning the most points in select levels by gathering treasure, defeating enemies and battling towering bosses. In the frenetic Bingo Battle, two players compete in arenas, collecting items to achieve “four in a row” on an on-screen bingo card. To help turn the tide of battle and add a fun twist to the proceedings, players can even gather cherries to earn spins on a personal roulette wheel to activate bonuses like extra Pikmin and rocks that fall on their opponent’s forces. White Pikmin and Purple Pikmin from Pikmin 2 both appear exclusively in Mission Mode and Bingo Battle.