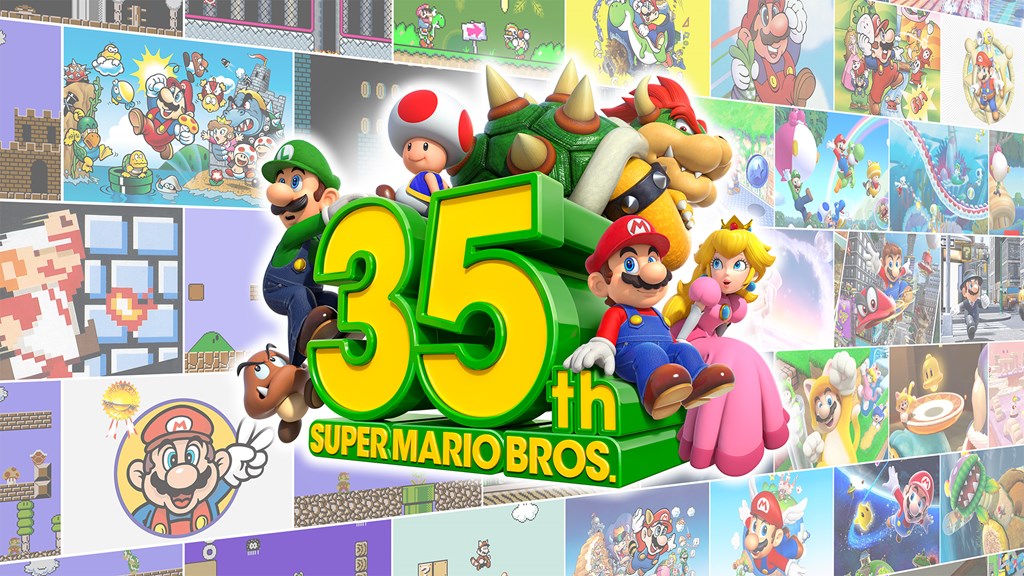 If you haven’t seen the Super Mario Direct from earlier today — definitely take a look! Mario’s 35th anniversary is in full swing with new game announcements, promotions and more. Launching in a couple short weeks is Super Mario 3D All-Stars, a combo pack of Super Mario 64, Super Mario Sunshine, and Super Mario Galaxy. Super Mario Galaxy 2 is notably missing but we’ll chalk that up to Nintendo working on a Super Mario Galaxy 3 and wanting to release 2 closer to that game’s launch (I can hope anyway 😉 ).

Nintendo also showed off an augmented reality Mario Kart game that uses the Switch to connect to RC Mario Karts. Players can create their own track layouts in their real-world surroundings and then play them on their Switch consoles. Super Mario 3D World was also announced including some new content in the form of “Bowser’s Fury”. We’ll have to wait to hear more info on that expansion before the game’s February 2021 release.

Which announcement was the most exciting to you? Let us know in the comments!

REDMOND, Wash., Sept. 3, 2020 – Mario has come a long way since jumping on that first Goomba in World 1-1 of the original Super Mario Bros. game. Now, 35 years since the launch of that game in Japan, he is starring in new games on the Nintendo Switch system, lending his likeness to brands like LEGO®, PUMA and Monopoly, and watching as fans battle it out using Super Mario power-ups in Splatoon 2.

“We look forward to everyone joining us on a Mario journey 35 years in the making,” said Nintendo of America President Doug Bowser. “We are marking this significant milestone with a wide variety of games and experiences that all generations of Mario fans, from here to the Mushroom Kingdom, can enjoy together.”

The full video presentation can be viewed by visiting http://supermario35.com/. Highlights of the video include the following:

For more information about all these games, products and events, visit the Super Mario 35th anniversary website.