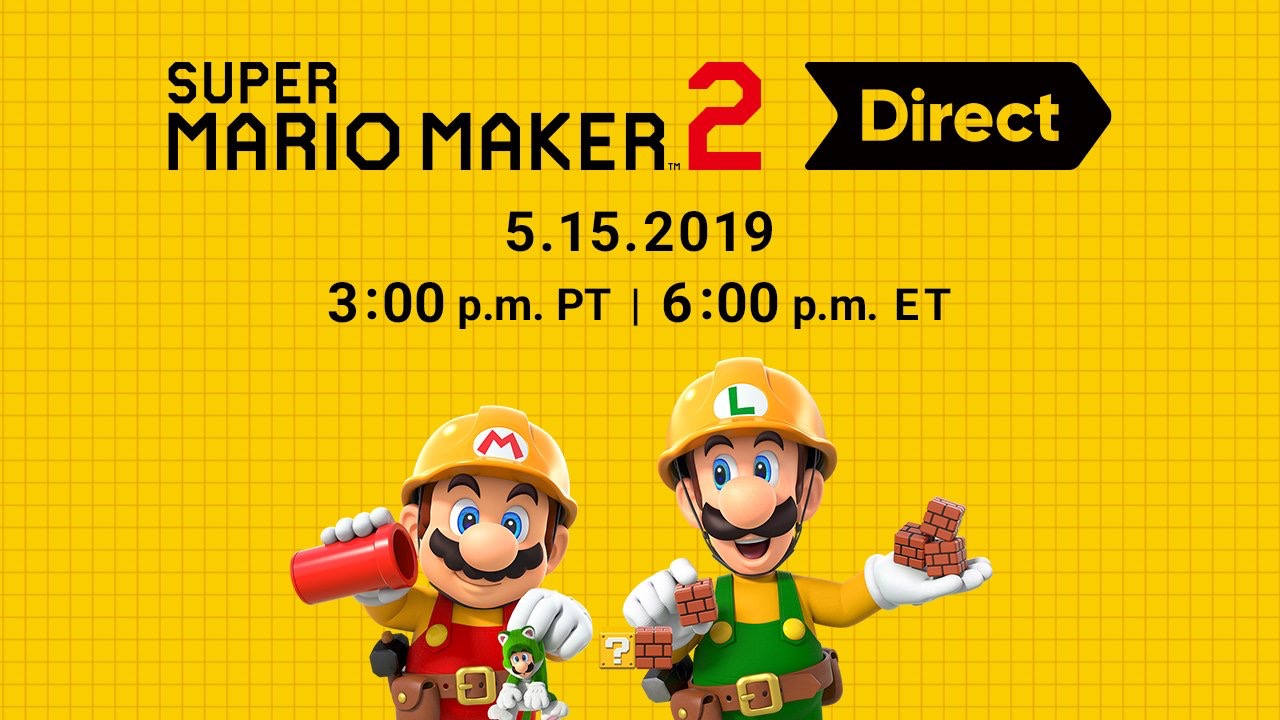 Its been a long-going debate as to whether or not Nintendo would be having another presentation before E3 2019 (The Electronic Entertainment Expo). On Tuesday May 14th, 2019 Nintendo put that debate to rest, as they announced a Super Mario Maker 2 Direct.

Tune in on Wednesday, May 15 at 3 p.m. PT / 6 p.m. ET for a roughly 15-minute presentation packed with information all about #SuperMarioMaker2 for #NintendoSwitch. pic.twitter.com/YUEDCzKQO4

I personally am hoping we see confirmation of a Super Mario Maker 2 Stylus pre-order bonus for the United States, similar to that of Japan and Europe. I’d also like to see more themes announced such as the following ones: Super Mario 64, Super Mario Galaxy, Island Delfino, and Super Mario Oddesy. Co-Op Editing and Play-through would be nice as well.

What would you like to see as part of the Super Mario Maker 2 Direct? How do you feel about a direct before E3 2019? Let us know in the comments below or on our various social media pages.