This update asks for a little explanation.

After the introduction of Little Mac to the Smash Brothers roster, many astute fans, yours truly not included, noticed a change to the previously announced Smash Bros boxing ring stage. 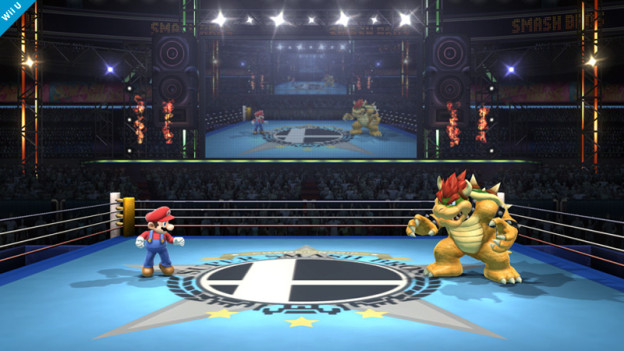 The Ring after the Little Mac announcement looked like this. 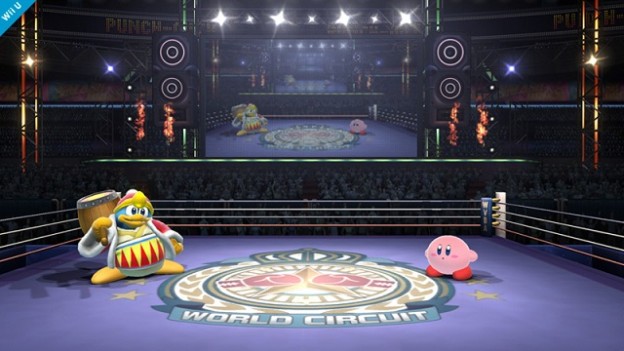 Following the announcement of Little Mac, most thought the change from the Smash Brothers logo  to the “World Video Boxing Association” logo was a typical development change. Today, Mr. Sakurai has announced there are actually two different versions of the boxing ring stage.

Pic of the day: The are actually two versions of the boxing ring stage! This ring is the Smash. Bros. version….