New details about the Super Mario 3D Land stage have been revealed by Masahiro Sakurai, Director of the Super Smash Bros series, for the 3DS version of Super Smash Bros. shows of an interesting gameplay dynamic. 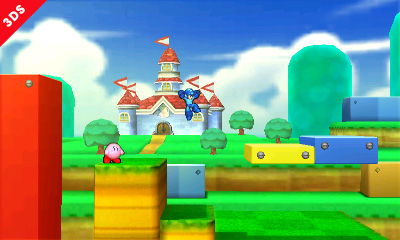 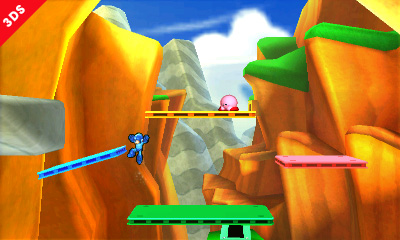 Then you continue into the valley–it’s in 3D Land, after all. The protruding stone blocks change the angles of the platforms. 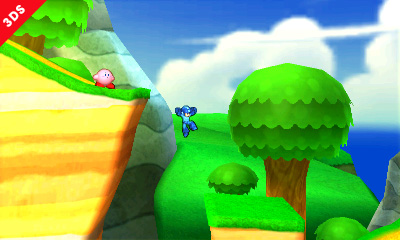 After that, back to side-scrolling. Now it gets you moving–you’ll have to trot downhill here. 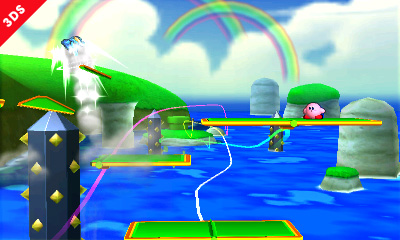 And finally, you get back on rails to go farther into the stage. It takes roughly two minutes to complete a lap, and at the end you go into a giant pipe that takes you back to the beginning. …I know this sequence goes above and beyond a traditional Pic of the Day, so consider this a little something extra on the side from me.