Masahiro Sakurai has posted a new screen for the 3DS version of the upcoming Super Smash Bros. game.  In this screen he shows the characters with and without those black outlines that we have seen around the characters thus far in the 3DS version.  Sakurai also suggests, in his explanation of the screenshot, that the black outlines will be customizable.  It isn’t quite clear to what extent the outlines can be customized but it at least look like players will be able to choose for them to be on or off. 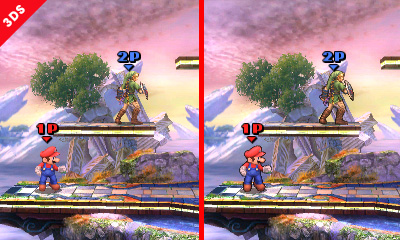 Here’s a comparison of characters with and without their outlines on the 3DS version. They also give off a different impression in 3D, so customize the look however you like.