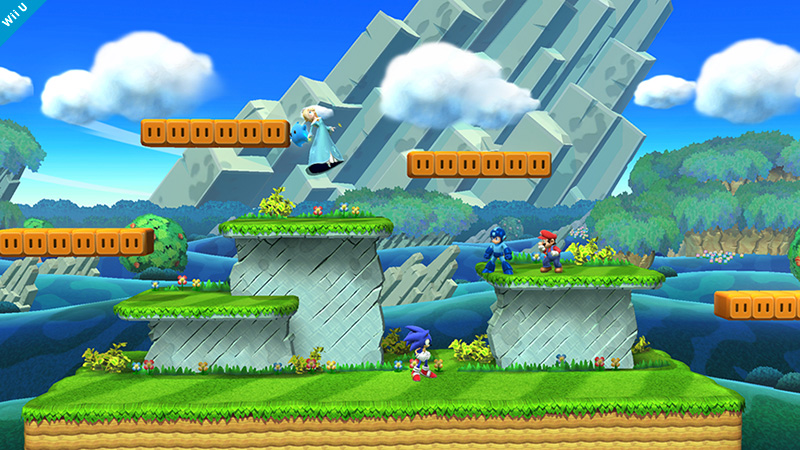 Here’s a new Wii U stage, Mushroom Kingdom U! It brings to life the worlds of New Super Mario Bros. U. 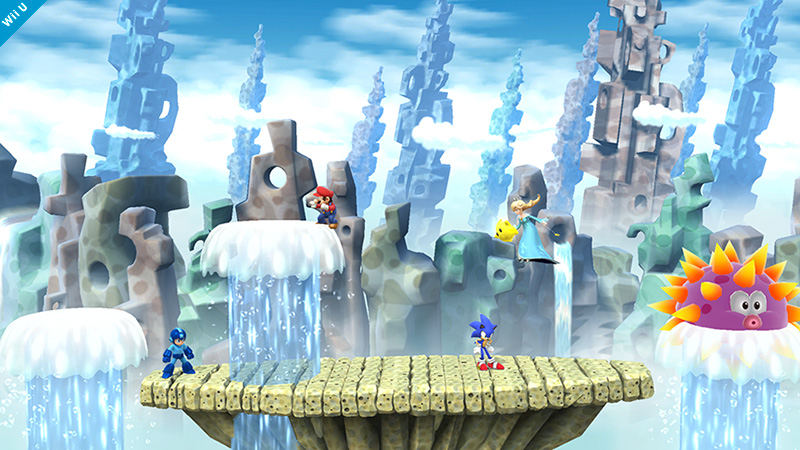 When Kamek casts a spell, the stage transforms drastically! That said, this is not what you would call a moving stage… …By the way, this stage will be playable in the demo version of the game for E3, a game expo that starts on June 10 in Los Angeles.

Super Smash Bros. is due out on 3DS this Summer and for the Wii U Winter 2014.  Be prepared for E3, where Nintendo fans will likely learn more about the two upcoming versions of Super Smash Bros.