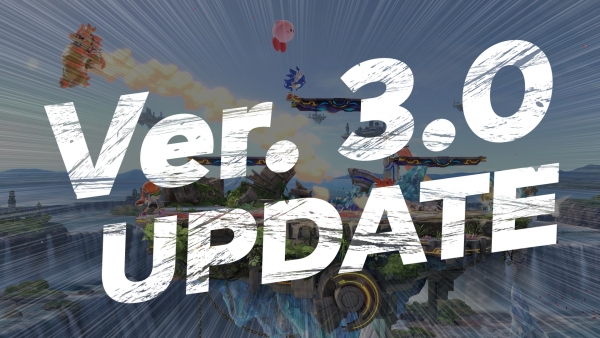 The long-awaited Super Smash Bros. Ultimate version 3.0 update will be coming to your handheld this Wednesday (4/17/19), it might differ depending on what timezone you live in. With it will bring support for Joker, the newest addition with this update for those that own the fighter pass, or choose to get him separately. Support for the Joker goes far beyond just a character, music, and stages but rather also adds a new classic mode track for Joker. There will also be a new spirit board for those with Joker (Note: this will not get rid of your other spirit board, it is purely an additional board of spirits themed around persona). 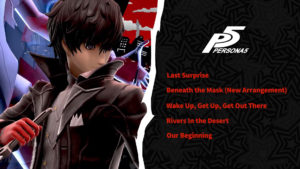 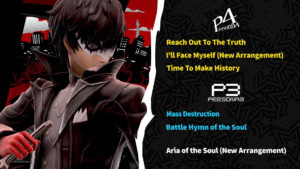 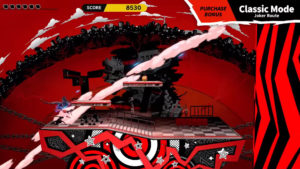 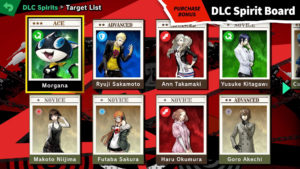 If you only play Super Smash Bros. for the customization, there is something for you in this update as well through the form of new mii fighter costumes– though it is worth noting it will cost you. USD$0.75 per Mii Fighter Costume to be exact. The first round of costumes is perfect for any Sonic or Persona fan… if you do not like either franchise, it is ok because they have confirmed more rounds are coming. 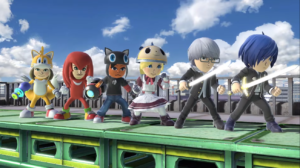 But this update also has things for those who do not own the fighter pass/ or DLC so don’t fright… This update will introduce a stage builder mode, the video editor that was shown in a direct from a while back, and Smash World support (The Super Smash Bros. Ultimate specific game service apart of the Nintendo Online mobile app).

Stage builder has seen a number of improvements this go-round with hand-drawn stages using the touch screen built into the switch, new stage elements, spinning and moving platforms, front/back layers, and many more yet to be discovered. Changing layers allows you to add decorative elements to your stages. Of course, when your heart has created a stage to its desire, you can then battle your foes on it. But don’t forget to share it using the new shared-content feature. 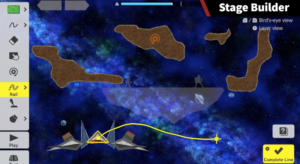 The shared content feature is very similar to that of The Sims 4 gallery if you’ve ever played that game. It allows you to follow your friends’ stage, mii fighters, and video creations. Each creation can also be liked and downloaded. Find a cool creation using the feature but are using the mobile app? It will let you download it remotely to your Nintendo Switch. 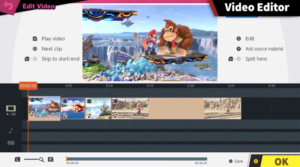 The video editor included in this update is fairly complex too… it has basically everything essential in a video editing program: splitting, dragging, source material, subtitles/text, background music, etc.