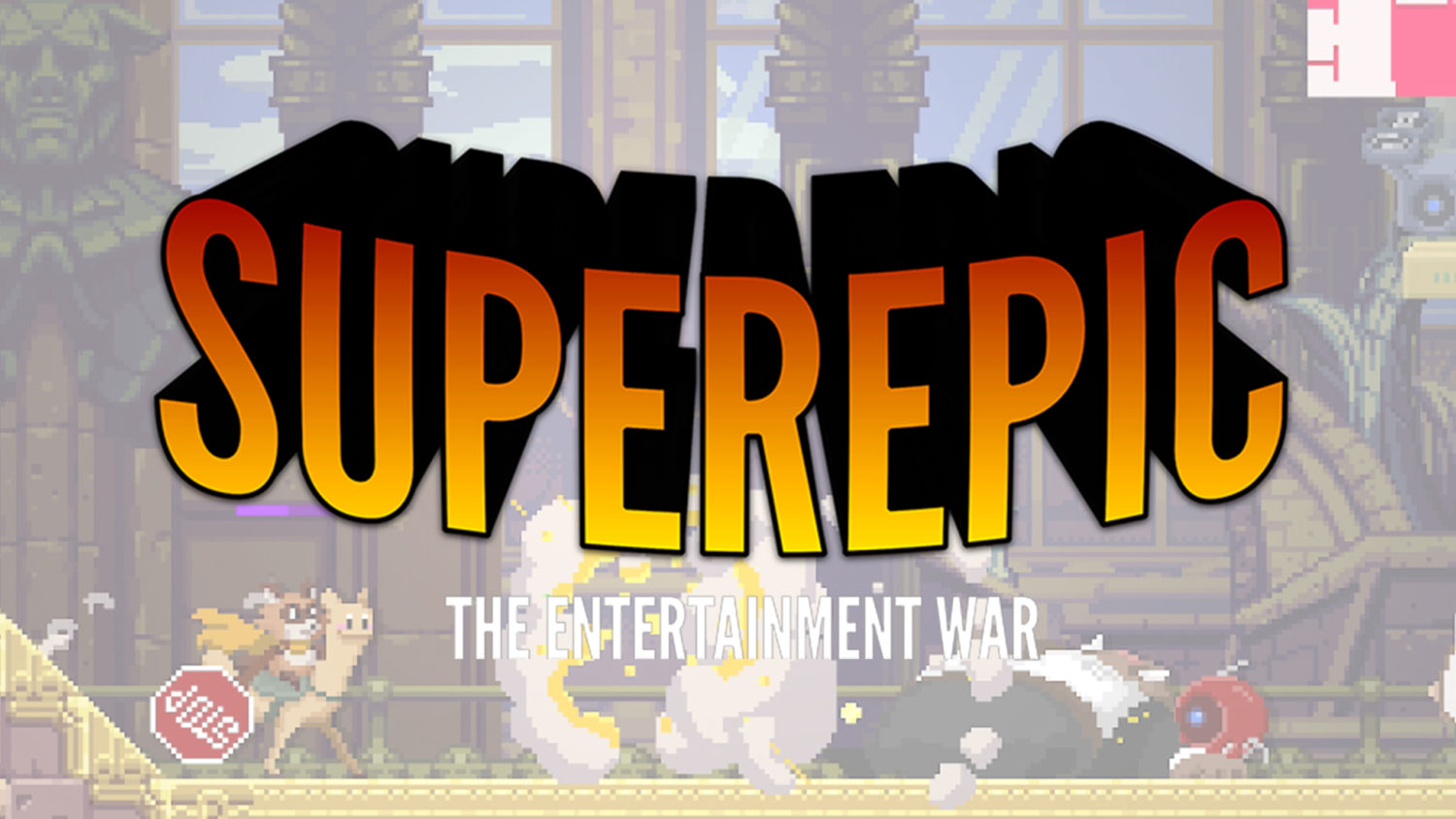 Metroidvanias are a dime a dozen nowadays, especially on the Nintendo Switch, but have you ever played one that had something to say about the gaming industry? 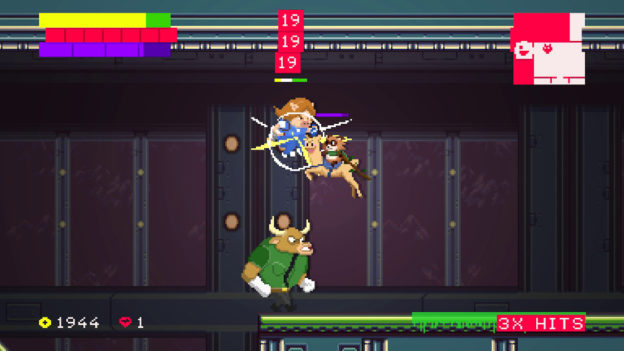 SuperEpic opens with a dismal dystopian future, where video games as we know them are dead, dead and buried. Regnantcorp controls every facet of society, and unlike other fictional authoritarian superpowers, they don’t resort to mass surveillance or secret police to do so. Instead, they rely on keeping the populace addicted to their terrible free-to-play games. Work. Play. Spend. This is their mantra, that’s so omnipresent it might as well be law. Sound familiar?

The would-be hero, who seeks to revive gaming and put an end to all this freemium nonsense is Tan Tan the raccoon, riding on his noble llama, Ola. A strange choice, but just about every facet in this game is weird. In a good way, of course.

Like most Metroidvanias, the game takes place in one massive, sprawling level, in this case, Regnantcorp itself. Seconds after storming the castle, you face down against the hoards, in this case, actual corporate pigs. And crocs, and mice, and malfunctioning arcade machines for that matter. Off the bat, Tan Tan is armed with three melee weapons, one for low swipes, one for high swipes, and another for sides.

Using these attacks with correct timing allows you to pull off combos, which lands you extra cash from enemies. The coin you earn can then be used to purchase new weapons, increase health and stamina, and even power up the weapons you already have. As you progress, you unlock abilities that allow you to access more parts of the map, in some cases, roads you’ve already been down. Anyone who’s hunted Metroids or faced down against the armies of Dracula will be all too used to this.

Initially, the combat system felt rather fresh but quickly became stale. When it came to run-of-the-mill goons, it didn’t really matter what kind of swipe you used to attack them. Most of them fell after a sweep of hits, whether you attacked them from the north, south, east, or west. Boss battles were a whole other animal, considering that taking down these baddies required a little more finesse.

If llama-riding raccoons weren’t weird enough, there are points where the game encourages you to take out your mobile phone. After scanning in-game QR codes with your phone, you get to play a mini-game directly from your device to unlock bonuses. I never thought that a gameplay device could further a game’s intended satire. It’s the kind of element that I’m sure will be copied by the industry at large, just you wait. 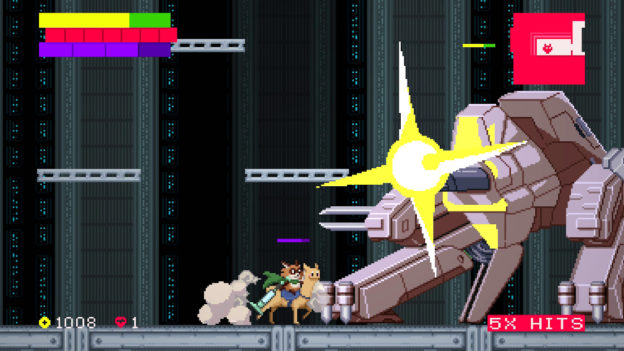 The presentation is easily where SuperEpic sings. The conceit of the story, the world it takes place in, and the look of everything from Regnantcorps’ many departments to the company’s executive leadership team are overflowing with personality. Sure, you’ve faced down against Kraid and Death, but have you ever tackled a Slave Team Builder or a Senior Monetization Vampire? Anyone who’s ever held down an office job may find something to relate to.

To succeed as a Metroidvania, a game has to set itself apart from the rest. SuperEpic’s second-screen mini-game approach is not only an innovative concept, it helps underline the satirical conceit the game’s story lays out. Even with its shallow combo-based combat system, there’s plenty here for fans of the genre to enjoy.