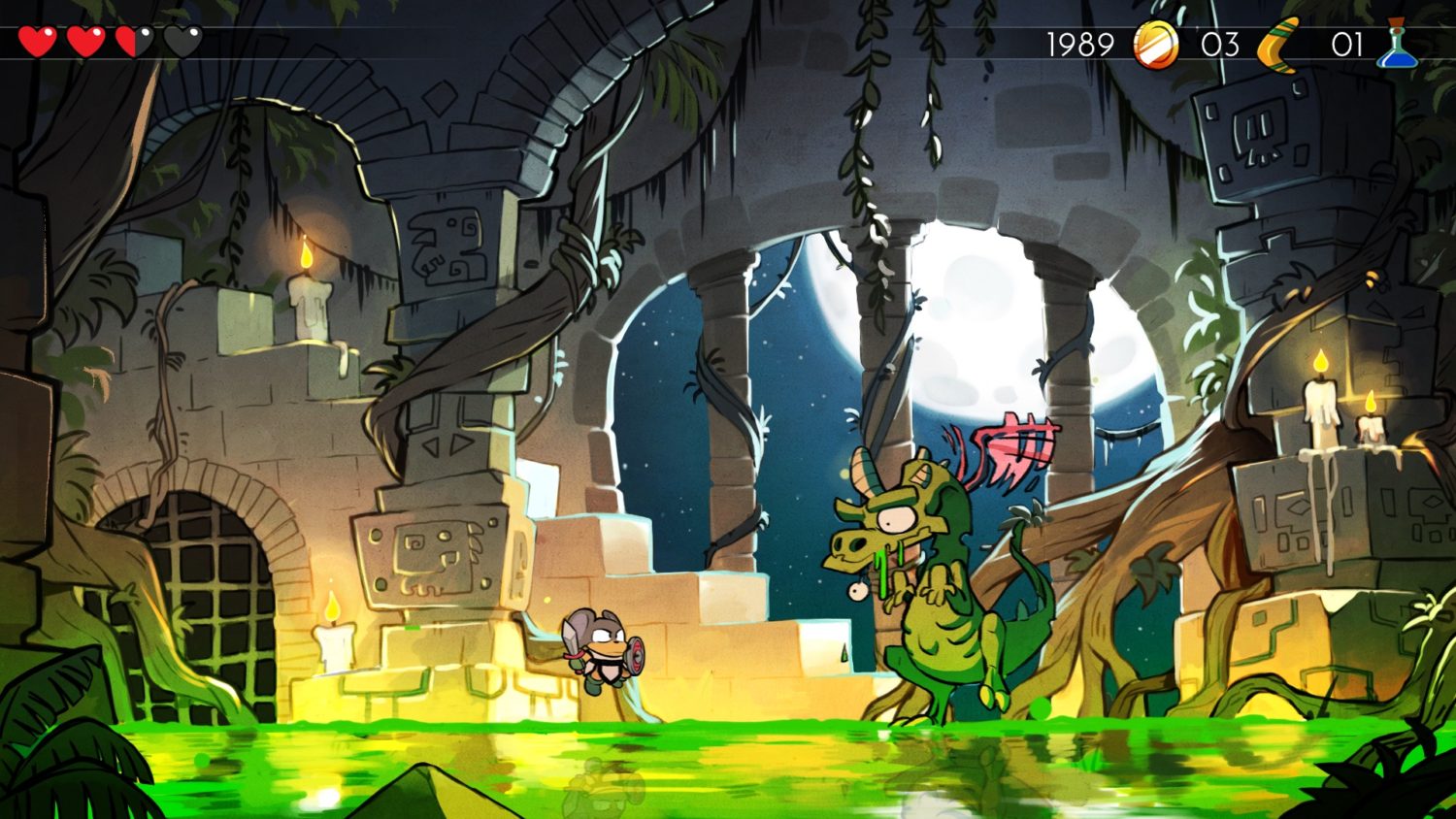 PARIS – February, 24 2017 – DotEmu, developer and publisher specializing
in modern releases of beloved retro games, and Lizardcube, are thrilled to
reveal an exciting new feature in our Wonder Boy: The Dragon’s Trap remake:
the “Retro” feature.

Whether you’re a purist touting the idea that “it was better in the old
days” or a futurist who digs 21st-century graphics and remastered
soundtracks, this enhanced version of Wonder Boy: The Dragon’s Trap
satisfies all persuasions. With the “Retro feature” you can switch in-game
from HD to 8-bit anytime, anywhere. If you have fond memories of piano key
neckties and talking Trans Ams, Retro lets you rewind the clock to a time
when just pressing a single button felt so good.

Nostalgists can load their last save from 1989 by entering the password
scribbled on their geometry homework, or join millennials in beginning an
adventure that defined an entire gaming generation.

Wonder Boy: The Dragon’s Trap will be available this spring on PS4, Xbox
One, and Nintendo Switch.

DotEmu is a French video game company specializing in modern releases of
beloved retro games. Our mission is simple: give every gamer access to
yesteryear’s classic video games on today’s platforms, including PC,
mobile, console and more. DotEmu is proud to have worked with some of the
gaming industry’s most prestigious companies, including Square Enix (Final
Fantasy series), SNK (Metal Slug and Fatal Fury series) and Ubisoft (Heroes
of Might and Magic III HD). Our passionate team has worked on dozens of
high-profile projects, including Ys Chronicles I & II (mobile), R-Type I &
II (mobile), Another World (mobile, PC), Double Dragon Trilogy (mobile,
PC), Titan Quest (iOS), Pang Adventures (mobile, PC, console), and more.
Founded in 2007, DotEmu leverages its considerable technological know-how
to maintain the original spirit of classic games while giving them a second
life as rediscovered gems for a new generation of gamers.