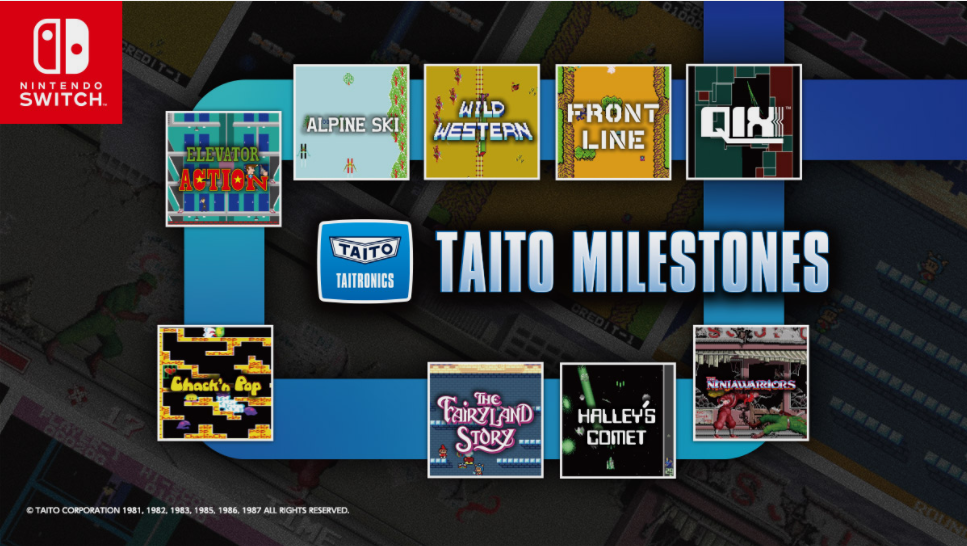 Update (11/30/21): TAITO and ININ Games have announced that the tenth game in the collection is 1981’s strategy/shooter hybrid, Space Seeker. Preorders are now open at Strictly Limited Games.

Original Article: Taito Milestones sounds like my kind of arcade. This new collection from TAITO and ININ Games will come with 10 ’80s arcade games, each of which is meant to represent “…a breakthrough in development of gaming history.” That’s as may be, but I’m happy knowing they represent a good way to have spent a few dollars’ worth of quarters back in my youth.

Nine of the ten games have been announced so far, with sports, shooter, puzzle, and platformer games comprising the collection. This is the first time these games have been brought together under one release, so it’s a great way to try out some new ones along with your favorites.

The 10th game will be announced soon, so there’s still a chance your favorite Taito title will make the collection if it’s not there already. With Qix and Wild Western present, I’m good.

Pre-orders for Taito Milestones will open November 25th at the Strictly Limited Games Partner Store in both Limited and Collector’s Editions (3,000 and 2,000 available copies, respectively). Soon thereafter, the standard boxed and digital versions will open for pre-orders through your usual outlets.