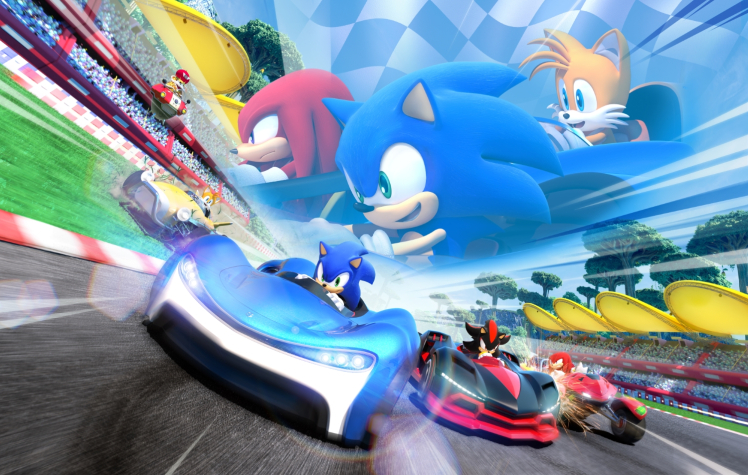 Team Sonic Racing speeds onto the Nintendo Switch this winter

Team Sonic Racing speeds onto the Nintendo Switch this winter

SEGA has announced a new game for their flagship character, with Sonic taking his speed to a whole new level in Team Sonic Racing. The game is due to hit the Switch this winter.

Team Sonic Racing was developed by Sumo Digital and promises to combine the best elements of arcade-style competitive racing with unique vehicle customization to make the players feel more immersed in the game.

The brand new game brings solo, team, or versus modes to Sonic and friends, with high-stakes races across the Sonic universe. You’ll be able to play as one of fifteen playable characters, including Sonic, Tails, Shadow, and more, competing with up to twelve players online.

As with any respectable racing outing based on famous gaming icons, there will be the obligatory items to use offensively or defensively to get ahead. In Team Sonic Racing, these are known as Wisps.

We’re also told that there will be vehicle customization options, including handling and appearance of your vehicle The game will bring several game modes, including an Adventure Mode with a unique story. Other modes include Grand Prix Mode, Exhibition Mode, and Time-Trial.

Which character do you hope to see make their way to the racetrack? Team Sonic Racing will speed onto the Nintendo Switch this winter. In the meantime, check out the reveal trailer below. You can pre-order the game on SEGA’s website.