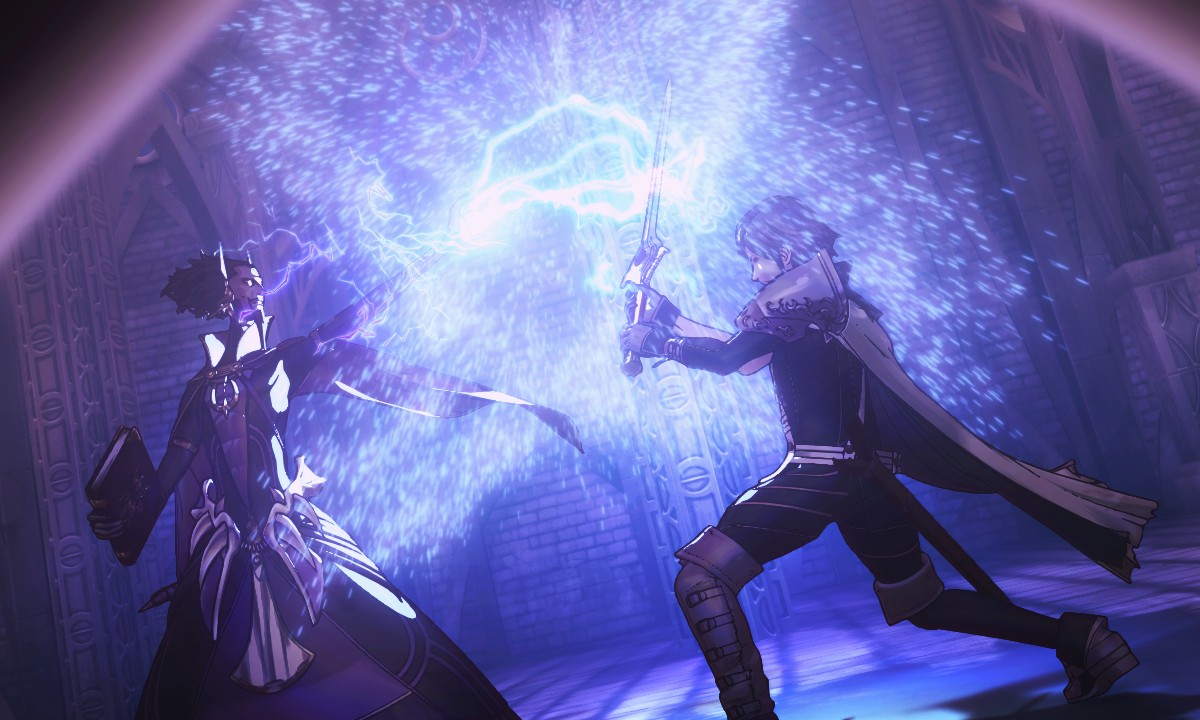 The Adventure of a Lifetime Awaits in Fire Emblem Awakening

REDMOND, Wash.–(BUSINESS WIRE)– You are standing at the edge of a massive battlefield. Before you stands a sea of enemies: wyvern riders, dark mages, fearsome knights. You and your companions must use your wits to defeat the approaching onslaught. One wrong move could end in defeat. But the right decisions could result in a glorious victory. Your archer is in position. Your healer is standing close. You are defending the Kingdom of Ylisse from a vicious enemy alongside the bravest warriors in the land. You are ready. This is Fire Emblem Awakening.

Today, for the first time, the epic fantasy turn-based strategy series launches for Nintendo 3DS in retail stores and in the Nintendo eShop. Fire Emblem Awakening follows the story of Lord Chrom as he bands together with a growing army of brave companions to save the world from a rising evil.

“The Fire Emblem series has been enchanting fans for years on many different Nintendo systems,” said Scott Moffitt, Nintendo of America’s executive vice president of Sales & Marketing. “From Game Boy Advance to Wii, millions of knights- and mages-in-the-making have enjoyed adventures through the mysterious and fantastical worlds of these games. This new Nintendo 3DS adventure will let people experience the franchise in a whole new way with detailed graphics, an engrossing storyline and deep tactical combat.”

Fire Emblem Awakening stars a massive cast of playable characters with unique personalities and individual skills. As the dramatic and emotional storyline unfolds, the characters in the game take part in numerous battles where strategic decisions determine success or failure. Like previous games in the Fire Emblem series, if a beloved character falls in battle, he or she is gone forever. This unique feature continues to add tension and urgency to the engrossing game play the Fire Emblem series is known for. For a more casual game-play experience, players can choose “casual mode,” which does not have the permanent death system.

New to the series are a host of new features that make Fire Emblem Awakening the deepest and most robust entry in the series. In the game, when characters pair up, they can perform devastating dual strikes or protect each other from oncoming enemies. As the game progresses, these partnered characters build a relationship and can eventually get married and have children. Players can use the StreetPass functionality of the Nintendo 3DS hand-held system to create “StreetPass teams” composed of the characters from the game. After tagging someone with StreetPass, players can engage with the opposing team and battle for control of the opposing team’s leader, recruit the team leader with gold or purchase any items he or she is carrying.

Outside of the main campaign, owners of Fire Emblem Awakening can purchase and download additional weekly maps. The maps will offer valuable rewards for completing them, including new playable characters, new class types and skills. The first of these downloadable maps features legendary Fire Emblem character Marth. This map is available now, and is free until March 5. Additional maps will be released each week and can be purchased from the in-game shop. In addition to content that can be purchased from within the game, Nintendo will also distribute new content via SpotPass for free. Starting at launch and continuing for the months following, SpotPass content will be distributed and will feature new maps with new storylines, characters and items.

In addition to the stand-alone game, a special limited-edition Fire Emblem Awakening Nintendo 3DS bundle is also now available in stores. The bundle includes the game pre-installed on a blue Nintendo 3DS system emblazoned with Fire Emblem artwork. It also includes a 4GB SD memory card. The bundle is available for a suggested retail price of $199.99.