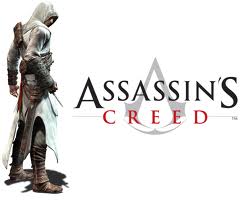 The Assassins’ Creed Wii U game is not Revelations

“We saw something about a new Assassin’s Creed for Wii U. What can you say about that?” asks the website.

“Our next edition of Assassin’s will be in a Wii U version,” Guillemot replies.

“No, not Revelations. For the future.”

“So it’s Assassin’s Creed III? Or is it something else?

Now the questions is raised…Is it a Wii U exclusive or just the next installment in the Assassins’ Creed franchise?