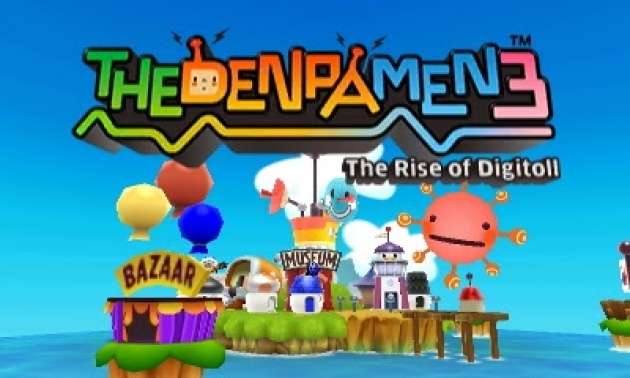 The Denpa Men 3: The Rise of Digitoll Coming to the West This Summer

Released in Japan last year, the developers behind the quirky RPG series The Denpa Men have now confirmed the Western release of The Denpa Men 3: Rise of the Digitoll.

Genius Sonority announced the arrival of the third instalment in the series for the North American and European 3DS eShops this summer.

A free demo of The Denpa Men 3: Rise of the Digitoll will be made available in May, and users will be able to transfer their progress to the full game when it launches. The demo will be limited to 30 plays.

To mark this announcement, The Denpa Men 2 is on sale from now until March 13, so it’s a good time to catch up on the series before part 3 is released.

Check out the trailer and full press release below. Are you excited about capturing more Denpa Men for your quests this summer?

Tokyo, Japan – March 6, 2014 – Today, Genius Sonority, publisher of interactive software, is proud to announce the downloadable title, THE ‘DENPA’ MEN 3: THE RISE OF DIGITOLL, for the Nintendo 3DS platform for release in the summer of 2014.

About The ‘Denpa’ Men 3: The Rise of Digitoll

THE ‘DENPA’ MEN 3 is the third game in the expansive RPG series where players catch and form parties with Denpa Men to conquer dungeons and explore a vast world. In the third iteration, the Denpa Men you are trying to capture can now fight back by throwing colored balls at you, but players have new weapons at their disposal such as an antenna to capture Denpa Men.

Who are the “Denpa” Men?

The Denpa Men are mysterious creatures who appear around radio waves. Find Wi-Fi signals or scan QR codes to find Denpa Men, and use the AR “Catch” feature of the Nintendo 3DS to make them part of your team.

Each Denpa Man is unique in its appearance, stats, and abilities. The possibilities of their variations are limitless. It is also said that among them exists a very rare kind of Denpa Man.

Demo
A demo for THE ‘DENPA’ MEN 3 will be available in May. In addition to giving players a sneak peek of the game, it will allow them to transfer their progress to the full version upon release. Note that the demo version can only be booted up thirty times.