The DioField Chronicle is heading to Nintendo Switch

The DioField Chronicle is heading to Nintendo Switch

Stand up and shout, SRPG fans!

SQUARE ENIX has been keeping Switch gamers busier than usual as of late, and it looks like that’s not ending any time soon. The company announced yesterday that The DioField Chronicle—”an all-new strategy-RPG that immerses players in an epic tale of war and honor”—will be killing the dragon on the Nintendo Switch later this year.

The new franchise is developed in conjunction with Lancarse Ltd, and includes plenty of A-list names on the project: character designs by Taiki (Lord of Vermilion III, IV), concept art by Isamu Kamikokuryo (FINAL FANTASY XII, FINAL FANTASY XIII) and orchestrations by Ramin Djawadi and Brandon Campbell (best known for their work on Game of Thrones).

The DioField Chronicle is set in a beautiful and unique world blending fantasy, medieval and modern-day influences. Under the steady hand of the Shaytham dynasty, the Kingdom of Alletain on DioField Island has known peace for 200 years, but suddenly find themselves cast into an age of uncertainty due to the rise of warlike powers and modern magic.

The Kingdom of Alletain is rich in the mineral Jade, prized for its use as a base ingredient in magic and sorcery, and the attention of both the Empire and the Alliance inevitably turns towards the island. Players will take control of a band of elite mercenaries calling themselves “Blue Fox”, but will the name “Blue Fox” come to signify hope or darkest tragedy?

But the DioField Chronicle is new in more than just name and setting, as evidenced by the above trailer which provides a first look at the deeply strategic real-time battle system called “Real-Time Tactical Battle”(RTTB). In the “diorama”-style combat settings, players will assess front line conditions in real-time, issue decisive orders, and use a variety of skills, classes, and equipment to gain the upper hand over their foes. 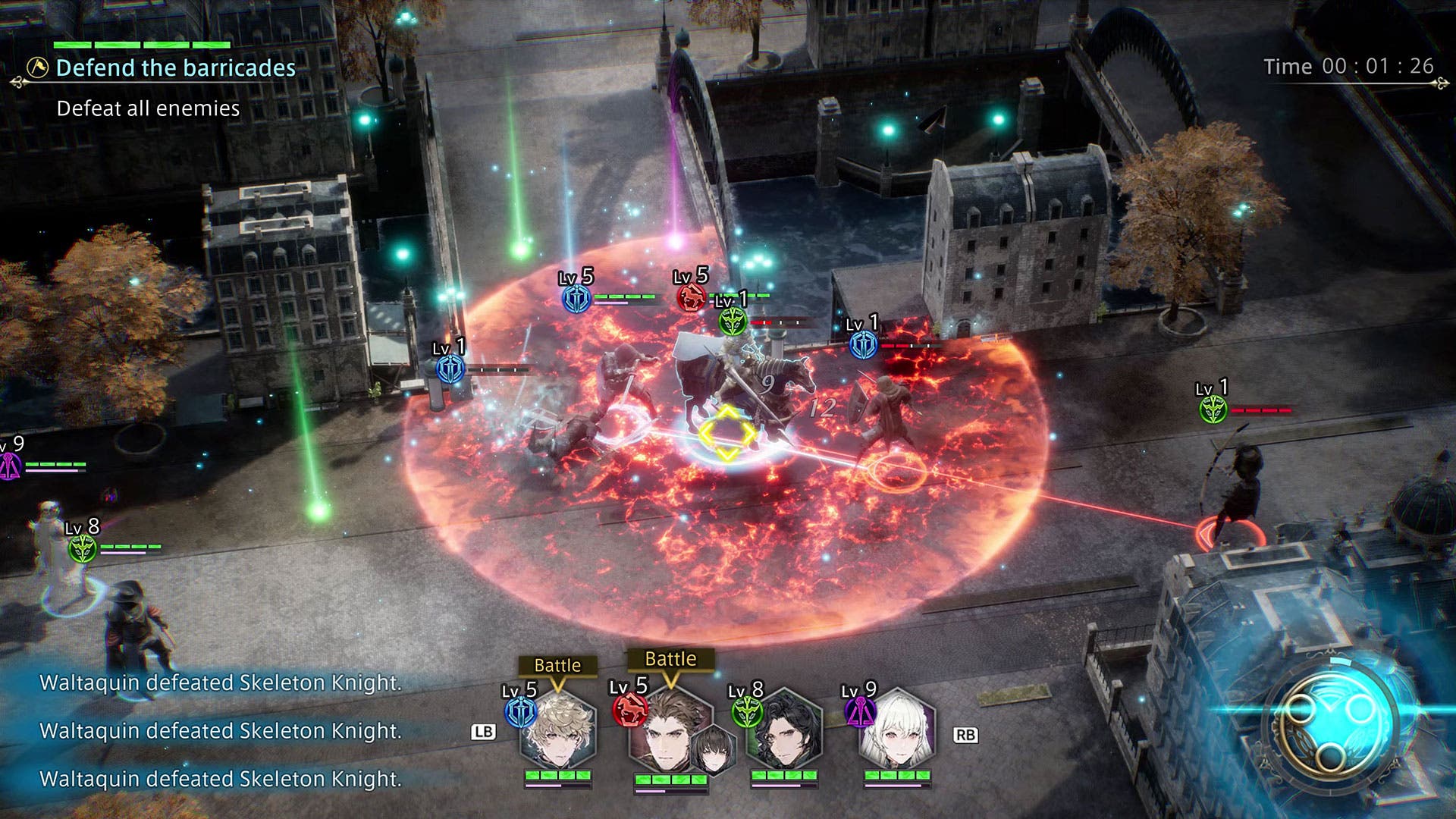 More information on the game’s setting, characters and gameplay can be found at www.diofieldchronicle.com and in this blog entry from Duncan Heaney. We’ll keep you posted on further details and a firm release date as they’re announced.