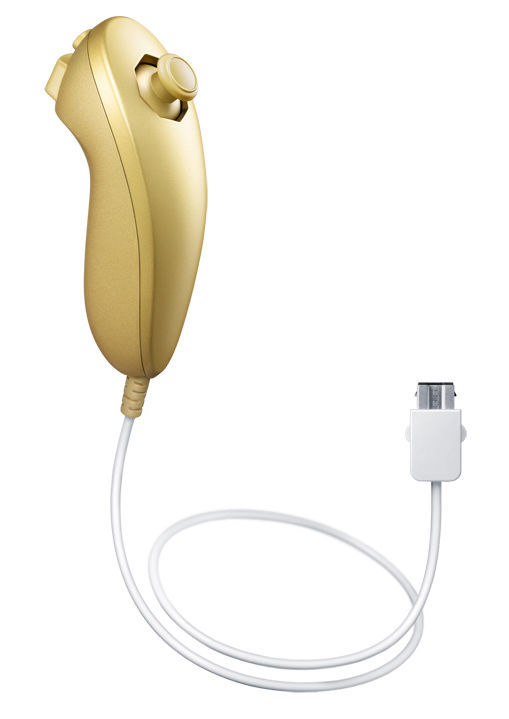 The Golden Nunchuk Has Sold Out Again 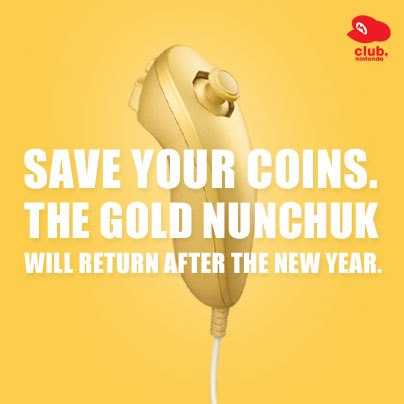 The popular Gold Nunchuk has sold out on Club Nintendo once again!  Recently Nintendo decided to bring the golden Wii peripheral back to Club Nintendo after it sold out during its premiere appearance on Nintendo’s rewards website in August of this year.  And once again shortly after it became available the special Nunchuk has sold out for a second time!  No need to worry though because Nintendo has assured their fans that the Gold Nunchuk will make a return next year!  The image above was posted on Nintendo’s Facebook page and they also sent out a Tweet on Twitter, which can be seen below.

The Gold Nunchuk will return to #ClubNintendo after the New Year. Start saving your Coins! bit.ly/O7mThC

If you are a die hard Nintendo fan and have not yet signed up for Club Nintendo, then do so now!  Club Nintendo allows you to earn coins for purchasing Nintendo licensed  games/consoles and answering a short survey.  You can use these coins that you collect to order cool rewards that are exclusive to Club Nintendo members!  Not only that if you collect enough coins throughout the year, then you can get a very special gold/platinum reward from Nintendo depending on how many coins you earned.