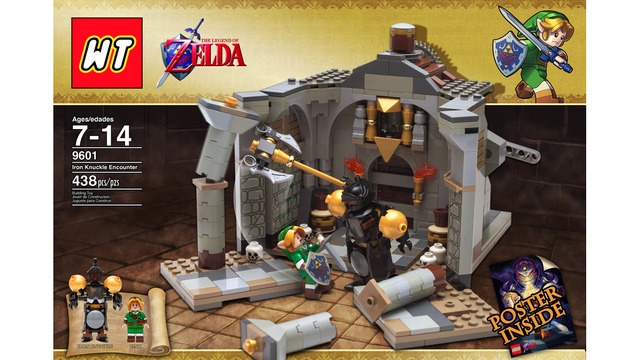 The Legend of Zelda Misses Out on LEGO Approval

The concept for a Legend of Zelda LEGO set, featuring Link battling with an Iron Knuckle, had late last year gained enough support to be considered by the LEGO team as an official LEGO set. The review’s results are in and, unfortunately, the set has not been approved.

Having reached the required 10,000 votes, the Zelda idea moved into a review stage, amongst other potential concepts listed on the LEGO Ideas site. While many aspects are considered during the team’s deliberation, and although the Zelda set initially made it through to a smaller selection of finalists, the decision has been made and Zelda sadly was not the winning concept.

Nintendo has released several Mario-related sets under an agreement with K’Nex – such as Mario Kart and Super Mario 3D Land – so it’s not impossible for future Nintendo sets to become a reality in some way. For now we can only imagine the fun of building something from the world of Zelda out of those sturdy LEGO bricks.

Let us know if the concept looks impressive to you, and you can also read more about the Zelda LEGO project.