The Life and Legacy of Gunpei Yokoi

When one thinks of some of the greatest and most influential figures in the Gaming industry, very few people can hold a candle to Gunpei Yokoi. Mentor to Shigeru Miyamoto, visionary pioneer, and creator of one of the biggest flops the gaming industry has ever seen, Yokoi was a man who experienced it all during his eventful time in the video game industry.

Yokoi began his lengthy tenure at Nintendo back in 1965 as a lowly maintenance engineer, overseeing the production of Nintendo’s then main output, Hanafuda playing cards. Upon inspection of the factory one day, Nintendo president at the time, Hiroshi Yamauichi spotted a contraption that Yokoi had assembled in his own spare time to fight off boredom, an extendable and retractable arm grabber. Being so impressed with what hesaw, Yamauichi ordered the janitor to develop the arm into a marketable toy. He did so, with his creation becoming known as the Ultra Hand. Yokoi’s keen eye and imagination gained attention from his seniors at Nintendo and, following on from the success of the Ultra Hand, Yamauichi placed Yokoi as the head of Nintendo’s new “Games and Setup” department, where he helped diversify Nintendo’s product output into more than just playing cards, just as Yamauichi had desired. The Ultra Hand creator would go on to further expand his list of creations, and he later utilised his degree in engineering to develop electric toys such as the Love Tester. These progressive steps from Yokoi, and Nintendo as a whole, would result in the company evolving from a little known playing cards manufacturer from Japan, to the biggest video game powerhouse the world had seen. 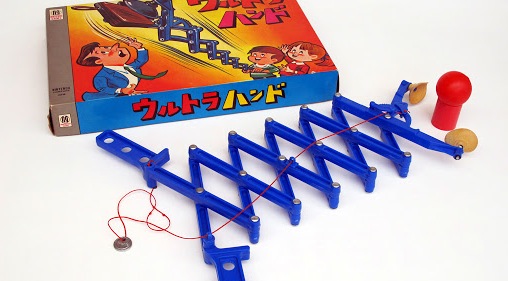 Following Nintendo’s successful transition into the toy market, Yamauichi couldn’t help but notice the escalating popularity with electronic toys and video games and the reduction in the technological costs involved. He noted the popularity of home entertainment systems already booming in the US, and the successes manufacturers such as Atari were experiencing. Yamauichi decided to pursue the industry himself, with one of Nintendo’s first major steps into the electronic world of video games being helped along when Yokoi was tasked with developing a line of electronic games that came to be known as the Game & Watch series. The systems were simple, handheld devices featuring a small LCD screen and were controlled using a combination of buttons. Some of the models also featured the “D-Pad”, a control pad developed by Yokoi himself that would go on to become a mainstay of just about every video game system that succeeded the Game & Watch. The systems were seen as easy to use, portable gaming devices, great for the likes of bored commuters. Utilising simple technology already found in the likes of LCD calculators. The straight forward production of the systems led to a variety of designs and games being released in the series, notably including some of Nintendo’s best known franchises such as Donkey Kong, The Legend of Zelda, and Mario Bros., with a total of 40 variations being released in total. The handhelds ushered in a new portable method of gaming never seen before, with video gaming up until that point being a purely home console or arcade experience. 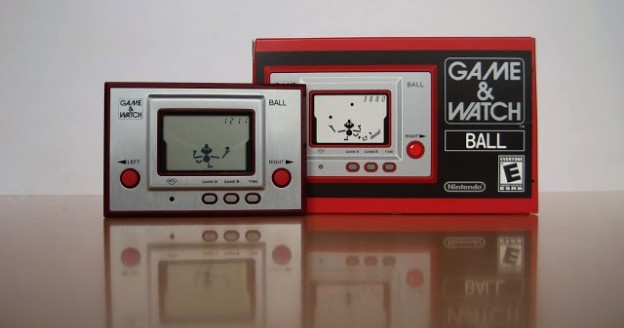 Expanding upon Nintendo’s great endeavours into the handheld gaming territory, Yokoi took his knowledge and turned it into what became his magnum opus, when in 1989 he developed the Nintendo Game Boy. Yokoi saw the huge appeal and popularity of portable gaming due to the success of the Game & Watch series, but saw that those using the systems were limited to enjoying just one game at a time, with two modes of difficulty at best. This drove him to come up with the idea of one device that could play an entire library of games and all whilst fitting into the palm of a hand. The Game Boy featured a slot for interchangable cartridges allowing the user to carry a catalogue of games with them, and all able to be played on the one system. Yokoi decided to keep the technology cheap, choosing to stick with a Monochrome display as opposed to a full colour one seen in competitors devices. The battery life was also significantly better than the likes of the Sega Game Gear. All these factors resulted in the Game Boy being sold at a lower market price and led to it becoming a consumer phenomenon, further making Nintendo a household name and continuing to distinguish them as a video game company rather than the toy manufacturer they had been. The Game Boy’s impact was emphatic, and led to countless revisions and updates including the Game Boy Pocket and the Game Boy Colour, with the aforementioned models going on to sell just shy of 120 million units combined. 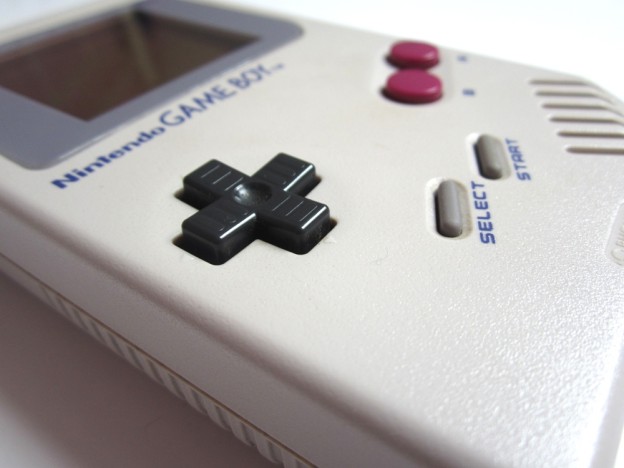 4 Shades of Grey – Despite the lack of colour, the Game Boy took the world by storm

Yokoi’s contributions to Nintendo not only consisted of hardware developments, during this highly groundbreaking period at the company he was responsible for the creation of a plethora of well loved games such as Metroid, Kid Icarus and thought up many of the characters featured in the games, including the likes of Wario and Pitt. He also helmed the production of a number of games, most famously the Super Mario Land series for the Game Boy. But despite his many successesand achievements during his time with Nintendo, Yokoi’s partnership with the company came to an abrupt end following the release of his next major creation, the Virtual Boy. Marketed as a “Virtual Reality” machine, what in fact came about was a fairly cumbersome device that displayed stereoscopic 3D gameplay through twin screens, encased in a pair of goggles that the player would peer through. Unfortunately, Yokoi’s trademark policy of creating fun and enjoyable experiences using limited funds and technology caused him to opt for red LEDs for the system’s display, the cheapest available. This turned out to be one of the most heavily criticised components of the Virtual Boy as players got bored and often visually discomforted from staring at red and black parallax screens for lengthy period of time. Ultimately, Yokoi’s futuristic device was far too ambitious and the Virtual Boy turned out to be a catastrophic failure for Nintendo, causing them to pull the plug on the system a mere five months after its release. The Virtual Boy’s failings were caused by a number of factors, poor marketing and a lack of solid titles being major issues. Ultimately, the responsibility that Yokoi felt following the disastrous performance of the Virtual Boy was too much to bear, and he decided to turn his back on the company he’d grown with, instead choosing to try his luck with his own gaming company, Koto Laboratory. 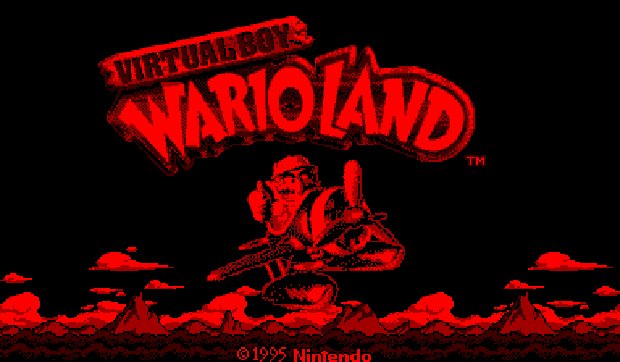 Following the thirty one years at Nintendo and the experience he had gained, Yokoi went on to develop the WonderSwan, a handheld system produced as a joint venture between Bandai and his newly developed company, Koto Laboratory. The WonderSwan was, ironically, put on the market to compete with Yokoi’s own brainchild, the Game Boy Color. The WonderSwan showed some notable similarities to the Game Boy all with the inventive new features that were typical of it’s creator. These included the ability to play the system both horizontally and vertically. The WonderSwan’s large treasury of games and acquisition of some strong game franchises from the likes of Capcom and Squaresoft, coupled with the system being marketed at a very low price, helped Yokoi and his system to take a slice, though a very modest one, of his former company’s colossal stake in the handheld market. 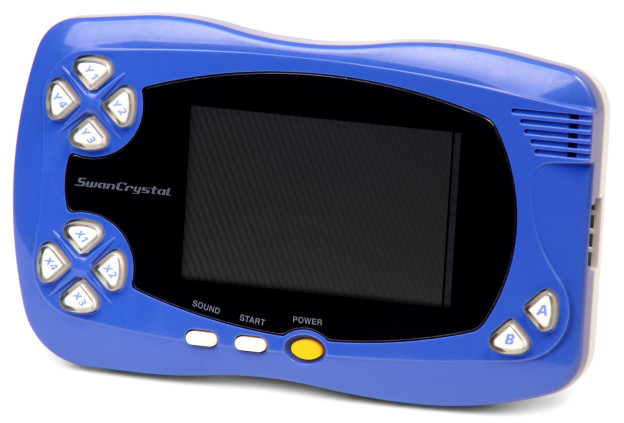 Unfortunately, the creator never managed to see the WonderSwan hit the market. In 1997, whilst travelling down a busy Japanese expressway, Yokoi and an associate were involved in a collision with another vehicle. Whilst inspecting the damage sustained, he was fatally struck by two oncoming vehicles, ending his life prematurely. He left behind a wife and son and a great number of friends and colleagues. 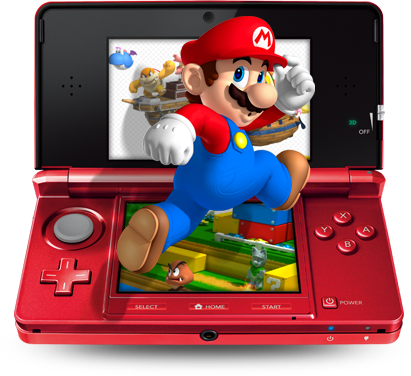 New Dimension – Without Yokoi’s experimentation, the 3DS may never have seen the light of day

Gunpei Yokoi may have left the world physically, but his presence is still felt throughout the big N. He was a visionary, a trend setter, and someone who helped shape Nintendo, and much of the video game industry, into what it is today. He passed much of his expertise down to his disciple, Shigeru Miyamoto, who, with the knowledge from his mentor, remains one of the most inspiring and influential figures in the business to this day. Yokoi’s ideologies can still be felt throughout the infrastructure of Nintendo. His “Lateral Thinking with Withered Technology” philosophy emphasised his belief that technology need not be cutting edge or state of the art in order to be enjoyable, a belief which Nintendo still holds dear to this day and is apparent through their games and hardware. Were it not for his ingenuity and bravery to venture into unknown waters, Nintendo may still just be a little known company from Japan producing children’s toys and playing cards. Without the dual screened design seen in the Game & Watch series we may never have seen the Nintendo DS come to fruition. If the experimentation with the Virtual Boy had never happened, Nintendo would never have learned sufficient lessons before developing for the Nintendo 3DS. One thing is certain, without Gunpei Yokoi, Nintendo would be a drastically different company today.