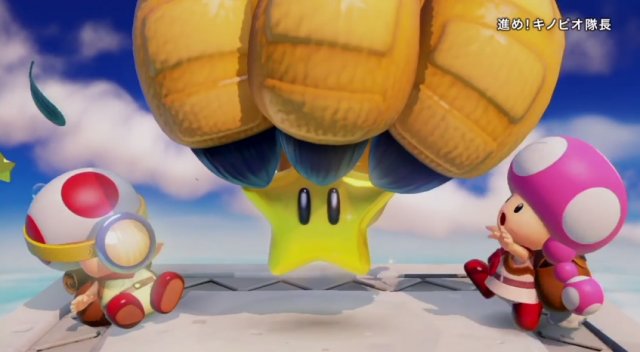 In addition to the Japanese trailer and release date announced earlier today, the Captain Toad news keeps coming with Nintendo of Europe announcing via Twitter that the gorgeous-looking puzzle game will be hitting Europe on January 9, 2015.

There’s also an English trailer to go along with it, and the most exciting new is that Toadette is joining the hunt!

The trailer packs a lot into 3 minutes, detailing powerups, enemies and tools – from Shy Guys and double cherries to turnips. It also shows off some stunning boss battles and the GamePad in use, plus co-operative play with Toadette.

Check out the trailer above to see Toad and Toadette in action, and let us know if you’re excited about this latest announcement.