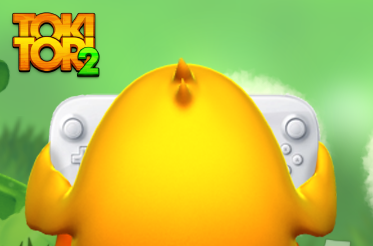 Toki Tori 2 pushed back until ‘early next year’

Toki Tori 2 was originally slated to be released on December 20th.

Coming from the developer blog.

Toki Tori 2’s a personal project for us. It’s first game we’ve made without being tied to a license or publisher, it’s something we’re putting a lot of love in, and it’s something that’s just not good enough to be released yet. It’s also the most complete game experience we’ve developed so far; the whistle and stomp concept is rather unique, the game world is filled with all kinds of creatures, we’ve added an interactive storyline and we’ll allow you to explore the game’s world as you see fit. All these things are in the game right now, but there are so many things that could, no… should be a better that we feel we would do you a disservice to you if we release it in its current form. So what now? We are busy making a plan to fix the the game’s current weak spots, in all categories ranging from gameplay to graphics to technology. We are not ready to commit to an exact release date at this point, but it will definitely be early in the new year. In closing, we’d like to thank everyone for the support we’ve received this past year. We hope you’ll stick with us until the release!