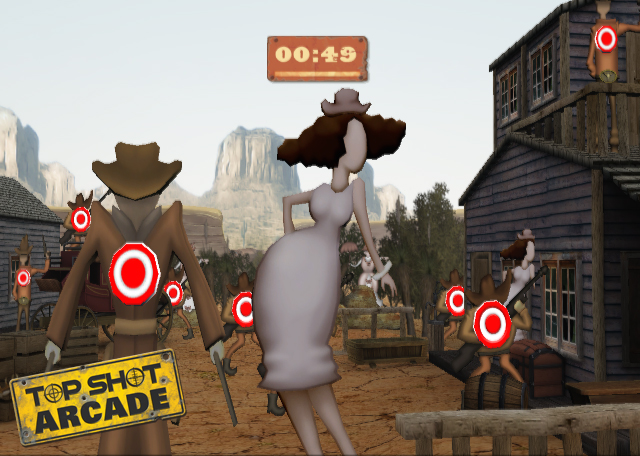 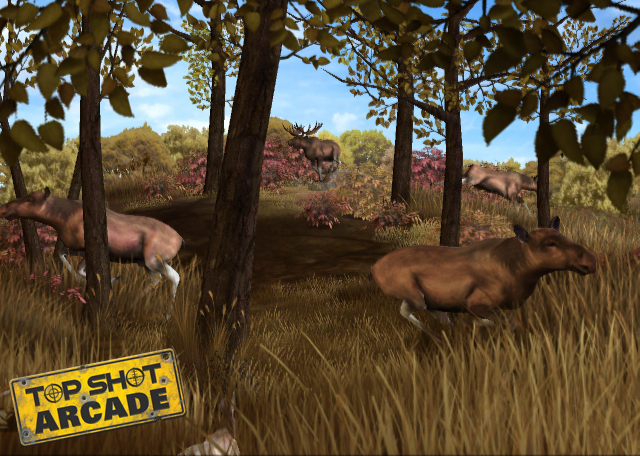 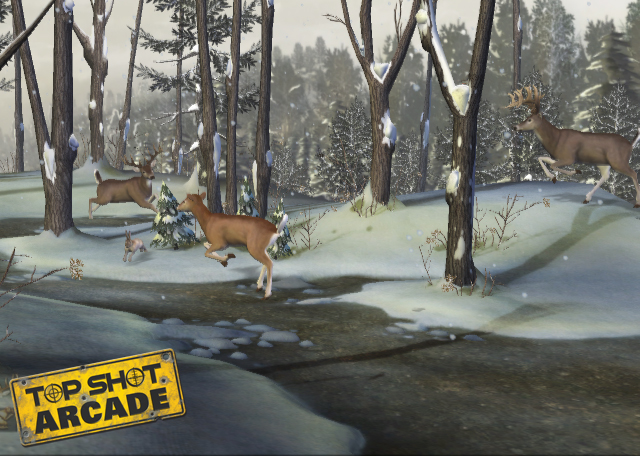 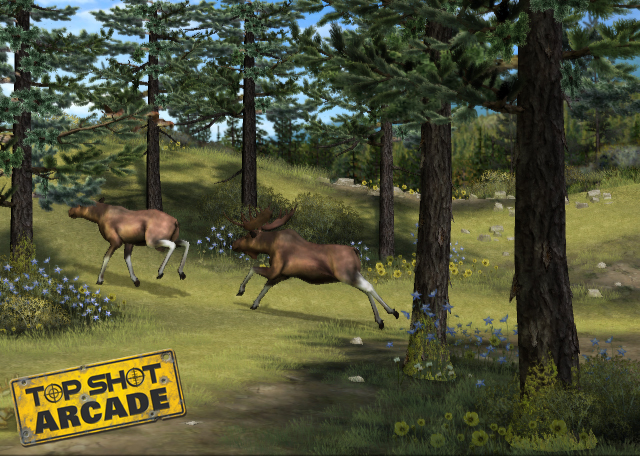 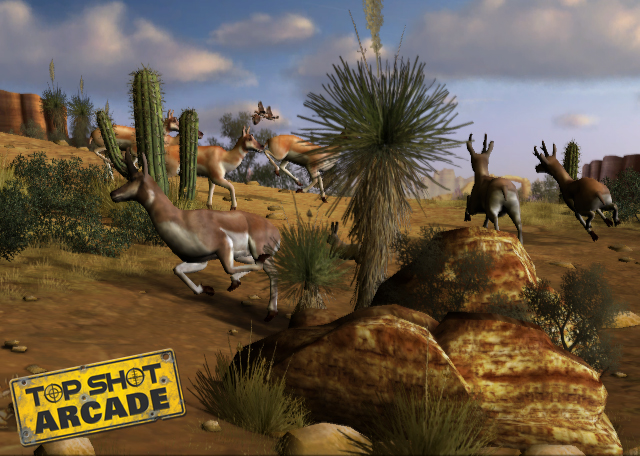 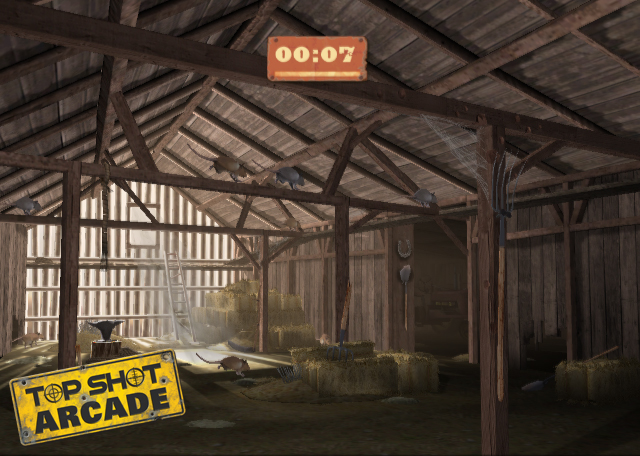 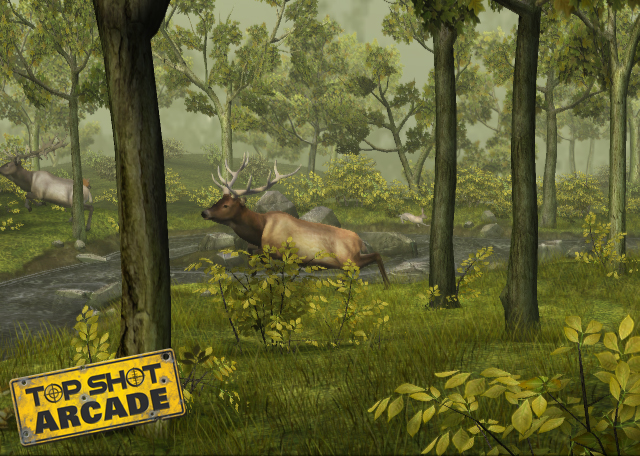 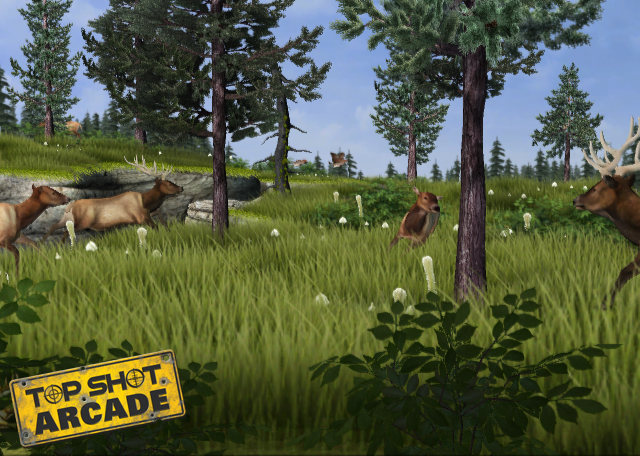 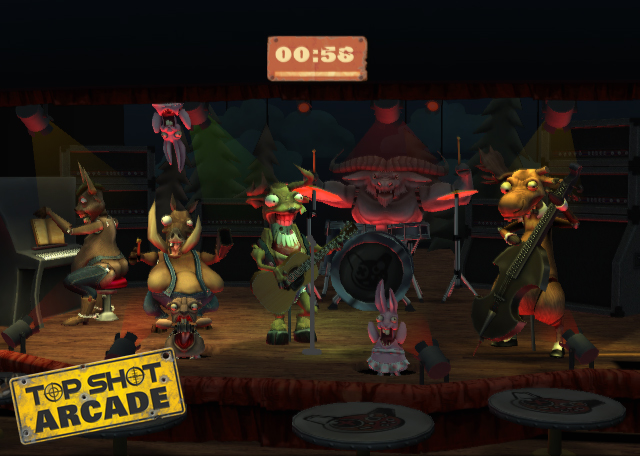 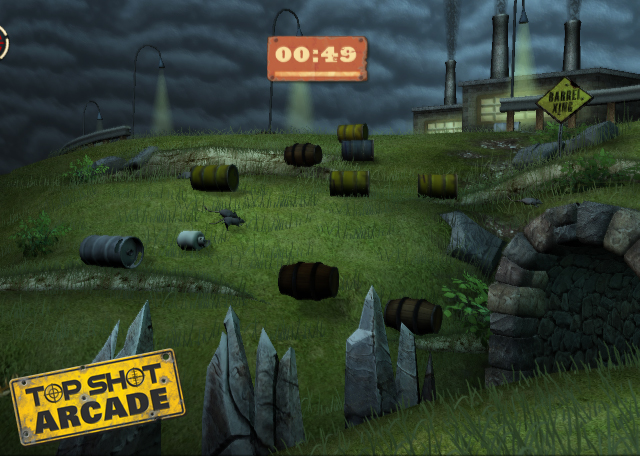 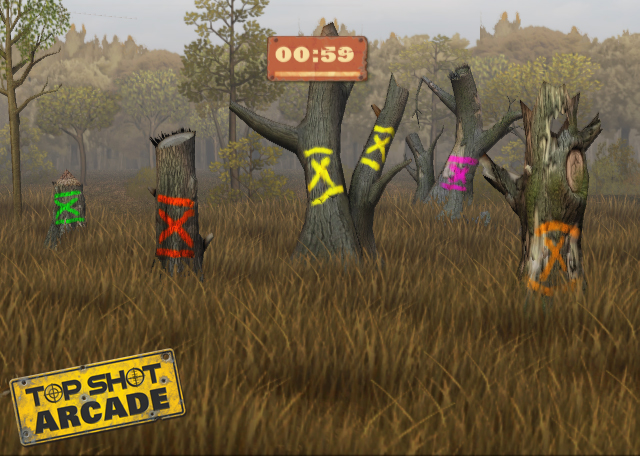 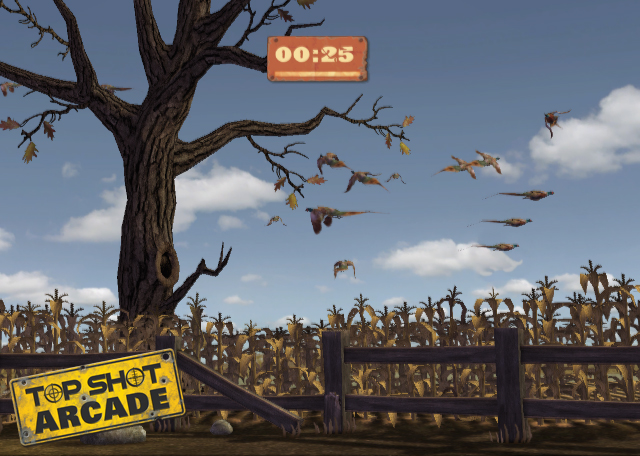 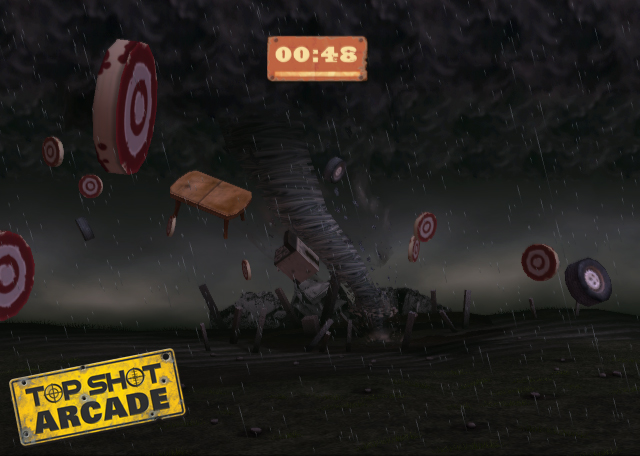 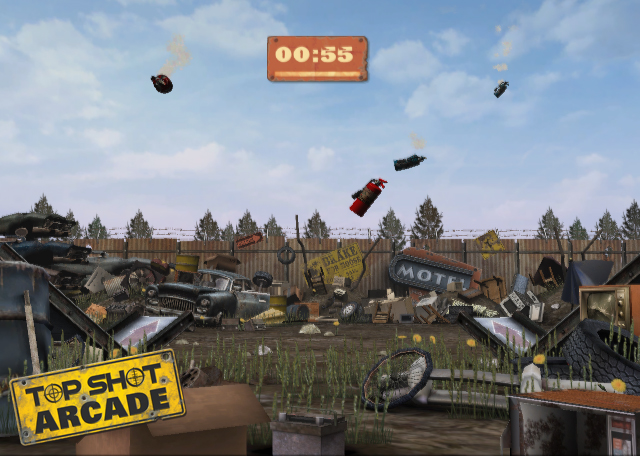 Up to four players will feel the thrill of the hunt as TOP SHOT ARCADE has over 75 arcade shooting galleries across 15 North American environments. If that’s not enough, TOP SHOT ARCADE also includes 15 outrageous bonus games that have players shooting up some unlikely targets. A few examples of the fun include: Night of the Living Trophies, Trailer Trashin’ and Animatronic Annihilation. From taking down zombified bucks to singing animals, there is a little bit of wackiness and outright entertainment for everybody. TOP SHOT ARCADE is also available bundled with the TOP SHOT ELITE firearm peripheral which makes the game accessible to players as they jump in, point, and take out the targets.

TOP SHOT ARCADE, bundled with the TOP SHOT ELITE, is available now exclusively for Wii™ with a MSRP of $49.99. TOP SHOT ARCADE itself is also on sale for a MSRP of $29.99. The game is rated T for Teen. For more information, visit www.topshotarcade.com or follow on Twitter and Facebook – @ActivisionHunts – Facebook.com/ActivisionHunts