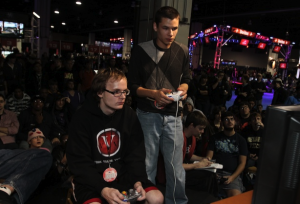 Major League Gaming was recently made aware of allegations of match fixing on the part of Pro Super Smash Bros. Brawl players Mew2King and ADHD at the recent MLG D.C. Pro Circuit Competition. The Official MLG Rules clearly state that no players may engage in “intentional Forfeiting or conspiring to manipulate Rankings or Brackets,” with one of the possible penalties for such a violation being a competition ban. Following an official investigation of the above allegations by the MLG Conduct Committee, both players have been banned from competing at MLG Dallas. Further penalties and sanctions may be imposed at a later date.