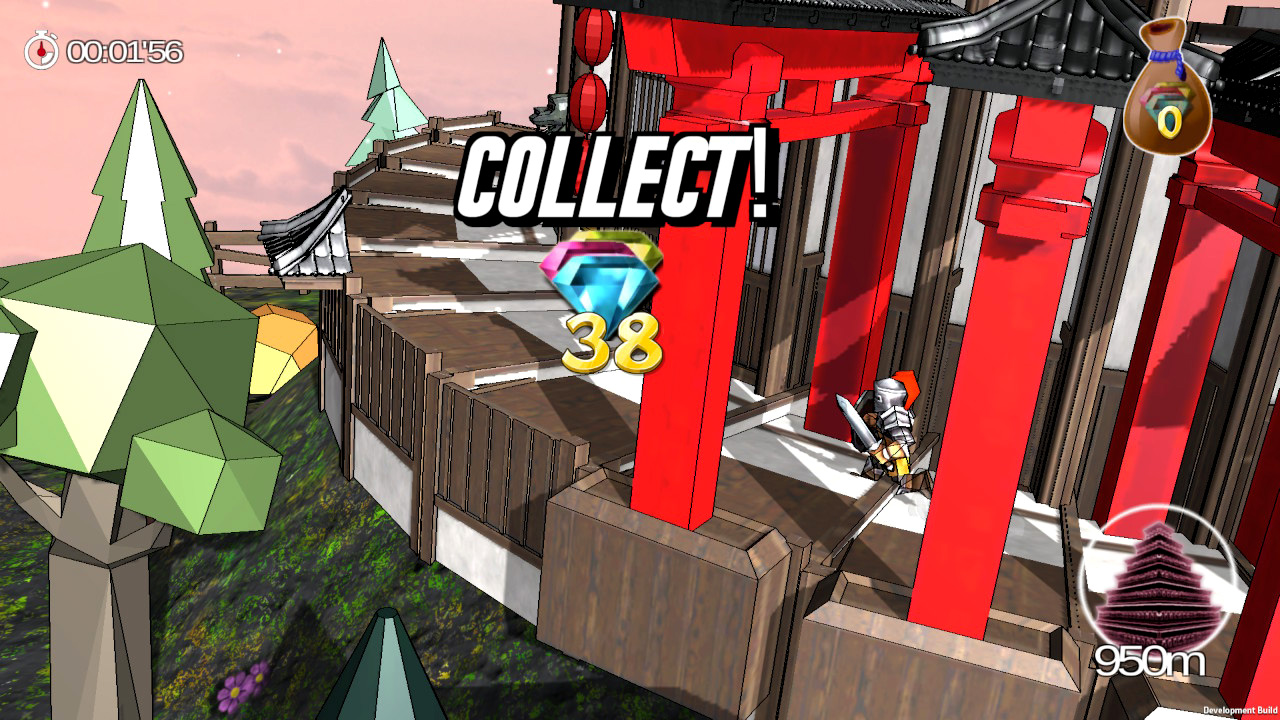 On-rail runners are relegated to the depths of the App Store. For those who can’t fathom gaming on their phones, there’s Tower of Babel on the Nintendo Switch.

Runners are easily the salad of gaming genres. In theory, you never really want to eat a salad unless you’re on a diet or there’s a trough of buttermilk ranch dressing to drown it in. But on the rare occasion you do break down and decide to eat something remotely healthy, you’re happily surprised. Salads are actually pretty good, despite your short attention span on the subject. Runners, while being uber simplistic and a dumping ground for shovelware are also, more often than not, pretty satisfying.

Tower of Babel stars a knight in shining armor who must scale towers in order to retrieve gems to save the world. Like all runners, movement happens automatically, with the player simply maneuvering speed, jumping and ducking various obstacles. Starting the game was a slog and seemed wholly unforgiving (side note: I suck at video games). Granted, once I grew the essential callouses after about 20 minutes of failure, the rush of victory began.

Dodging spikes and jumping for gems became incredibly satisfying. I’m not a guy who finds himself surprised too often with video games—most especially runners—but I found myself being unable to put the game down initially. At one point I managed to descend from a tower without dying once. Even if you do find yourself dying constantly, the game is rather forgiving.

The frustration will surely come, but it will be independent of the game’s design. For the culprit, you have to look to the genre it fits into. It’s like playing Mario Party with family and not having it descend into anarchy before the game is over. Runners are frustrating by default, it’s in their nature. And rage inducing as Tower of Babel is at times, it makes winning that much sweeter.

If you come into the game looking for something new and exciting, you may be disappointed. Tower of Babel doesn’t reinvent the genre, but it will scratch your runner itch pretty well. It’s well suited to those who like to pick up and play a few rounds before turning in at night, which isn’t exactly doable with many Switch titles. Plus, you won’t have to wade through the ads or freemium nonsense like in the countless alternatives you play on your smartphone. That alone may be Tower of Babel’s highest selling point.

Overview: Tower of Babel is a no-frills runner that is perfect for picking up and playing. It doesn’t reinvent the wheel but is a welcome eShop edition for gamers who can’t stomach playing on an a smartphone.

If you come into the game looking for something new and exciting, you may be disappointed. Tower of Babel doesn’t reinvent the genre, but it will scratch your runner itch pretty well.