Toy Soldiers HD to march again on the Switch

Toy Soldiers HD to march again on the Switch

The trench is where you're meant to stay!

Accelerate Games and Signal Studios have announced that an “…overhauled, upgraded, and better-than-ever Toy Soldiers™ HD…” will be released for consoles this August. And this time, that includes the Nintendo Switch

Originally released for Xbox Live Arcade in 2010, this action/strategy game based on miniature toy soldiers gained a following of nearly 5 million players and was nominated for the 2011 D.I.C.E. strategy/simulation game of the year.

…you strategically build your defenses while plotting your counter offensives. But unlike other tower defense games, Toy Soldiers HDgives you the ability to experience the battle from both top-down perspective and third-person perspective. Watch the action unfold or jump feet first into the boots of an infantryman and race across the battlefield dodging artillery while using a flamethrower to burn your enemies to a crisp. Mount your horse and charge the enemy head on with your cavalry. Pilot bombers and drop shells that pockmark the field below or strafe your opponent using biplanes. Go hands-on howitzers and mow down the enemy.

Toy Soldiers HD presents all of this with the fun and imagination of kids playing with little green army men (albeit hobbyist-painted) in the basement playset, but that doesn’t mean it lacks authenticity and challenge.

The game combines the authentic sights and sounds of WWI to create an immersive experience for you. Feel the mechanical rumble and hear the hard crunch of the ground underneath the treads of approaching tanks. Try to survive the last second scream of falling artillery bombardments. Duck behind cover when you hear the staccato of machine gun fire, or the approaching sound of biplanes.

The HD release of Toy Soldiers will include improved single and multiplayer gameplay, as well as never-before played content, enhanced HD graphics, and improved camera and sound. Even better, all released DLC will be included in the campaign flow. 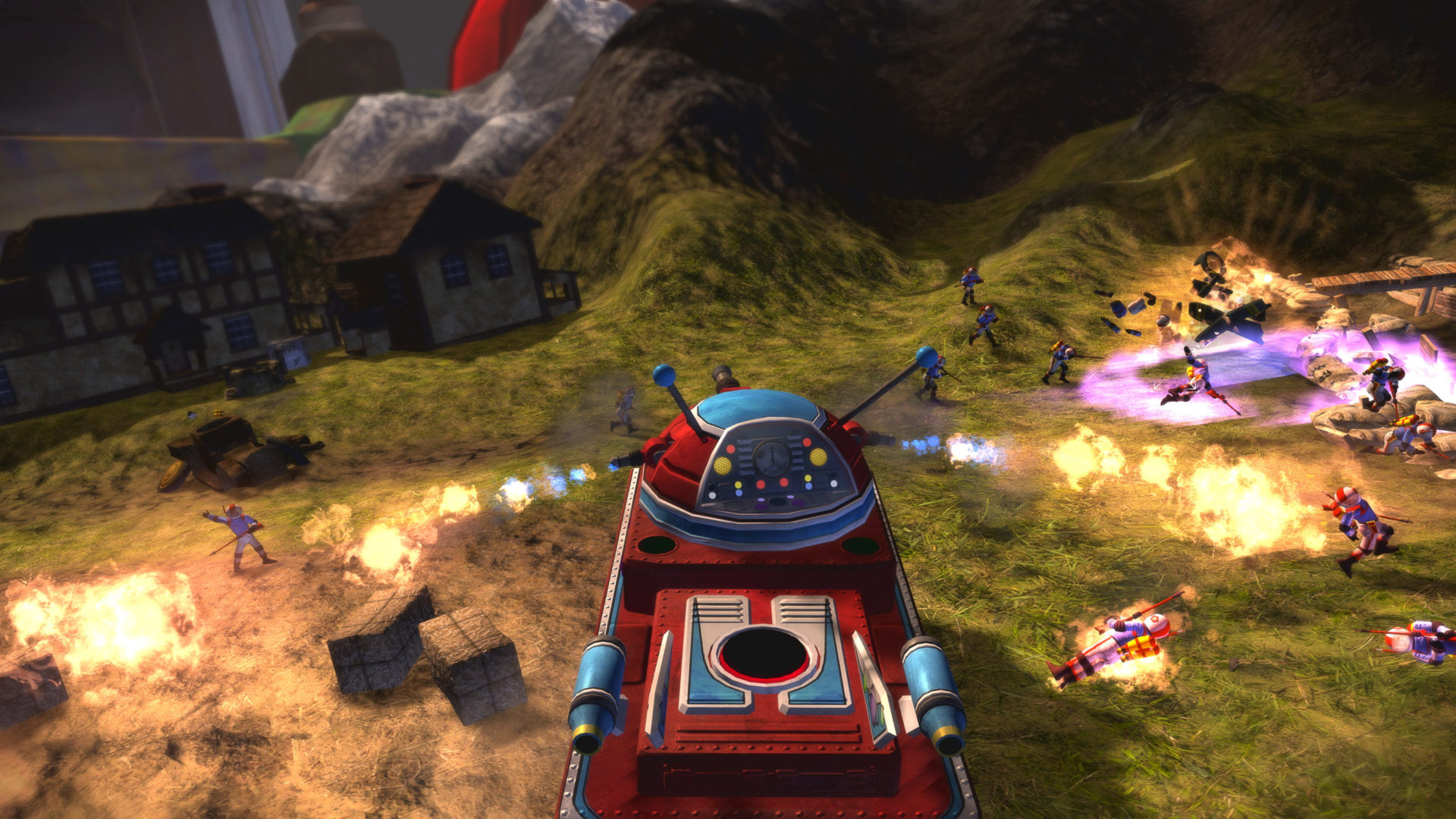 Switch gamers will be able to take the battlefield this August. In the meantime, you can learn more at accelerategames.com.